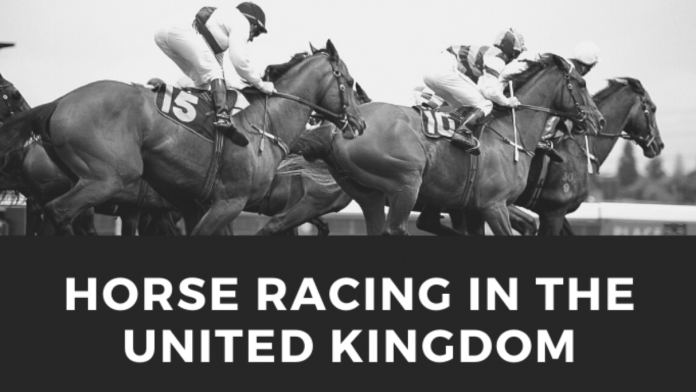 Horse racing is beyond doubt a great social event in the UK as it is the second-largest spectator sport. This strong tie between the Brits and horse racing has existed since Roman times when the English knights returned from the Crusades with Arab horses. This means that wagering money on horse races is an old practice and has become a part of British culture.

The British History of Horse Racing

The origins of Horse racing dated back many centuries to Roman times and other sports also originated there. In this Roman era, the Arab horses were bred with English ones to produce horses used in horse-race in this country. Despite the popularity of this activity there, the Jockey Club wasn’t established until 1750. The horses were used to carry loads in pre-Roman times but the change to use these beasts for races was in around 200 AD and the first horse races took place in Yorkshire in Britain.

In 1605, king James I discovered the village of Newmarket and began to spend time racing horses making this place the home of horse racing in this sovereign state. The first evening race meeting in the UK was hosted by Hamilton in 1947 and today this Wolverhampton Racecourse is recognized to hold the most evening meetings with about 50 a year.

Before the establishment of the British Horseracing Board, it was the Jockey Club that regulated and controlled horse racing. In 1993, BHB became responsible for this sport with the duty to plan strategic policy related to UK horse racing. The Horseracing Regulatory Authority (HRA) was launched in 2006 to conduct the regulatory process focusing on 13 racecourses and the gallops in Newmarket and Lambourn.

Nowadays, gambling on horse racing is easy in England with several regulated betting platforms and non GamStop sites with horse racing events that are usually bundled with interesting offers to seduce more and more bettors. No longer do they need to move on their comfort or to make the long walk to find the local bookmaker. All they just do is to find the best online sites dedicated to horse racing betting and place their bet.

To preserve the traditional practice, unlike other countries, racing in this territory usually takes place on turf making it more original and modest. Two large types of horse racing exist in Britain: Flat Racing (April-October) and National Hunt Racing (October-April).

What is Flat Racing?

Flat Racing takes place on a flat course and does not contain obstacles. The ground is generally on grass but there are some courses run on artificially ground instead of turf. Flat racing is, actually, a course without obstacles that is run over distances between 5 furlongs and 2 miles, 5 furlongs 159 yards.

This type of horse racing depends on speed, rhythm, and resistance; the horses used should be typically younger. Flat racing is the most attractive and it is not surprising when several racecourses display the finest flat racing in the world. People from all over the world come and discover the UK race tracks since they are well-reputed for their simplicity.

What is National Hunt Racing?

Known also as Jumps Racing in the UK and Ireland, National Hunt racing is a course with obstacles. Actually, with this horse racing category, races run over distances between 2 miles and 4 1⁄2 miles and usually jump either hurdles or fences.

8 Strategies for Being a Better Advocate for Yourself