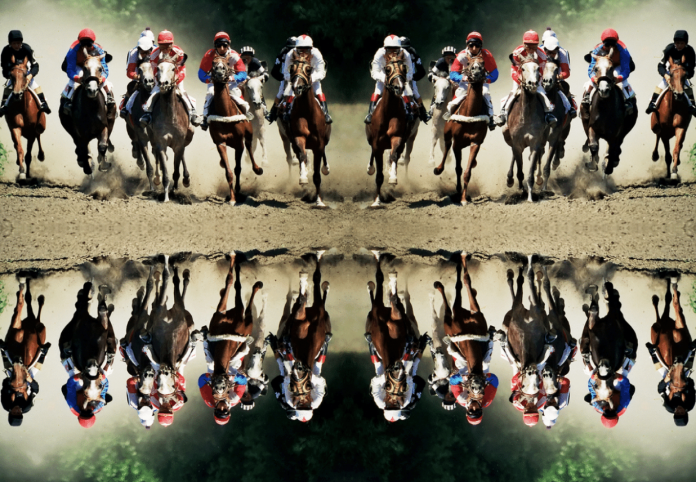 No doubt, horse racing is one of the oldest and most luxurious sports in the United Kingdom. Despite the smash hit of horse racing in all aspects, we can find only a few horse-racing references that appeared on TV or movies. But as with many other sports, the integral part of horse racing is gambling that always creates a good fan base and shows the more analytical side of the sport.

Based on this fact, and that we can follow the growing popularity of horse racing betting sites not on Gamstop via NonGamStopBets.com, we decided to gather TV shows that involve horse racing and gambling topics. Some of these movies work as a motivation, whereas others work more like educational material that teach the viewers about the adverse consequences of excessive gambling. Further are listed the television services about horse racing that are worth watching.

Written by David Milch and directed by Michael Mann, Luck is an American dramatic television series starring Dustin Hoffman and Dennis Farina. This TV show was first aired on January 29, 2012, by HBO and immediately renewed for a second season of 10 episodes. Unfortunately, the series was canceled on March 14 due to animal safety problems. In fact, three horses were killed during the series’ production which is one of the reasons to put an end to this show.

Luck is about Ace Bernstein who has been released from prison and prepares his revenge on his former colleagues who sent him to jail. His troubles started when his collaborator Turo Escalante, Pint of Plain’s trainer manipulated the odds in favour of one of his horses. Reopening the Santa Anita casino is his first revenge. Other recognized actors and actresses complete the beauty of this TV show such as Richard Kind, Ritchie Coster, John Ortiz, Jason Gedrick, Jill Hennessy, and else.

One of the popular racing shows produced by ITV Sport is ITV Racing. Aired on ITV or ITV4, this TV show started on 4 October 1969 under the title of “They’re Off” in which two racecourses are shown weekly. The programme is presented by Kevin Blake in 2019 and has several million viewers throughout the UK.

ITV Racing changed to The ITV Seven displaying the number of races shown every week. The show regained horse racing rights from Channel 4 in 2016 and came into force from 1 January 2017. This means that 40 days of racing will be shown on ITV whereas ITV4 will broadcast 60 days of racing. Several British TV channels broadcast big events associated with horseracing but ITV Racing has remained among the most reputed ones.

First aired on January 21, 2014, Horseplayers is a television show telling the story of six high rollers horse racing. The show is, actually, about 6 different handicappers trying to make a fortune with horse racing. One of their plans is to compete for the title of top handicapper in the US. These six handicappers include Kevin “the Brooklyn Cowboy” Cox, John Conte, Michael Beychok, Team Rotondo, Christian Hellmers, and Matter Bernier.

This latter is the youngest in the competition and apart from his passion for horse racing, he works as a real estate agent during the day. Michael Beychok is a political consultant in Louisiana and he is fond of betting horses. As for Team Rotondo, he is a former businessman and a team of three men who have also decided to apply their skills to horse betting. The veteran John Conte is also one of the handicappers who know everyone in the business.

First run on February 6, 2009, on Animal Planet, Jockeys is an American documentary sports reality television series that has gathered millions of fans. Broadcasted every Friday night, the show tells about the lives of professional jockeys during the thirty-day Oak Tree Meet at Santa Anita Park.

After the success of the first season, the second season was first aired on August 21, 2009, adding two other actors; Garrett Gomez and Corey Nakatani. “Win or Die Trying” for season 1 and “To Win It All You Have to Risk It All” for season 2, this documentary provides the viewers an opportunity to discover beyond the race-related experiences. The theme song to this show entitled “Stronger” was performed by Kanye West.

Taken from the book series written by Walter Farley, The Adventures of the Black Stallion is a television series starring Mickey Rooney and Richard Ian Cox. This programme was first aired on The Family Channel and YTV on September 15, 1990, but was cancelled on May 16, 1993.

The Black Stallion is the result of collaboration among New-Zealand, Canada, and France which tells about the life of a trainer and a teenaged horse race. What’s more, The Black Stallion was nominated for a Young Artist Award in the “Best Off-Prime Time or Cable Family Series” category in 1991 meaning that the series deserves to be watched.

Lessons on Life and Goodbyes From a Best Friend