Home Blogs How Can Technology Advances Increase The Accuracy of Kentucky Derby Results? 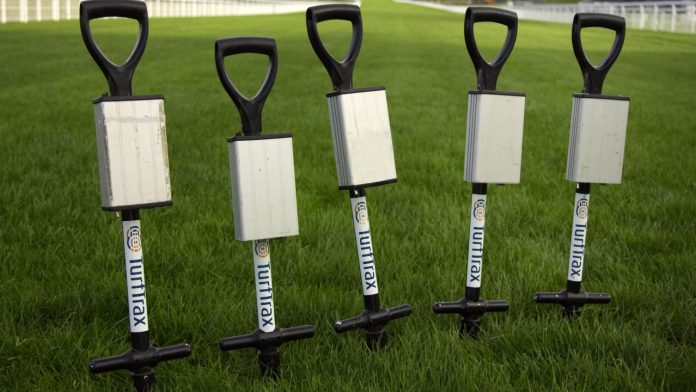 Advances in technology have regularly been introduced into sports, and with the arrival of new tech, it has led to fairer and more accurate competition.

In the case of horse racing, the evolution of technology has greatly impacted the sport. From the introduction of the first automatic gates in 1939 and the evolution of the photo finish; to drug testing, surveillance cameras in stables, and legally-approved diuretics – horse racing has undergone several transformational changes thanks to technology.

One of the more recent advancements to impact horse racing is the development of various data technologies that have helped improve the accuracy of major races like the Kentucky Derby.

This accuracy applies to both the running of the races and the ability to confidently predict the outcomes. So if you try Kentucky Derby betting at Bovada you will have more tools to get your predictions right.

Here is a look at some of the major data and A.I technology advances have helped increase the accuracy of Kentucky Derby results and other similar major races.

A pioneer in horse-racing data services, TurfTrax has created a range of products that have become fundamental to improving the accuracy of major races and increasing the wellbeing of horses.

TurfTrax’s GoingStick has, since 2007, been a trusted standard for the scientific assessment of ground conditions, providing horse trainers and punters with vital information regarding the firmness or softness of a track’s surface. Not only do these readings help in assessing which conditions might favor certain horses, but also inform trainers about how best to handle the horses to both maximize performance and prevent injury.

Meanwhile, WeatherTrax provides data on wind speed, rainfall, soil temperature, soil moisture and evapotranspiration – all of which contribute to determining the outcome of a race and provides key information to predict the results.

By collating all TurfTrax’s data services, important races like the Kentucky Derby have become much more accurate, both from a race perspective and for punters.

In 2016, the founder of an Artificial Intelligence company hit the headlines after correctly predicting the top four finishers in that year’s Kentucky Derby. But wasn’t any amount of exceptional insight or even sheer luck that delivered the 540-1 shot – instead it was based on swarm intelligence.

The premise of swarm intelligence is that the collective intelligence of a group of people can more accurately predict the outcome of an event better than any one individual, even if that individual possesses larger knowledge than the group.

In the case of the 2017 Derby, UNU – a software platform which utilizes swarm intelligence – included 20 people all with good knowledge of the Churchill Downs race and asked them to whittle down the competing horses to a top four. The swarm within the software then determined the winning order.

Dr. Louis Rosenberg, CEO of Unanimous A.I. – the company behind UNU – put his faith in the software and placed a $20 bet on the predicted outcome and won nearly $11,000.

“When groups of organisms come together in a system — when fish form schools, birds flock — biologists call this swarm intelligence,” Dr. Rosenberg said. “Research that shows when animals in nature come together in swarms, they can enhance their intelligence to levels they just could not have as individuals.”

It appears the same may apply for accurately predicting the results of horse races, and Dr. Rosenberg’s results using his UNU software led to a partnership between Unanimous A.I. and the Kentucky Derby for the 2017 race.

Of course, racing results can never be predicted 100 percent accurately, and UNU failed to emulate its 2016 performance the next year (it missed out on two of the four horses), but it does go to show the potential power of A.I in the horse racing world.

Also in 2017, Churchill Downs Incorporated – the owners of the Kentucky Derby – announced that their official mobile betting partner, TwinSpires, would relocate from California to Louisville as part of ambitious plans to “drive innovation in horse racing”.

Betting has always been synonymous with horse racing and bookmakers have done more in pioneering the advances of technology than almost any other industry associated with the sport.

Technological advances, however, have transformed horse racing betting from standing in lines at the track to being able to bet straight from your phone. Mobile betting has not only made it easier for bettors to wager on races but also provided betting companies the platforms to share in-depth data, knowledge, and expert opinion with their customers.

That is why many of the best mobile betting platforms – including Churchill Downs’ very own TwinSpires – have resources that can improve the accuracy of their predictions for races like the Kentucky Derby. They will, of course, use data-driven information from companies like TurfTrax as well as their own form of swarm intelligence by collating the thoughts and analysis of their experts.

4 Signs it’s Time to Move on From Your Trainer