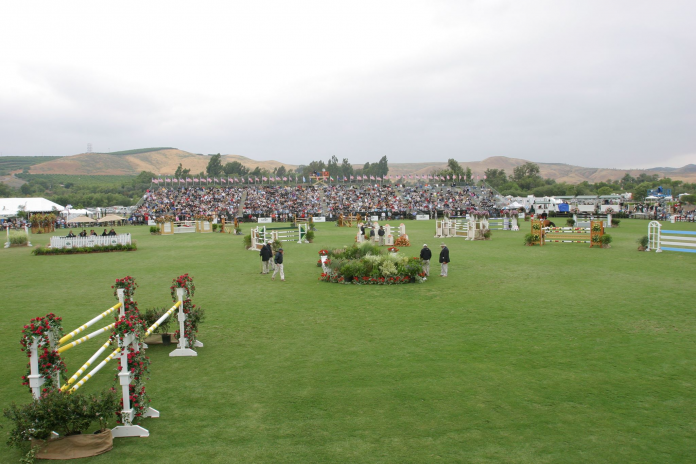 The Rancho Mission Viejo Riding Park—also known simply as, the “Riding Park” is the home of Blenheim EquiSports in San Juan Capistrano, CA. The venue hosted approximately 7,500 horses at 16 week-long events in 2021, and after commissioning Tourism economics to conduct a comprehensive economic impact analysis, the venue and the organizing committee can truly say that they’ve put their money where their mouth is.

The numbers don’t lie. The Riding Park has made a significant impact on the local economy, directly and indirectly, through spending, jobs and tourism. Tourism has published its study, which sheds light on the true impact of a horse show venue on an economy.

According to the report, total direct spending associated with the Riding Park in 2021 amounted to $62.7 million. This number comes from both operating costs and money spent from out-of-town exhibitors at local hotels, restaurants and other establishments.

The expenditures were further broken down into industry. Out-of-town attendees and staff spent $52.1 million in
the local economy in 2021:

Total direct spending associated with the Riding Park is expected to amount to $1.8 billion during the 20-year period from 2021 to 2040.

The Riding Park directly supported 789 full-time and part-time jobs in 2021, which includes 110 indirect jobs and 103 induced jobs, according to the report. The majority of these jobs were in the food and beverage industry. Recreation and entertainment was the second-leading category. This industry was also the most impacted industry in 2021 when it came to direct wages, generating $7.2 million in that category.

The Riding Park’s total economic impact of $108.7 million generated a total fiscal (tax) impact of $22.1 million in 2021, according to the report.

A $3.2 million renovation is planned in the immediate future for the Riding Park, which will include renovations to improve the water quality, restrooms, and the perimeter and entry landscape, hardscape and signage. According to the report, the Riding Park is expected to “generate significant economic impacts as money is spent in the local economy to renovate the existing Riding Park over the next 20 years.”

The full report can be viewed here. The overarching theme is that a horse show venue can benefit a local economy in many ways. Its reach extends far beyond its property lines.

Score of the Century for Susann Bobley and Fargo