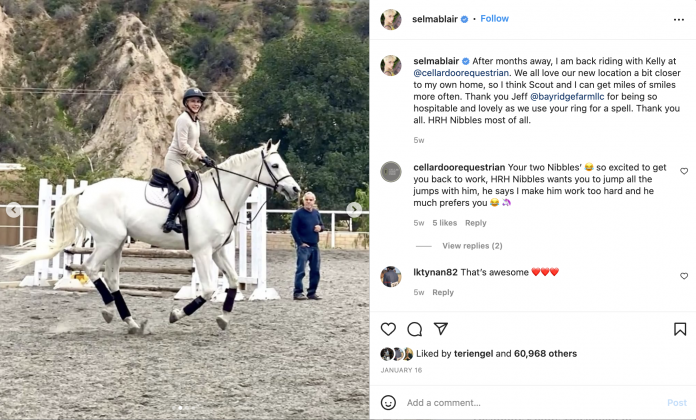 Selma Blair, known for her roles in Legally Blonde and Cruel Intentions, was recently spotted competing at LA February in Los Angeles on a grey gelding. Blair, who was diagnosed with Multiple Sclerosis in 2018, has been open about her battle and the road to recovery. In 2021, Blair released a documentary titled Introducing, Selma Blair capturing her struggles and experiences post-diagnosis. After a long battle, she has seen vast improvements. Her MS is in remission; however, there is no cure. Blair received a fifth place at the West Palms Event Management horse show, and was seen walking around with her service dog, Scout.