Home Blogs COULD HILLCREST BE THE SURPRISE AT CHELTENHAM? AND WHY NOT AINTREE? 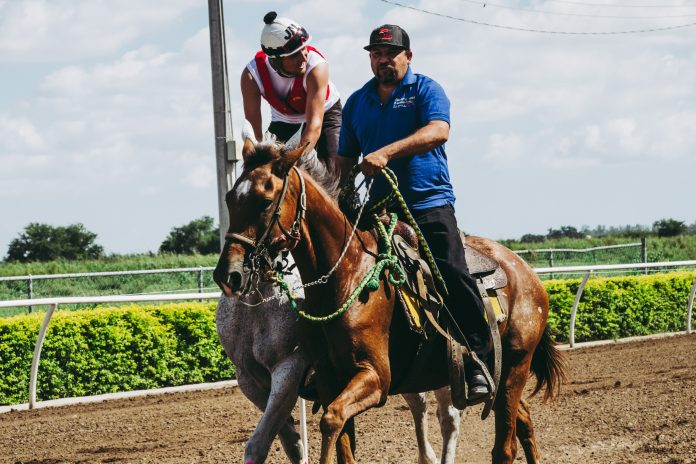 Hillcrest is likely to run three miles on his next outing. Still, trainer Henry Daly is confident that the impressive Haydock winner on Saturday has the makings of a Grade 1 runner over a shorter distance and could be a factor come March at Cheltenham, or April at Aintree.

With Tiger Roll out of Aintree, this could become an exciting development to keep an eye on and get fans thinking of how to bet on the Grand National online.

The huge son of Stowaway overcame the misfortune of being knocked out of the race by the fall of Harper’s Brook at Cheltenham last month with an eight-length victory over Crystal Glory, following which the bookmakers lowered his odds for the Albert Bartlett at Cheltenham.

That win was the centrepiece of a fine treble that day for Daly, who also scored at Ascot with Randox Grand National hopeful Fortescue and Guillemot.

Of Hillcrest, who carries the colours of the late Trevor Hemmings, Daly said: “He has a fantastic sense of racing, and nothing scares him. Once you have that on his side, it doesn’t make my job any easier.

“It really didn’t bother him, and when we trained him the following week, he didn’t care at all, and it’s a great situation for him.”

“What makes him different from the others is that I think we can get back to two and a half if we need to. The last two runs he has done have been exceptionally fast compared to the other races on the day.”

“On Saturday, he was much quicker than the Rendlesham race and the Pertemps qualifier, and on New Year’s Day at Cheltenham, he was more than two and a half quicker.”

Daly added: “He may look it, but he is not slow, he just has a huge gallop.

“I don’t think two-and-a-half is a big problem, but it’s also pretty obvious that three has run pretty well.”

Coral and Ladbrokes put Hillcrest at eight to one for the Albert Bartlett. While Daly and race director Mick Meagher will consider the possibility of waiting for Aintree, the 70-year-old was in fine form on Sunday.

“I don’t think he needs to contest both [festivals],” said Daly. “He didn’t seem to have a particularly tough run at Haydock, which is great.

“Tom, who looks after him, said he only blew five or seven minutes afterwards, which is great on that three-mile course.”

Daly would like to run Swinley Chase winner Fortescue in the National, but he has to resign himself to waiting to see if he gets in.

He has been rated at 143 points, which puts him 67th on the list for a race with a maximum of 40 starters.

Daly said: “I went to the weights for lunch and when they came out I counted backwards and thought ‘oh…’. I feel like he’s either going to go in by one place or miss it by two, because that’s the law of nature, right?”

“I’d love him to go in, but I just feel like it’s not going to happen. After Cheltenham, a lot of things are going to come out; Mr O’Leary is taking out Tiger Roll. It’s going to be very close. He gives the impression that this race is made for him.”