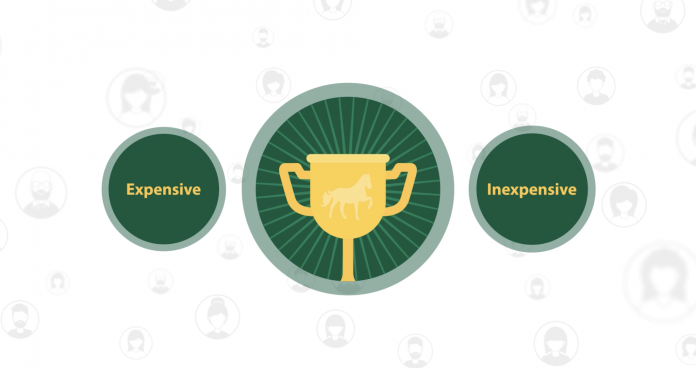 “I don’t want my kids to grow up in a horse show world where they separate the athletes by income level instead of skill level,” says organizer Brian Wee

BY THE PLAID HORSE STAFF

Brian Wee is the driving force behind the Unsanctioned Hunter/Jumper Task Force. As a rider who has experienced the show world as a junior, professional, and amateur, Wee has developed this group in an effort to provide more balance to the industry through the rules of USEF and USHJA.

The task force aims to pass a rule change that would help eliminate the divide between expensive and inexpensive horse shows that form limitations for high status awards and points, giving advantage to those who have access to bigger, more expensive shows.

“Horse show organizers are incredibly important and crucial to the health of the sport and I have a lot of respect for what they do,” says Wee. “However, too many rules in the USEF/USHJA rule book have been written through their eyes, and it no longer makes sense to the rider. What I’ve noticed is that the rules are giving advantages to riders who are able to compete at more expensive shows with bigger facilities and arenas.”

Wee says that the modern-day horse show organizer deserves respect and value; however, he does not believe the rules should be written through their eyes and only protect certain groups of people. His goal is to propose rule changes that would make these rules equal to each rider, no matter their financial status.

“I hope viewers see how foolish it is to connect facility requirements with prize money, total number of divisions, and awards you get. It’s not a fair way to classify riders. It’s not fair to have a system that automatically awards riders simply for being able to afford and compete at a facility that has bigger arenas,” says Wee.

He believes that show jumping is the only sport where athletes are categorized based on finances, and also says that horse shows in other countries do not abide by such rules that create these divides.

“It would be like if the tennis industry gave their players more points for competing at a facility that has 50 courts and gave fewer points for a victory at a facility with only two tennis courts…when, really, the only thing that matters is who you beat,” says Wee. “We should be looking at the riders, and their ability, not the facility where they competed. I think we’re the only country and only sport that doesn’t have any merit-based filters on their competitions.”

Wee came up with the idea of creating an unsanctioned task force after meeting with USEF’s CEO and President of the Board of Directors when he realized he could make a difference himself.

“Anyone can propose a rule change—it gets commented on by various committees and then the board of directors either stands for or against the proposal,” says Wee. “For people that want to rewrite the rules through the eyes of a rider, we’re going to write these rule change proposals, submit them, and follow them. We will be able to see which committees recommend them, and see who is on those committees and we can reach out and try to understand why they want to keep these rules in place.”

He hopes that this video will raise awareness surrounding the issues he sees in the rulebook today, and encourages anyone who feels the same to join him in the fight to make a difference. “This is important to me because I don’t want my kids to grow up in a horse show world where they separate the athletes by income level instead of skill level,” says Wee.

To get involved, riders can share this video, or to meet with the group, click here. The task force meets on Zoom every Friday at 10:00 a.m. EST.

A Spectator’s Guide to WEF