Home Blogs Will Minella Indo win the Gold Cup for the second time? 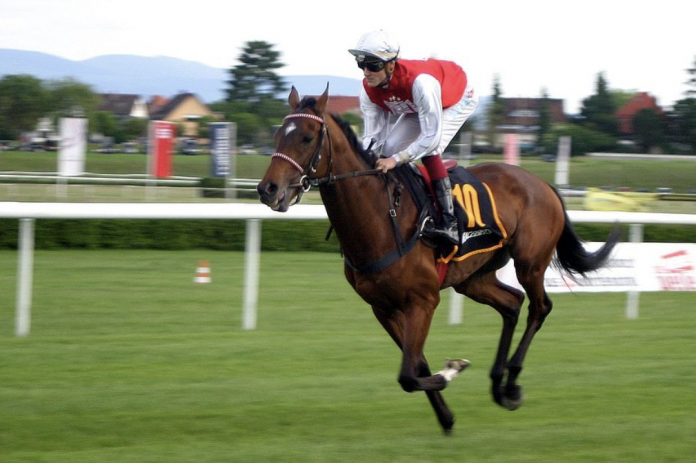 One of the key events on the horse racing calendar is the Cheltenham Gold Cup, a National Hunt race run over three miles and two furlongs with a total of twenty-two fences. The Gold Cup race is run as part of the internationally renowned Cheltenham Festival which takes place in March every year.

The race is one of the most prestigious in the country, offering the largest prize of any non-handicap race in Britain with a total prize fund of £468, 750 available in 2021. Many of the nation’s best-known and best-loved horses have won it over the years, including:

Although it is not uncommon for a horse to win more than once, it is always exciting to see familiar names come up in races such as this. In recent years, Best Mate, Al Boum Photo, and Kauto Star have all romped home to victory more than once and experts are speculating on whether last year’s winner, Minella Indo, could add their name to this esteemed list.

Having won the title already, there is no doubt that Minella Indo has the capacity to take the top spot, but experts are speculating on whether that is likely as they examine his form. At nine years old, Minella Indo could be coming into his prime, especially given that his mother was famous race-winner Carrigeen Lily whose parents were also successful racing horses.

With this pedigree, it does seem that Minella Indo is still one of the favourites to win the Gold Cup according to the Cheltenham Gold Cup Tips, but there is still all to play for as the result is far from a forgone conclusion. There have been some surprising results over the last few years that would be enough to remind anyone that anyone there’s all to play for until the race is actually over.

What can fans expect from Minella Indo?

As one of the most exciting horses on the scene today, Minella Indo has won prizes totalling more than £3772,000 between the ten wins he has achieved during his career. He has often been ridden by Rachel Blackmore, an internationally renowned jockey who has earned an excellent reputation on the racing scene as the first woman to win the Grand National.

She is also one of the leading jockeys of the Cheltenham Festival with six victories to her name. Although none of these have been with Minella Indo, his work with jockeys of her high calibre indicates his potential and if he can pull off another success, he will enjoy an even more impressive record as a two-time Gold Cup winner.

But Minella Indo’s 2021 Cheltenham Gold Cup success was with Jack Kennedy in the saddle, but Robbie Power will be riding him in this year’s competition, according to trainer Henry de Bromhead. Kennedy is set to be riding Delta Work for this year’s race while Rachel Blackmore is likely to be riding A Plus Tard, providing an opportunity for Power to prove his prowess against an all-star line-up of both horses and jockeys.

Who will be riding Minella Indo at this year’s Gold Cup?

Robbie Power has already ridden Minella Indo in the Irish Gold Cup, and although they didn’t win, they came a close second which was enough to convince de Bromhead that the pairing could yield even better results at Cheltenham. Minella Indo put in a poor performance at the King George VI Chase at Kempton on Boxing Day when, after appearing to be in line for the win, he appeared to suddenly weaken to the point where Rachel Blackmore pulled him up.

Reports from his trainer suggested that he had been off his game, but de Bromhead was confident that he would be on better form by the spring. This has been borne out by his more recent form at Leopardstown which will have given Robbie Power the confidence to take him into the Cheltenham Gold Cup as one of the favourites to win.

Robbie Power has had a difficult time himself but appears to have recovered from the fractured hip that he sustained at Tramore last October. He has developed a good rapport with Minella Indo and Power is expected to bring out the best in him in this year’s race.

Who will Minella Indo be up against?

Although many fans will be hoping to see another win from Minella Indo, there are other contenders that could be in with a chance to win this year’s Cheltenham Gold Cup. These include A Plus Tard who was only a length and quarter behind Minella Indo in last year’s race and Galvin who beat A Plus Tard at the end of 2021 to earn a place as one of this year’s favourites.

There will also be plenty of eager fans hoping to see a third win from Al Boum Photo who has form for finishing in the top three and is expected to give another impressive performance this year. After winning in 2019 and 2020 and coming third in 2021, Al Boum Photo went on to win at Tramore over New Year confirming his potential and contributing to his position as one of the favourites in this year’s Gold Cup.

With so many hot contenders in the line-up, this year’s Cheltenham Gold Cup is sure to be an exciting one and racing fans will be on the edges of their seats to see who comes out on top.

It’s Been a Hard Year, So Here are Some Horses in...