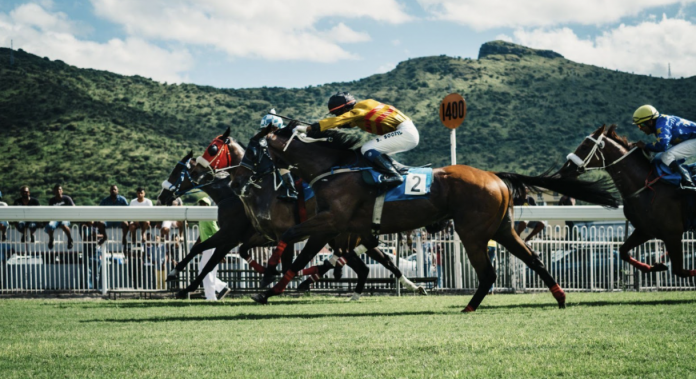 The Arkansas Derby, one of the final races for the second leg of the 2022 Road to Kentucky Derby series, is just a month away now.

The annual event will be held at Oaklawn Park in Hot Springs, Arkansas.

The winner of the race will pocket an ultra-valuable 100 qualifying points for the Kentucky Derby. Second place will take home 40, third place 20 and fourth place 10. The purse for the winner is a grand total of $1.25 million.

Messier and Epicenter share the highest betting odds of winning the 2022 Kentucky Derby at 12/1, followed by Smile Happy and Corniche (14/1). Sports fans in the Bear State that want to bet on the race can use Arkansas Betmgm and other horse races can make risk-free bets of up to $1,000 through BetMGM.

The Arkansas Derby race, which started in 1936,  is limited to three-year-old horses. The left-handed track covers 1 ⅛ miles.

The Arkansas Derby is one of three races that will take place on Apr. 2 during the second leg of the series. The Florida Derby (at Gulfstream Park in Hallandale Beach, Florida) and the Jeff Ruby Steaks (Turfway Park  in Florence, Kentucky) will run on the same date.

LIke the Arkansas Derby, the Florida Derby and Jeff Ruby Steaks also carry the 100-40-20-10 point systems.

After Apr. 2, there are only four faces left on the Road to the Kentucky Derby: The Blue Grass Stakes (Keeneland Race Course in Lexington, Kentucky), the Santa Anita Derby (Santa Anita Park in Arcadia, California), and the Wood Memorial Stakes (Aqueduct Racetrack in Queens, New York).

Finally, the Lexington Stakes — considered a “wild card” event — will run at the Keeneland Race Course. That event carries a point system of 20-8-4-2.

Super Stock (jockey Ricardo Santana Jr.) was the winner of the 2021 Arkansas Derby. The 2020 event was split into two races. Charlatan (jockey Martin Garcia) and Nadal (jockey Joel Rosario) won the first and second divisions of the 2020 Arkansas Derby, respectively.

All told, there are currently 18 horses with at least 10 points on the Derby leaderboard.

Un Ojo is coming off an unlikely victory at the Rebel Stakes, which was held at the aforementioned Oaklawn Park. With the win , Un Ojo claimed the $1 million purse and 50 important points that practically locked down a spot in the Kentucky Derby.

There are two races that run the 100-40-20-10 point systems, and both of them will run on Mar. 26: The UAE Derby (at the Meydan Racecourse in Dubai, United Arab Emirates) and the Louisiana Derby (the Fair Grounds Racecourse in New Orleans, Louisiana).

Just over a month remains in the qualifying for the Road to the Kentucky Derby, which will once again run a field of 20 horses.

“I Euthanized Your Horse Today” – Skip’s Story of Rescue and...