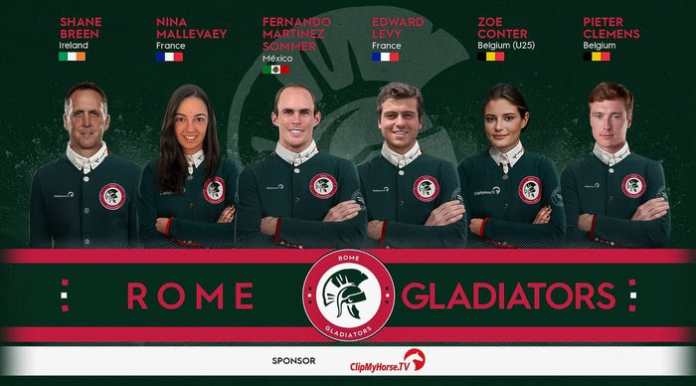 Doha, Qatar – The Rome Gladiators are ready to take on the world in the Global Champions League season opener in Doha, Qatar, from March 3 to 5, 2022.

The Rome Gladiators, powered by ClipMyHorse.TV, are comprised of Shane Breen of Ireland; Pieter Clemens and Under 25 rider Zoe Conter, both of Belgium; Edward Levy of France; rising French star Nina Mallevaey; and Fernando Martinez Sommer of Mexico.

Breen, Clemens, and Martinez Sommer have been tapped to represent the Rome Gladiators in the opening event of the season. This year’s Global Champions League tour, the team event organized alongside the Longines Global Champions Tour, will include 17 stops at awe-inspiring venues around the world, including Rome, Italy, from September 1 to 4, 2022.