Home Blogs The Return of Horse Racing: Top 10 Races and Festivals in 2022 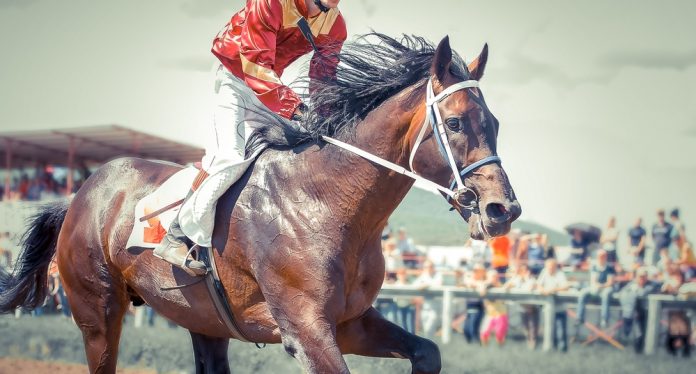 By far, the last two years were among the most challenging and nerve-racking periods in the 21st century. The unexpected drastic impact of the COVID-19 pandemic has left the world with no choice but to put everything to a halt. Whether local or globally renowned, no event or industry was safe from major changes, even including the billion-dollar industry of horse racing.

Lockdown restrictions were placed several times in multiple countries across the globe, especially those where horse racing is a revered sport and valued business market. The third lockdown in the U.K. in January 2021, for instance, has arisen matters whether or not horse races will resume.

Now that the pandemic slowly subsides, we are certainly seeing that horse racing is making a comeback this 2022. So, here we list down the top 10 races and festivals in the world for you to watch out for.

The Pegasus World Cup is one of the biggest stakes races in the world, with a purse of US$12 million in its first run in 2017. Thoroughbreds aged four and above compete in Gulfstream Park in Hallandale Beach, Florida, over a distance of 1 1/8 mile (1,810 metres).

If you’re looking for a way to get away from your daily grind and have a little fun, you’ve come to the right place! The Cheltenham Festival is a horse racing-based meeting in the National Hunt racing calendar in the United Kingdom, with race prize money second only to the Grand National.

The Kentucky Derby is the first leg of the highly prestigious United States Triple Crown. It is a horse race like no other, considered to be one of the longest-running sporting events in American history.

Akin to Kentucky Derby, Epsom Derby is a horse racing culture more than it initially started as a competitive race. It is the second leg of the esteemed English Triple Crown, preceded by the 2,000 Guineas Stakes and followed by the St. Leger Stakes.

The Royal Ascot in the United Kingdom is undoubtedly the most renowned, valuable, and elegant racing meeting in the world. It takes place every year in June at Ascot Racecourse, where members of the royal family, social elites, and celebrities attend dressed to the nines in their most opulent and trendy attire. It’s a tribute to the sport’s opulence, royal history, and glamour.

The Everest is the world’s richest race on turf. It is a 1200m race with no barriers, featuring a challenging field that has to navigate its way around numerous horses on the inside that are already in motion.

The Melbourne Cup is Australia’s most famous annual Thoroughbred horse race for three-year-olds and over. It is the richest ‘two-mile’ handicap in the world, and one of the richest turf races.

The Japan Cup is one of Japan’s most prestigious horse races. As it counts as points toward the World’s Best Racehorse Rankings, it continues to attract some of the best horses in the world.

Horse racing is making a comeback, and it will be 100% successful when we have arrived at the Welsh Grand National. It is a yearly Grade 3 National Hunt steeplechase in Great Britain.

Can You Apply CBD Cream To Treat Sunburn?