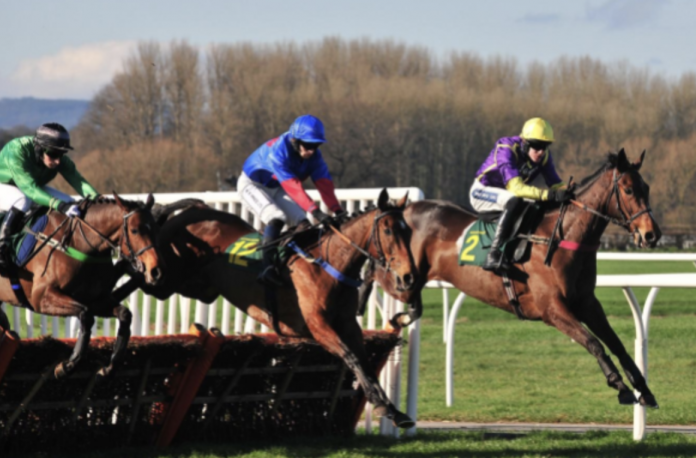 Rachael Blackmore’s exploits at the 2021 Cheltenham Festival gave the Irish jockey international attention, and no short measure of adoration at home. If you weren’t aware, Blackmore set several records at the renowned jumps racing event, including becoming the first woman to win the Top Jockey Award. Blackmore is now a household name in the UK and Ireland (she gained more fame when becoming the first female rider to win the Grand National), and she seems to relish the extra pressure that her fame gives her.

Blackmore will be back at the 2022 Cheltenham Festival (15th – 18th March), and she has some hot tickets like Honeysuckle (Champion Hurdle) and Bob Olinger (Turners’ Novices’ Chase). But there will be a lot of scrutiny on Blackmore’s chances in the Gold Cup. The tips and predictions for Day 4 of Cheltenham will often focus on the Gold Cup, given it is the most prestigious race of the Festival. There are six other great races that day, too, including the Grade 1 Triumph Hurdle, but everyone wants to win the big one.

And, as it happens, Blackmore is set to ride the current Gold Cup favorite, A Plus Tard. Now, there is a little bit of a backstory to this, one that shows some of the conundrums that can face top jockeys before a big race. Blackmore rode A Plus Tard in the Gold Cup last year, finishing in second place behind Minella Indo. However, as both those horses are trained by Henry de Bromhead, for whom Blackmore is the principal jockey, she could have chosen either ride. It wasn’t to be, though, and Jack Kennedy took the spoils onboard Minella Indo.

That same conundrum will face Blackmore on 18th March when she will have first dibs on de Bromhead’s horses for the Gold Cup, and that means a choice between A Plus Tard and Minella Indo again. She has ridden both on several occasions since last year’s Gold Cup, but there is a consensus that she will opt for A Plus Tard. The horse certainly has the bettor form and will be all the better for having the experience of last year’s run. Minella Indo is a bit of an enigma, pulling it out of the bag when expected to lose and disappointing at times when expected to win.

Other runners have great chances

Of course, it’s not as simple as saying that this race is a toss-up between de Bromhead’s two charges – far from it. The Gold Cup is the premier event for long-distance chasers, and there are at least half a dozen runners with serious chances and half a dozen more that could spring a surprise. For example, Galvin, who is the current second favorite, has a win over A Plus Tard under his belt already this season. Tornado Flyer has the accolade of being the most recent King George VI Chase winner. And we can’t forget Al Boum Photo, the two-time winner regarded as a Gold Cup specialist.

And while it probably does a disservice to the rich history of the Gold Cup to say that this race is all about one jockey, we can’t help but feel the stage is set for Blackmore this March. On a broad level, a victory for Blackmore would further vindicate those asking for female jockeys to get more chances in the blue-chip events. And on a personal level, it would further grow the consensus that Blackmore is the best national hunt jockey on the planet right now.