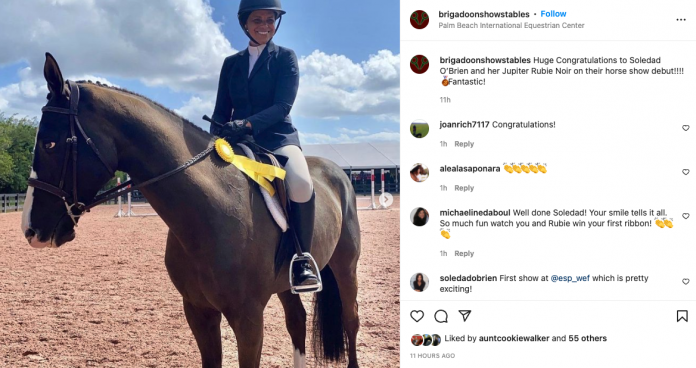 Soledad O’Brien is an American Broadcast Journalist known for her hosting role on the political magazine program Matter of Fact with Soledad O’Brien, and for past roles as an anchor for CNN, MSNBC and NBC. She was spotted this past weekend competing in Wellington on Jupiter Rubie Noir, a bay gelding. O’Brien has been recognized with three Emmy awards, has been published in the op-ed sections of The New York Times and Huffington Post, and reports regularly for HBO’s Real Sports with Bryan Gumbel. O’brien received a third and sixth place in the Rusty Stirrup under saddle classes in her first ever trip to Wellington, FL during WEF 9.