Home Blogs Ruby Walsh’s selections for every race on day one of the Cheltenham... 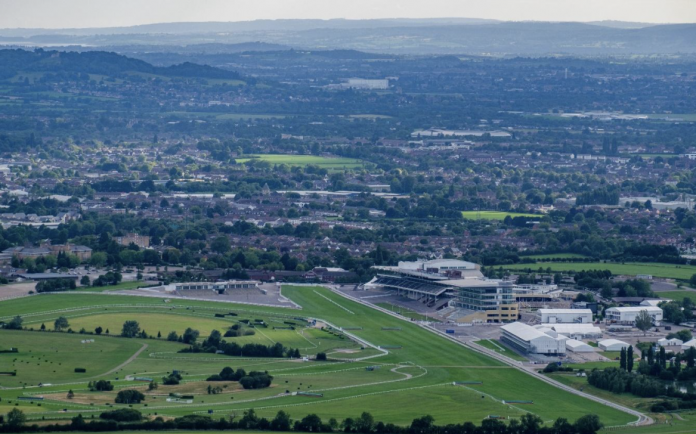 The Cheltenham Festival is finally here! With racegoers returning to Prestbury Park for the first time in two years, punters will be grabbing their glad rags and heading to the Cotswolds as we speak — getting ready to soak up the incredible atmosphere trackside, sinking pints of the black stuff in the Guinness Village and hoping to pick their fair share of winners over the course of the four days.

The majority of day one’s races are proving incredibly difficult to call though, leaving those looking for the best Cheltenham bets racking their brains over who to pick, especially in the likes of the Supreme Novices’ Hurdle and the Arkle. But if there’s anyone to seek tips from when it comes to the Festival, it’s Ruby Walsh — after all, the 42-year-old boasts a whopping 59 winning rides at Cheltenham from his lengthy career as a jockey.

Luckily, the Irishman recently appeared on Paddy Power’s From The Horse’s Mouth podcast ahead of the meeting getting underway on March 15th, and speaking to Frank Hickey, Walsh gave away his selections for all seven of the races on the exciting Champions Day card. Read on to find out more!

“Dysart Dynamo and Kilcruit are both in great form and they’ve got real chances. There’s a lot of talk about Constitution Hill too. However, I’m with Jonbon. I’m not a huge believer in pedigree but dry ground and Walk In The Park springs to mind.”

“Edwardstone has the strongest form and hasn’t done anything wrong, he’ll be hard to beat. However, his price isn’t great. Riviere D’etel has always had experience, which gave her an advantage over the likes of Blue Lord, Haut En Couleurs and Saint Sam. I’m going to take on the top three in the betting and side with Saint Sam. I’ve been torn between him and Haut En Couleurs but I just like the way Saint Sam jumps. Two mistakes cost him at Leopardstown. He’s brave, low and accurate. I’m willing to chance him each-way.”

“I tipped up Ben Dundee as my ante-post pick and I’m sticking with him. Danny Mullins is on board for Andrew Lynch. He was second in the Paddy Power at Leopardstown over Christmas to School Boy Hours. Enjoy D’allen was third, Braeside was fourth and Death Duty was fifth. They’ve franked that form so Ben Dundee is my each-way play.”

“Honeysuckle is an incredible mare but the only danger to her is Appreciate It. He was a brilliant novice last year, he’s in good form and he travelled over nicely. Even though I’m in the Willie Mullins camp, if you offered me a ride tomorrow, I’m on Honeysuckle.”

“This is a competitive race but we don’t have any standout runners. Telmesomethinggirl was a good novice last season and won the Mares’ here but I’m not convinced about last season’s Mares’ Novices’ Hurdlers. I like Stormy Ireland. Her form has been solid all year and she has a great chance. The ground will suit her too. Stormy Ireland will want a good gallop and she’s a great each-way price.”

Gaelic Warrior is a lovely horse and a strong stayer. We’re hoping the race will suit him but he takes up too much of the market. He’s created great each-way value for other horses. An interesting one is Bell Ex One for Paul Nicholls. He beat Sea Sessions at Punchestown in October and he could be interesting. However, there’s massive value in the Gordon Elliott horses. Ebasari and Britzka are the main ones. With Paddy Power paying six places instead of four, it makes sense to back Bell Ex One, Ebasari and Britzka in each-way punts.