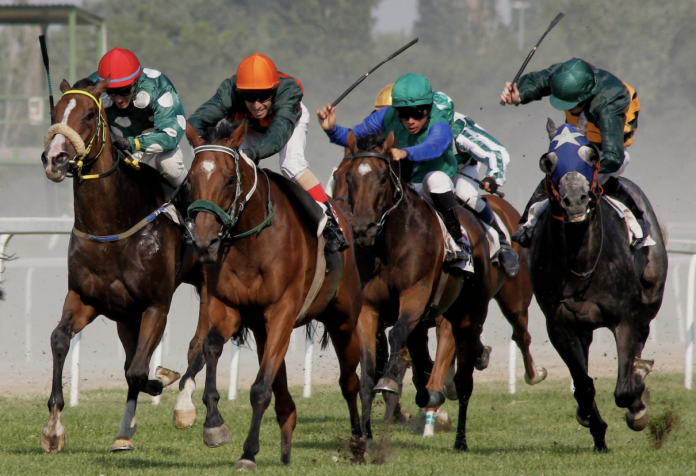 The prep races for the 2022 Kentucky Derby have begun, and there are already a few front runners. And there’s a lot to sort out off and on the track with the big race just two months away.

With these races, bettors can better understand how the field might shape up and what kind of betting value there could be on Derby day. However, it’s important to remember that anything can happen between now and then.

A lot can change in two months, but it looks like we could have a very competitive Kentucky Derby on our hands. Here are the early front runners for the big race.

Emannuel is one of the 2022 Kentucky Derby contenders. Not because of his accomplishments but because of his potential. The colt has not raced in stakes company yet. However, so far, Emmanuel is 2-for-2 for trainer Todd Pletcher.

The promising horse has been training superbly at Palm Beach Downs since his win in Tampa Bay Downs allowance field. Hard Spun is Emmanuel’s damsire, was second in the Breeder’s Cup Classic and Derby in 2007.

This colt held a fantastic victory in the Sam F. Davis Stakes under jockey Irad Ortiz Jr. Classic Causeway burst right out of the gate, took the early lead, created some quick fractions, and crossed the finished line.

Classic Causeway earned a Beyer Speed Figure of 88 points for that win, which is relatively low compared to the live-action. And that was the debut for the three-year-old horse, who ended the year 2021 with a runner-up place in the juvenile race at Churchill Downs.

Epicenter has just recently won the Risen Star stakes by about three lengths with a Beyer Speed Figure of 98 points. His victory put him at the top of the 2022 Kentucky Derby leaderboard with a total of 64 points.

With the way things are looking, it seems like Epicenter has an excellent chance of winning the Kentucky Derby this year. He is a top contender and has consistently performed well and excellently in his races.

Messier is one of the favorites in the sportsbooks. His Beyer Speed Figure is 103, the fastest of any three-year-olds this year. The question left now is will he be able to compete in the Derby?

Bob Baffert trains and cares for the colt. Because of this, Messier has zero points so far, even with a fifteen-length victory last month in the Robert B. Lewis Stakes. His conglomerate of owners and trainer Bob Baffert has been mum on their plans. Messiers is too good to leave out of the top contenders for the Derby, even with his trainer’s issue.

On January 29, Forbidden Kingdom won the San Vicente Stakes at Santa Anita Park, the longest race he has run so far. However, the race was only seven furlongs. This weekend, Forbidden Kingdom will get his first chance at two turns, and the question many bettors ask is how he will handle the added distance.

The colt’s sire is American Pharoah, a Triple Crown champion. With this being said, many experts and bettors alike are giving an edge to the colt this weekend. We will have to wait and see what happens in the coming weeks, but one thing is for sure: this colt has a lot of talent and potential.

Despite Smile Happy’s loss in the Risen Star Stakes against Epicenter, many still loved and favored the colt. The loss didn’t affect the fans’ spirits, though. They’re even more excited to see how the colt develops. There’s no doubt that he has a lot of potential, and we can’t wait to see him grow.

Why? It’s because it was the horse’s first race in almost three months, and it was clear that he had some rust. Still, he managed to finish strong against one of the best opponents on the field. In their next race together, we’ll see how Smile Happy fares against the competition.

Rattle N Roll hasn’t raced in more than four months. But in late January, he resumed training and is coming off two unique workouts. Though we haven’t seen in a while, his trainer Kenny McPeek is confident that Rattle N Roll is ready to race. Rattle N Roll will make his return to the track this Saturday in the Fountain of Youth Stakes.

The Kentucky Derby is one of the most famous horse races globally, and it’s not hard to see why. The event is full of tradition, pageantry, and excitement. And, of course, there’s the gambling. Placing a bet on the Derby can be a daunting task, but with the right tactics and strategy, you can come out on top and win lots of money.