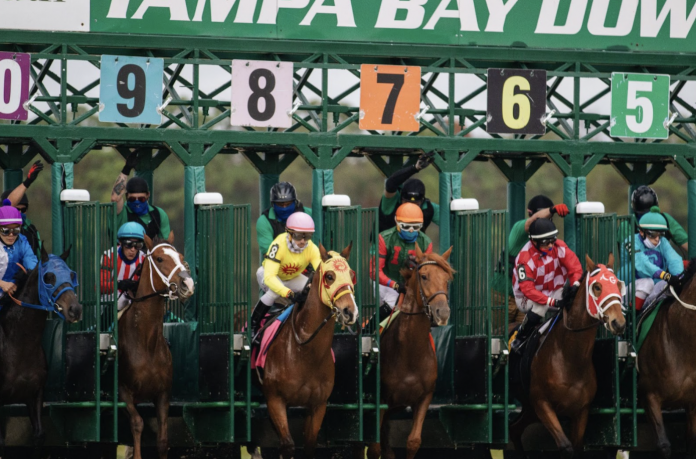 Every once in a while, there is a racehorse that comes along and transcends the sport for the era that it competes. At the beginning of October, we could witness Enable winning an unprecedented third Arc success to end her career; a success that could highlight her place as one of the greatest horses to ever grace the track. But, how will her achievements match up against other famous runners? Want to bet on horse racing? try HotSlots VROČE CASINO IGRE.

Red Rum’s role in racing far exceeded what other horses have been able to do throughout their careers. He lifted a gloom around the United Kingdom during the recession through warming the hearts of all race fans. He was born with an incurable bone disease, but despite this, he went on to win three Grand Nationals; including two consecutive successes, which was only matched by Tiger Roll last year for the first back-to-back winner in 42 years. His record in the National was fantastic, as the two occasions which he didn’t win; he was still able to finish second. He retired from the sport in 1978 having never fallen on a national hunt course.

Arkle was a unique horse that managed to captivate the public in a way that few other horses could. The legendary horse was renowned for his versatility as he won races over a range of distances and conditions. Arkle saved his very best form for the Cheltenham Festival, and he won three successive Gold Cups. His finest honour came when he won the Irish Grand National despite carrying more than two stone more than his rivals. At his peak, he held the record TimeForm ranking of 212, something that no other steeplechaser can claim to match.

Frankel is largely considered as the greatest horses to grace the track, and over his career that spanned 14 runs; he was never beaten. He won eleven Grade 1’s, which also included the 2,000 Guineas. The one thing that held him back during his career was the fact that his speciality was over a mile, which meant that he never competed for the other Triple Crown honours.

It had been nearly 40 years since an American Triple Crown winner before the running of the 2015 Kentucky Derby. However, that was to change after American Pharaoh won by just a length, before adding the Preakness Stakes and then the Belmont Stakes. His history was remarkable, but how he was able to beat his rivals comprehensively was astonishing. He was eventually defeated in the Travers Stakes, before cementing his place at the first Grand Slam champion by winning the Breeder’s Cup Classic.

This legendary horse was one of the most lucrative of all time after winning over $2 million on the track during his career. His defining moment came in 1978 when he won the Triple Crown before going on to win the first-ever showdown before two Triple Crown winners in the Marlboro Cup Invitational against Seattle Slew.

It is rare for an entire country to mourn the loss of one horse, but that was the case when Secretariat was put to rest in 1989. He was once considered too attractive to be a racehorse, but he made a mockery of that statement throughout his career. At two-years-old, he won eight consecutive races, before winning the Triple Crown. He won the Belmont Stakes by a distance of 31 lengths, which remains a record for the Derby which has never been broken.

There may not ever have been a horse that could have claimed to enjoy the dominance that Winx did throughout her career. She won 33 races in a row, including 25 Group 1’s. She was named as the best filly in the world for three straight years between 2016 and 2018. She was also inducted into the Australian Racing Hall of Fame while still racing in 2017, and over her career, she earned over $15 million. A lot of bettors at Polskie kasyna online were thrilled and excited, as their wagering has paid off quite nicely.

One of the most heart-warming stories to have ever taken place on the track revolved around Seabiscuit and jockey Red Pollard. Despite not given a chance by experts and Pollard only having one eye; Seabiscuit went on to win eleven out of his 15 runs. The spirit that Seabiscuit had on the track was mirrored by people that saw him in action. He was most notable for his race with War Admiral which was billed as the ‘Match of the Century’, with Seabiscuit winning on that occasion. His story has been told around the world and was also the subject for a motion picture in 2003 which won multiple Academy Awards.

There isn’t a horse that resurrected the sport more than Man O’ War in America. He was born in 1917 and made his debut two years later where he won three staked races in 17 days. His reputation as a banker stayed with him and made sure he was a punters’ favourite. Man O’ War only lost once during his career, and that came in the Sanford Memorial Stakes; largely because his back was turned when the race started.

The careers of National Hunt horses are typically overlooked in favour of flat runners, but Desert Orchid was one of the most successful jump horses of all time and named fourth on the TimeForm all-time list of National Hunt horses. He won the 1989 Cheltenham Gold Cup, as well as four King George Chases. British fans loved him for his leading attacking style of approaching races and won 34 of his 70 starts.

What do you think of our selections? Have we missed any out you think deserve a place in our top 10? Let us know in the comments below!