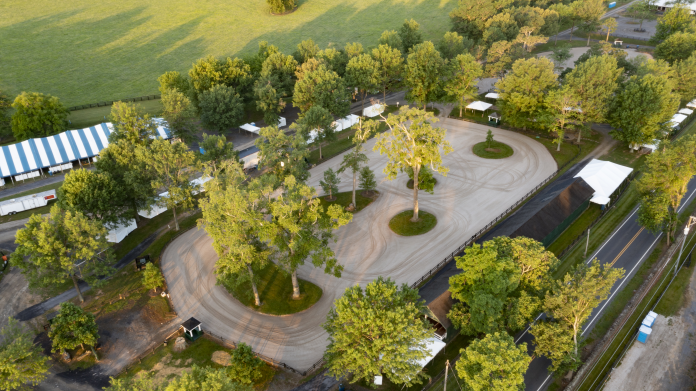 UPPERVILLE, Va., April 11, 2022—The site of the Upperville Colt & Horse Show, Grafton Farm, has been named to the National Register of Historic Places. The acceptance of Grafton Farm to the nationwide program completes a two-year-long process lead by conservationist and equestrian Canon Dr. Betsee Parker and historical preservationist Maral Kalbian. Grafton Farm was entered into the Virginia Department of Historic Resources Virginia Landmarks Register in December 2021.

Established in 1853 by Colonel Richard Henry Dulany to encourage better treatment of horses and improve the local breeding stock, the Upperville Colt & Horse Show is the oldest horse show in the U.S. The show has been held annually at the original site at Grafton Farm on the south side of Route 50 in Upperville, Va. It has grown from a one day show to a week-long event that draws thousands of spectators in addition to horses and riders competing from across the country and around the world.

Grafton Farm escaped the intrusions of development that have impacted numerous horse show sites across the country, making it one of the most historically intact horse show grounds in the nation. Some of the oak tree canopy dates to the Revolutionary War era and the grounds were witness to action during the Civil War. The grounds’ structures date from the late nineteenth to mid twentieth centuries. Renovations to the famous circa 1895 grandstand and the construction of judges’ stands and officials’ towers have maintained cohesion with the bucolic setting.