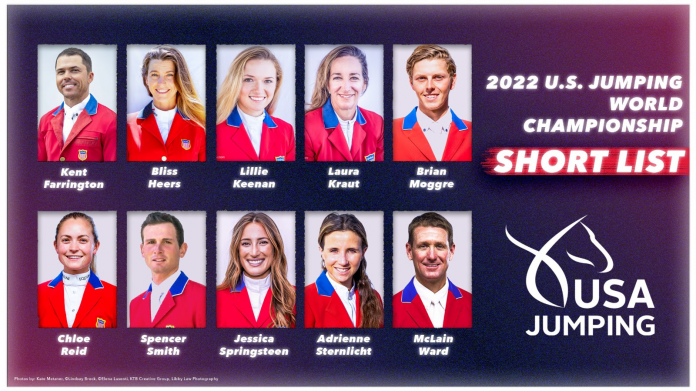 Lexington, Ky. –  The NetJets U.S. Jumping Team is pleased to announce the ten athletes selected to the Short List for the 2022 FEI Jumping World Championships to be held in Herning, Denmark from August 6-14, 2022. The athletes selected will participate in up to two Observation Events in Europe before the five-member team is announced in July.

The following athletes have been selected to the U.S. Jumping Short List for the 2022 FEI Jumping World Championships.

Athletes and horses will compete in designated CSIO observation events including the Nations Cup of Rome CSIO5*, Aachen CHIO, and Knokke CSIO5*, and will be led by Chef d’Equipe Robert Ridland.