Home Blogs Will the Queen Have a Winner at Royal Ascot This Year? 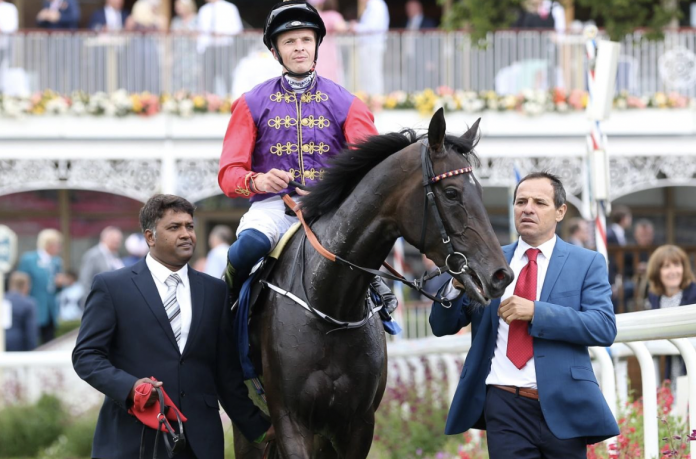 The Queen has been the centre of attention here in the United Kingdom for the last month so, with her face plastered all over the newspapers; television, and even supermarket stands selling bunting and Union Flag-themed paper plates in the build up to her Platinum Jubilee — marking 70 years on the throne.

She might have cancelled her plans to celebrate her coronation at the Derby Festival, but she’s still set to return to Royal Ascot for the first time since 2019. However, she’s set to ditch the Royal Procession and make the short trip from Windsor Castle to Ascot via car instead of arriving in the traditional open carriage.

Her Majesty will also be hoping for a couple of winners at the royal meeting after disappointingly being left without a runner in the Derby. So, if you’re looking for some inspiration for a bet on horse racing, let’s take a look at her three potential runners and analyse whether or not the Queen can add to her long list of Royal Ascot winners.

Reach For The Moon

Once tipped for a crack at the Derby, Reach For The Moon was ruled out of the premier British Classic by trainer John Gosden after failing to recover from an injury in time for the Epsom Downs contest.

But the three-year-old is being readied for a return at Royal Ascot and he’s the Queen’s best shot of a victory, coming in at 8/1 for the Group 2 King Edward VII Stakes on the penultimate day.

Reach For The Moon is often there or there abouts, finishing second in four of six outings to date — winning the other two, including the Group 3 Solario Stakes at Sandown last August.

The three-year-old will face some stiff competition from the likes of Godolphin’s Ottoman Fleet and unbeaten stablemate Francesco Clemente in the King Edward VII. Frankie Dettori could be in the saddle though, with the pick of Reach For The Moon or Franceso Clemente, and that’s always a welcome boost.

The Queen’s best chance of adding to her tally of Group 1 wins at Royal Ascot, which includes becoming the only monarch to win the Gold Cup thanks to Estimate in 2013, King’s Lynn is a 14/1 chance to win the King’s Stand Stakes on the opening day of the meeting — which would certainly soften that Derby blow.

The five-year-old also holds early entries in the Platinum Jubilee Stakes, which would be a fitting victory to mark the celebrations earlier in the number, and the Wokingham Stakes, But the King’s Stand is the most likely destination according to the horse’s trainer Andrew Balding.

Like Reach For The Moon, King’s Lynn is often at the fore of the field come the finish — with his recent form reading; 21-21. A victory in the Group 2 Temple Stakes at Haydock last month also means that the Balding-trained horse is heading to Ascot on the back of a win, but favourite Golden Pal, unbeaten in three races, will take all the beating.

The most unlikely winner of the Queen’s early entries, Perfect Alibi is way down the ante-post market for the Group 2 Ribblesdale Stakes at 33/1. So, it would be no surprise if the three-year-old was to be pulled from the races when the runners are dwindled down to the max of 19 from the current 33 entries.