Home Blogs Who Are the Most Exciting Horses in Europe in 2022? 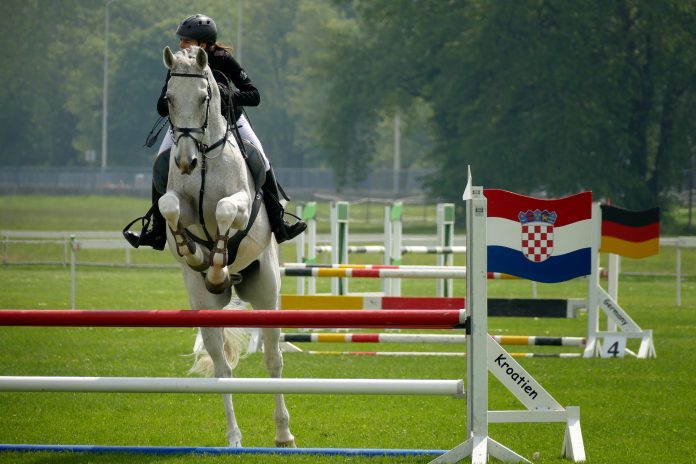 A new Flat season has begun in Europe where horses will race all the way through to October. As ever, the season will culminate with the Prix de l’Arc de Triomphe and British Champions Day at Ascot.

Here is a look at some of the most exciting horses to follow this year in Europe. These runners are likely to be involved in the most prestigious races on the European calendar.

Sprinter Perfect Power won four of his six races on the track last season in his two-year-old campaign. The pick of his victories was those in the Prix Morny and Middle Park Stakes, both of which were at Group One level.

Connections of the horse opted to step up in distance and take their chance in the Qipco 2,000 Guineas at Newmarket earlier this season. Unfortunately for them, the sprinter was not quite as effective over 1m in the British Classic.

The plan for the rest of the season is likely to be to target some of the leading sprint races. He has an entry in the Commonwealth Cup at Royal Ascot where, as of the 24th May, he is the +500 favorite in the sports betting. Victory in the 6f contest could then see him move on to the July Cup full of confidence again.

There arguably isn’t more of an exciting horse in Europe right now than Baaeed. William Haggas’ colt is unbeaten after seven starts to his career. He is already being compared to Frankel, one of the greatest milers in the history of the sport.

Baaeed had success on British Champions Day in 2021. He proved how talented he was by beating Palace Pier in the Queen Elizabeth II Stakes. That victory at Ascot followed his maiden Group One win in the Prix du Moulin in France.

The son of Sea the Stars was back to his best in the Lockinge Stakes at Newbury on his opening appearance of 2022. He blew a strong Group One field away with ease.

Some of Baaeed’s assignments this season could include the Queen Anne Stakes, Juddmonte International and Champion Stakes. His breeding suggests he could get further than 1m.

It has been a while since Sir Michael Stoute has had a strong Derby contender, but the five-time winner is back in the spotlight this year with Desert Crown. The colt was successful in the Dante Stakes at York, one of the leading trials for the British Classic at Epsom.

If Desert Crown goes on to score in the Derby, Stoute is likely to consider all the leading middle-distance races against the older horses, including the King George VI And Queen Elizabeth and Prix de l’Arc de Triomphe.

With just two appearances to his name so far, Desert Crown is open to a lot of improvement. If he goes on to be anywhere near as good as some of Stoute’s other Derby winners, such as Shergar and record holder Workforce, he is going to have a lot of success on the track.

Over the last few years, the form books show that Trueshan has consistently been the leading stayer on the Flat in Europe. He was successful in the Prix du Cadran on Arc weekend at Longchamp, while just a few weeks later, he prevailed on British Champions Day in the Long Distance Cup.

The one leading stayers’ race Trueshan has yet to win is the Ascot Gold Cup. That’s largely down to the ground being unsuitable for him in the summer in the UK. Alan King’s runner prefers slower conditions, so his connections will be hoping for some rain during the royal meeting this year.

The likes of Kyprios and Stradivarius will prove strong challengers to Trueshan if all three horses jump off in the same race. If he can pass all his leading tests, he could establish himself as one of the best stayers of all time.

Hopefully the 2022 Flat season in Europe produces some memorable performances. We could also see some of the stars of Europe in the USA later in the year at the 2022 Breeders’ Cup Championship at Keeneland.