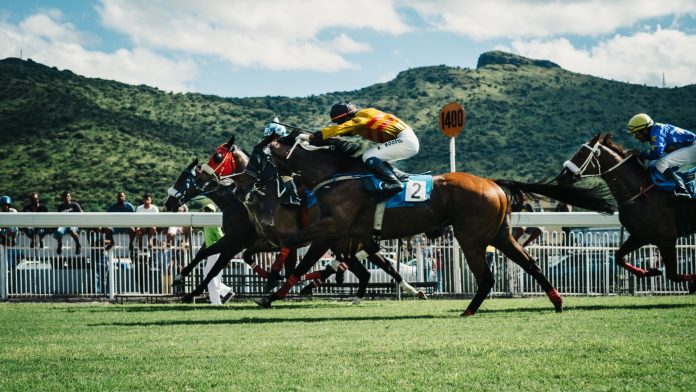 Did you know that the first known racing purse was awarded in the 12th century? This is just one of the many interesting facts about horse racing.

In this blog post, we will discuss the history of horse racing and how it has evolved over time. We will also take a look at some of the most famous races in history!

Origins of horse racing and the first known purse

Horse racing is one of the oldest sports in the world. It is thought to have originated in Arabia, and there are records of horse races taking place in ancient Greece and Rome.

The first recorded race purse was during the reign of Richard the Lionheart in England, in the time of Robin Hood.

Nowadays, horse racing is a popular spectator sport all over the world, with some of the most famous races taking place in the United States, United Kingdom, France, and Japan. The Kentucky Derby in the US is one of the most well-known horse races, while other notable races include the Grand National in the UK and the Prix de l’Arc de Triomphe in France.

Of course, the interest that has been generated has meant that the size of the prize being offered has also evolved over time, with jockeys, owners, and trainers now able to win fortunes depending on the race that they enter the horse in and win.

How much are race purses and how do they compare to history?

Indeed, the first race purse offered during the reign of Richard the Lionheart in England was worth a whopping $160,000 in today’s money.

However, while that might seem like a large amount, it does not even come close to the richest horse race in the world today. As mentioned, the fact the sport has global attention and continues to attract significant amounts of revenue, there are races that are now able to reward the winners with millions. For instance, The Dubai World Cup boasts a purse of around $12 million!

Why has the purse size been able to expand significantly?

Naturally, one could point to the amount of interest that horse racing receives from a global audience as being one of the reasons why the purse has been able to expand in value significantly over the years and continues to do so.

A number of firms have decided to sponsor certain events which have generated significant prize pots, with sportsbooks providing a large portion of the revenue. As punters continue to place bets on the races that take place, the operators such as  32Red sporting bets will look to use the funds generated from losing wagers to sponsor events that can help them generate new business.

Indeed, sports betting on horse races has evolved alongside the sport itself, and today there are a number of different ways to bet on a horse race. You can bet on the winner of a race, the placegetters (the horses that finish in first, second, and third), or you can even bet on a horse to lose (known as an each-way bet).

With so many different options available, the sport has been able to generate significant amounts of money, with a large percentage of it being put back into the activity in various ways.

Since the first prize purse was offered, the sport of horse racing has evolved considerably.

Today, there are two main types of horse racing: flat racing and steeplechase racing. Flat racing is where horses run on a level track over a specific distance, while steeplechase racing involves horses jumping over obstacles such as fences and ditches. There are also harness races, where horses pull a sulky (a type of carriage) carrying a driver.

Given the popularity of these events and the interest that they continue to attract, prize purses have simply been able to expand and grow at an exponential rate. This has meant that the sport can continue to keep the best people and horses involved, whilst also making sure it remains as enjoyable for everyone as possible.

So, there you have it! A brief history of horse racing and the prize purse that the sport comes with. The first one may have been worth a generous $160,000 in today’s money, but with around $12 million now on offer, we have certainly come a very long way!

Stop Horsin’ Around When it Comes to Organic Social Media