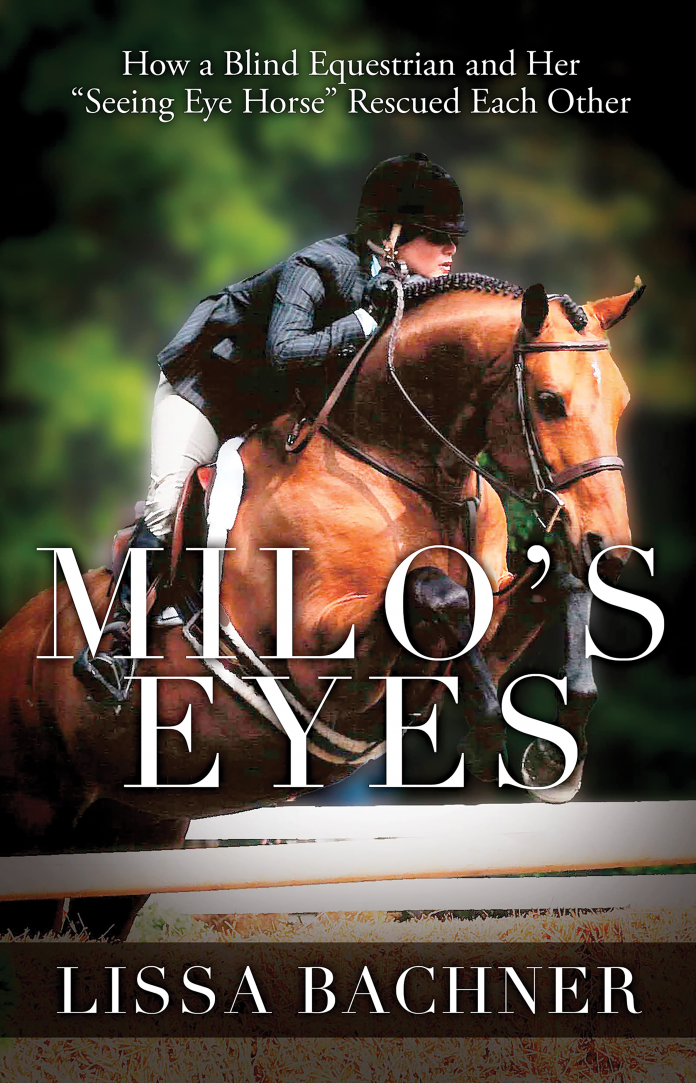 By Lissa Bachner
Reprinted with the permission of Behler Publications

Now, while others were toasting the New Year, we were in a barn in our down parkas and warm boots, waiting for two horses from Germany. Bob had another client who had purchased a horse, but she had opted out of spending her New Year’s Eve in a stable.

Just as the cold began to penetrate my core and numb the tips of my toes, we heard gravel crunching beneath heavy tires and the unmistakable squeal of brakes.

We hurried to the van and walked up the ramp into the dark interior. It was difficult to clearly see the two occupants, so I grabbed one horse’s halter while Bob took the other and we carefully led them out.

The horse I was leading was bundled in blankets that stank of urine and sweat. He was skittish and snorted as we walked from the van to the barn. It was clear that he hated the chain around his nose, but I didn’t dare take it off. All I could do was try to soothe him by patting him and running my hand down the length of his dirt-encrusted neck.

Don’t panic, I’m sure this one isn’t mine.

Once inside the barn, the horse continued snorting, only now it sounded like he was hyperventilating. Concerned, I put him in one of the stalls designated for the new horses, expecting that with two fresh buckets of water, some fluffy shavings for bedding, and a few squares of hay, he’d settle down. Usually, a horse will look for some source of food in its stall, but this piteous animal was far too frightened. All he could do was stand by the wall, trembling.

I decided to give him some time to himself and walked to the stall where Bob was removing the other horse’s halter. This horse was also travel-worn, but in far better shape than his companion. He wore a new blanket and seemed fairly clean. Yes, he was a tad bug-eyed, but his breathing wasn’t coming in short spurts and he certainly wasn’t shaking.

When Bob came out of the stall, I blurted, “Please tell me that the train wreck at the other end of the barn isn’t mine.”

When he responded with a grin, I knew that the train wreck did, in fact, belong to me. Then, becoming serious, he said, “He is not a train wreck. He’s just scared, exhausted, and trying to cope with his new surroundings.”

“Look, I understand that he’s been through a lot in the past week, but this horse,” I said, pointing to the one in front of me, “seems pretty calm. The Reillys have never seen him, and they’ll never know if we just…switch them.”

Bob stared at me, dumbfounded. “Lissa, I can’t believe you’d even suggest such a thing. No way would I do that. These two horses are completely different.”

I turned away, feeling trapped, embarrassed, and frustrated. What had I gotten myself into?

“Just trust me,” Bob called out as I went to check on the horse I was stuck with, hoping he hadn’t passed out. As I began to resign myself to the idea that this quivering animal was mine, my nurturing instincts took hold and I decided to try to bond with him. I approached him slowly and spoke to him softly, and, to my relief, he began to calm down.

During the next hour, I brushed away layers of filth from his coat, feeling his thin body tense every time I moved the brush to a new position. Eventually he relaxed, seeming to enjoy the attention, until I moved on to another area. As I removed the grime, I was appalled to see spur rubs and whip marks all over his body. I applied medication to the wounds and whispered to him, “What did they do to you?”

Poor thing. I began to wipe his face with a towel. It was then that I noticed the color of his eyes: burnished mahogany melting into amber, then turning a velvety brown in the center. As I stared into the depths of his eyes, I sensed his fear and distrust. But beneath that, I perceived a glimmer of hope.

With the back of my hand, I gently smoothed the worried creases around his eyes and, this time, he didn’t shy away from me. Instead, he lowered his head and I smiled up at him.

“You’ve been through a lot in a short time, haven’t you, boy? I have, too,” I said quietly. “I guess that makes us survivors. We do what we have to do to get through. Maybe you are supposed to be my horse, after all.

“I think it’s time you had a name.” I took a step backwards so I could regard all of him. “Hmm,” I cupped my chin in the palm of my hand while I attempted to conjure the perfect name. He stood still, never taking his eyes off me.

I began listing some of my favorite literary characters.

“Hamlet?” I asked him. “He was wise beyond his years and, like you, tormented, but in a different way. Maybe not,” I vetoed the name.

“Heathcliff?” I mused. “He was a complex character, not unlike yourself.”

“You’re right,” I agreed. “Besides, that name has already been taken by a cartoon cat.”

Suddenly, the name was right before me. I had always been partial to the political satire of the comic strip Bloom County, and I especially loved the young star of the series, Milo.

“Milo,” I said, trying the name on for size. I allowed it to resonate before saying it again. “Milo,” and this time, the horse’s ears twitched at the sound of my voice.

“I like it,” I said, smiling with satisfaction. “Hello, Milo. You and I have a long road ahead of us, but I promise, no matter what, you will never know cruelty again.”

Early the next morning, armed with carrots, apples, and new blankets, I ventured out to visit my new horse, determined to win him over. Only a handful of people were in the barn, allowing Milo and me some quiet time to get acquainted.

*This story was originally published in the May/June 2022 issue of The Plaid Horse. Click here to read it now and subscribe for issues delivered straight to your door!

Wild No More: How An Ex-Offender Tamed My Donkey and Taught...