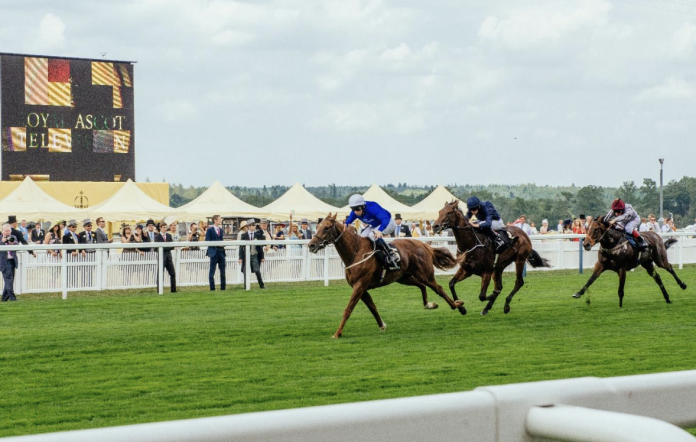 Royal Ascot is over for another year, and with the sun beating down on the tens of thousands of racegoers who made their way to Berkshire — for the majority of the week, anyway — the prestigious meeting certainly didn’t disappoint, hosting a full capacity crowd for the first time since 2019.

In fact, it had all the ingredients for the perfect royal meeting — including regular appearances from the royals themselves, short- and long-priced winners, drama aplenty (looking at you Frankie Dettori), and history makers as Hollie Doyle became the most successful female rider in the history of the event.

It is usually the longer priced winners that steal the headlines, with the noise of the crowd falling deadly silent as a horse so far down the pecking order in the horse racing betting odds that punters wouldn’t have even noticed it, romping home to the massive sigh of relief from the on-course bookmakers.

There was a fair few of those occasions at Ascot this year, with outsiders resulting in many bet slips being shredded into pieces. That said, read on as we take a look at some of the biggest shocks from the 2022 renewal of Royal Ascot.

Certainly not the biggest outsider of the week at 33/1, nor the longest-priced winner of the final day’s card for that matter, but we’re starting with Naval Crown because he caused a stir on a bigger stage than all the other shock winners — landing the Group 1 Platinum Jubilee Stakes for Charlie Appleby and leading owners Godolphin.

Picking a winner was like a needle in a haystack as 24 horses chaotically entered the stalls. And that proved to be the case as James Doyle — who was long overdue a winner at Ascot — led a furlong out and held off Creative Force by a neck for a Godolphin one-two. Less than three lengths separated the entire first nine horses over the line in the six-furlong contest.

Now on to the biggest upset of the week, as The Ridler won the five-furlong Norfolk Stakes in the opening race on Thursday from 50/1 for freelance rider and two-time British champion jockey Paul Hanagan and trainer Richard Fahey — surviving a nervy stewards’ inquiry post-race to be award the Group 2 triumph.

Pressing the leaders about a furlong out, the two-year-old swayed badly left inside the closing stages — hampering several horses, including Crispy Cat and Brave Nation — before going on to win by almost two lengths. The placings remained unaltered after the enquiry, leaving connections and fans angered, but Hanagan didn’t get off lightly — being slapped with a hefty 10-day ban.

Back to Saturday now and it was Holloway Boy who actually won from the longest odds on the final card of the five-day meeting, winning the opening Listed Chesham Stakes from slightly further out than Naval Crown at 40/1 — leaving punters’ accumulators in tatters even before the second race.

It was a rather slow affair for a seven-furlong race, but that wouldn’t have bothered Holloway Boy’s trainer Karl Burke. The two-year-old raced in last at the start, but was pushed along to make headway two out. In touch with the leaders a furlong out, he was nudged out by Daniel Tudhope and he went on to win by a length clear of 80/1 chance Pearling Path — who would have made for a nice each-way bet.

After what can only be described as a good day for the punters, with three 5/2 favourites and a short-priced 6/4 market leader winning four of the first six races, the bookies were able to recuperate some of their losses in the closing race on Wednesday — as Rising Star won the Kensington Palace Stakes.

The four-year-old would have slipped under the radar of those looking searching for horse racing tips today on the second day of the meeting at 40/1, but she proved her worth — holding on to win the handicap by a neck despite edging left in the final stages and allowing fellow 40/1 chance Random Harvest to get within a length.