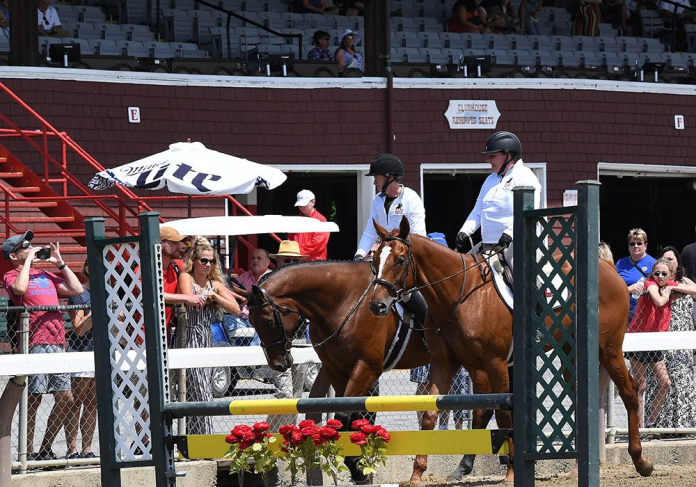 The featured race will be the $125,000 Rick Violette, a 1 1/16-mile turf test for New York-bred sophomores named for the late trainer and NYTHA President who spearheaded the creation of the TAKE2 Second Career Thoroughbred Program and TAKE THE LEAD Retirement Program.

Violette was a founding member of the Thoroughbred Aftercare Alliance (TAA), the non-profit organization that accredits, inspects, and awards grants to approved aftercare organizations to retire, retrain, and rehome thoroughbreds. Based in Lexington, KY, the TAA is supported by owners, trainers, breeders, racetracks, aftercare professionals, and other industry members

Fans can visit the Community Booth behind the jockeys’ quarters to learn more about the participating organizations.

“Thoroughbred Aftercare Day reflects our unwavering commitment to protecting and re-training equine athletes when their racing days are done,” said Dave O’Rourke, NYRA President & CEO. “New York is the national leader when it comes to supporting and investing in meaningful aftercare efforts, and NYRA is thrilled to host the second annual New York Thoroughbred Aftercare Day at Saratoga Race Course on July 21.”

New York Thoroughbred Aftercare Day will begin prior to first post with an on-track demonstration of retired racehorses showcasing the skills learned in their second careers.

ReRun will be represented by several horses who have found success in second careers in the show ring. Bourbon Rising, who made his last start at Saratoga less than a year ago, already has been shown at World Equestrian Center (WEC) events; and Sicilia Sal is now appearing competitively in hunter competition and in clinics with former U.S. Olympic coach Eric Hogan.

Lucky Orphans will be sending Eighttwosixtwotwo, a 3-year-old filly whose work in the demonstration will help to underscore the organization’s mission of “People Helping Horses Heal People.” New Vocations will be represented by two New York-breds – Soaring Star, who will be showing off his jumping ability; and Bielefeld, who ran his final race last August at the Spa and will be ridden western style in the demonstration.

“Aftercare Day at Saratoga is the ideal forum to communicate directly with racing’s most passionate fans about how we care for retired racehorses,” said Rick Schosberg, the New York-based trainer who serves as Vice President of NYTHA and President of TAKE2. “Due to the hard work of horsemen, breeders and the state’s racing community at-large, we’ve established networks and systems that create second careers for thousands of horses.”

In 2014, NYTHA adopted a per-start fee for owners of $5 that provided funding to the TAA. In 2019, In July 2019, NYRA and NYTHA increased the per-start fee to $10. NYRA matches those contributions, and then donates the proceeds to the TAA at the conclusion of each race meet conducted at NYRA.

In July 2019, NYRA and NYTHA increased the per-start fee to $10. This program consistently generates more than $150,000 per year for the TAA.

In 2013, NYTHA’s TAKE THE LEAD (TTL) Thoroughbred Retirement Program was launched with NYRA’s support and has placed more than 900 hundred horses retiring from the NYRA tracks with TAA-accredited organizations.

Racing fans will be able to donate to TAKE THE LEAD by texting AFTERCARE2022 to 44321 to make a contribution, or by opting to make a donation to the TAA when cashing a winning ticket on an AmTote International self-service betting terminal. All donations are tax deductible.

“We’re proud to partner with NYRA and NYTHA once again to highlight and bring awareness to Thoroughbred Aftercare in New York,” said Najja Thompson, Executive Director of New York Thoroughbred Breeders. “The efforts undertaken by each of the participating Thoroughbred Aftercare accredited organizations to care, retrain and develop second careers for retired racehorses deserves to be featured. Being able to do so in front of racing fans at Saratoga speaks to the support our industry as a collective is providing to assure the long-term care of our equine athletes.”