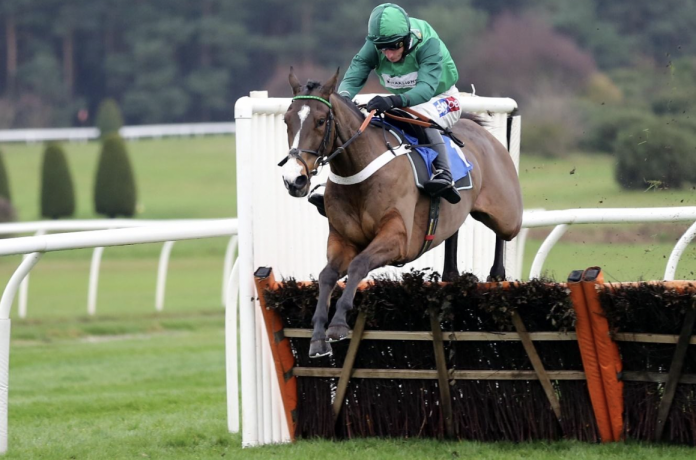 When circling race meets on the UK & Ireland’s horse racing schedule, you have to look no further than the Galway Races Summer Festival for an action-packed display of elite jumping fixtures.

The Summer Festival is one of the longest meetings in the sport, with it taking place over seven days at the famous Ballybrit Racecourse in Galway – and with the variety of entertainment arranged for this year’s event, it will be sure to drum up plenty of fanfare.

While there is an abundance of social activities to captivate racegoers throughout the week, it’s the excitement expected trackside which has seen this year’s Galway Races billed as one of the most anticipated in quite some time. For those of you who enjoy a punt, there’s also a number of enticing bets that can be found amongst the stacked 52-race card.

With that said, let’s highlight one of the feature races of the meet along with what horses are looking likely to contend.

In what is one of the meeting’s two signature races of the meet, the National Hunt chase Galway Plate will see a number of quality horses four-years and older vying to be crowned champion of the storied 153-year-old race. Additionally, there is an added incentive for jockeys and trainers to win it this year as the prize money has improved to £270,000 – a £20,000 increase compared to that of last year. A few horses who have established themselves as pre-race dangers in the 2 mile and 6½ furlong affair is Fire Attack, Busselton and El Barra.

With decisive wins at Wexford and most recently at Punchestown in May, the seven-year-old’s strong performances of late will have his trainer Joseph O’Brien hopeful that his rich vein of form will translate to similar success at Ballybrit. Known for his staying power and ability to put the foot down when required, Fire Attack’s win at Punchestown displayed why many bookies have him slated as the Galway races betting favourite. Leading for much of the way, the Gigginstown House Stud-owned horse showed his resolve as he staved off a late push at the last hurdle by talented stayer Bold Enough to win by four lengths.

This French eight-year-old is a consistent performer whose most recent win over upcoming Galway Plate foe Busselton has been perceived by some as a precursor of what to expect when they lock horns in the handicap race on July 27th. With Champion Conditional Jockey Jack Foley atop El Barra when they met at Punchestown, the well-timed ride complemented his horse’s effortless cadence and flawless maneuverability over the jumps perfectly. That outing is further evidence that the Willie Mullins-trained horse is a live contender come race day.

In spite of losing to El Barra in their meeting at Punchestown, trainer Joseph O’Brien managed to put any disappointment to the side and raced particularly well in the month of June. With a third placing at Down Royal and a win at Roscommon, it has set the stage for yet another enthralling showdown between Busselton and El Barra in the Galway Plate.

While the nine-year-old hasn’t recorded a win since he reigned supreme in the 2020 Galway Plate, the Joseph O’Brien-trained horse deserves an honourable mention provided he is a former champion. In what is a wildly unpredictable sport, if there is one horse who could upset the applecart and shock Galway races betting tips punters, it is a classy veteran like Early Doors.

Ask Andre: What Do Your Most Successful Students Have in Common?