Home Blogs Most Famous Horses of All Times 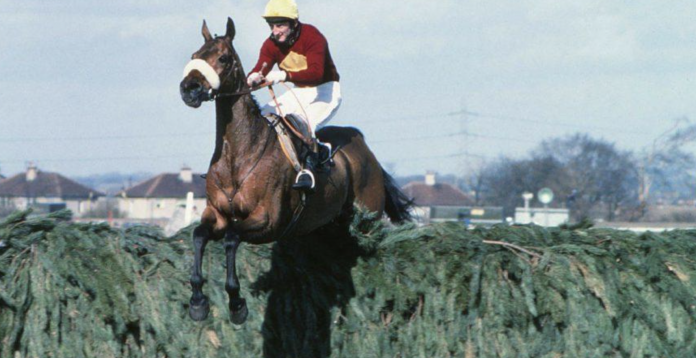 For many centuries, horses have been people’s best friends, performing numerous functions. And some of them are truly unique and added their names to the history. So, what are the most popular horses, and what achievements have made them worldwide famous?

Red Rum is the real legend of horse racing that has made a record nobody could beat. It participated in seven Grand National competitions and won four of them, which is the highest number of wins in this event. Fans of casino online nz and sports betting have definitely heard about Red Rum since it’s a real legend.

It seems that there’s no person in the world who has never heard of Alexander the Great’s horse. Bucephalus was a black horse with a white star on its forehead, and it has become famous during its life: coins with its image were minted as early as the 4th century BC.

The horse participated in numerous battles together with its master, and to keep its strengths, Alexander the Great even transported it in specialized wagons. Bucephalus died in one of the battles, as befits a hero, and has become the most recognizable horse of all times and peoples.

The well-known warrior horse of Emperor Napoleon was named after the Battle of Marengo, where Italy became a winner. The horse was brought from Egypt to France, and, like all horses of the Arabian breed, was not tall, but was exceptionally reliable and strong.

Together with its master, Marengo participated in the most important battles of the emperor. The horse served Napoleon faithfully, he was even wounded eight times. However, it was captured in the Waterloo battle and moved to England, where it eventually died. Its skeleton was kept and is now a part of an exhibition in the National Army Museum in Chelsea.

Secretariat, the US Sports Legend

Secretariat was the fastest horse in history, inspired numerous people, and was a real racing champion. It participated in 21 races and won 16 of them, and all this happened in only two years! The horse was so popular that it was compared to other athletes, and it even earned much more than most people. It was believed that the Secretariat was a horse with a large heart, which pumped blood quickly and provided it with endurance and strength.

While most horses live up to 30 years, Billy could beat the record. It died at the age of 62! Billy has worked hard during its whole life, transporting cargo ships, so it processed with hard work every day. Nobody knows a secret to such longevity, and this horse remains unique since 1820.

People say that if Caligula ever loved somebody, it was definitely his horse. Incitatus, a stallion of Spanish origin, didn’t have any special merits. It participated in races and sometimes showed good results, but it couldn’t be considered a real champion.

Caligula was a real mad tyrant, but he spared nothing for his pet. He made a marble stable, ivory feeders, and presented a purple blanket and a collar with precious stones. After that, the horse was made a citizen of Rome, married, got a house, and even became a senator. The emperor even planned to make Incitatus a consul, but his political career wasn’t successful due to Caligula’s death.

The first president and one of the founding fathers of the United States forever inscribed his name in world history. And his bay horse with white legs has also become popular due to its successes during the American Revolutionary War. Nelson was not scared by shots and bravely went into all battles. Riding on his favorite horse, Washington accepted the final part of the military campaign aimed to make the States independent of England.

Eclipse is a well-known participant in horse races, but what is the reason for such popularity? The fact is that it was always a winner! It has been participating in horse races for 23 years, and he never lost. For such a career it was named “The horse of the century”, and the fastest participants in Derby now receive the award called after Eclipse.

Einstein, the Smallest Horse in History

People are used to seeing large and stately horses, impressive with their strength and endurance. But what about the little representatives of these animals? The smallest horse in the world is a pinto foal named Einstein. Its weight was only 2.7 kilograms with a 36 cm height. A dwarf gene was most possibly the reason for such a small size, which made the horse popular.