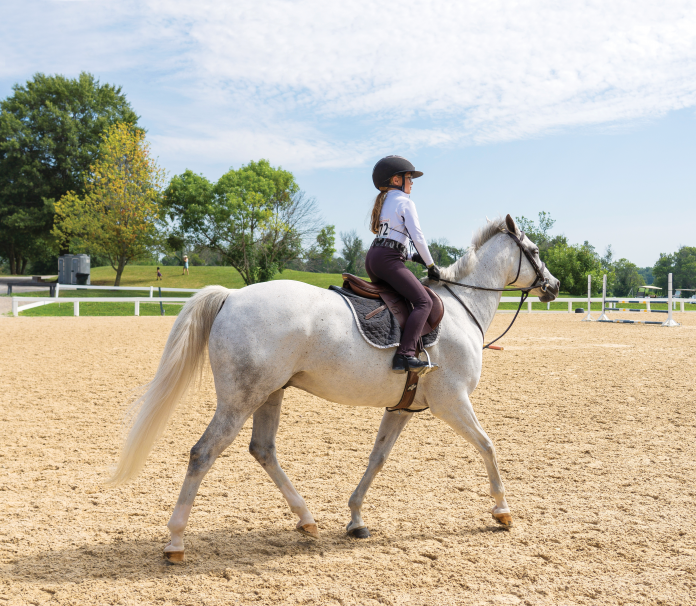 We asked our Plaid Horse Adult Amateur Lounge on Facebook…What’s the greatest lesson you’ve learned from a pony?

It was the first time I learned as a child that someone else’s needs (my pony Teddy Bear) came before my own. Most kids don’t truly learn that lesson until much later in childhood.
—Keirsten Sangster

How to lean back and hold the buckle when my pony decided to put her head down and buck around the ring.
—Cira Pace Malta

They are small but they are mighty.
—Cindy McGuire

To not stick my tongue out over the jump or bite it…something as a show photographer I see pony kids do ALL THE TIME and think: well, someday a pony is gonna teach them that their tongue is out and it shouldn’t be.
—Victoria DeMore Heil

How to not underestimate anything.
—Irina Rapport

To watch out for the little ones.
—Alina M. Capote Gonzalez

You’re never too old for a pony.
—Nicku Bruce

Just bail. Learned on my first Shetland pony, Rubi when I was 4 years old. She would be good throughout our lesson and then after about 35 minutes, she would bolt into the field. My mom would be yelling, “JUST BAIL!” And that’s how I learned to fall off.
—Rachelle West

Don’t let them eat out of the feed room… got run off with by my Welsh (Sonny) more than once. Always ended up at the feed room.
—Caitlin Smith

After saying goodbye to a few ponies, my kids finally learned that every pony has a lesson to teach. You will have a new lesson to learn from your next pony, and you have to let go to let your pony teach what you learned to another child.
—Jessica Grutkowski

*This story was originally published in the August 2022 issue of The Plaid Horse. Click here to read it now and subscribe for issues delivered straight to your door!

From The Wild to Pony Finals