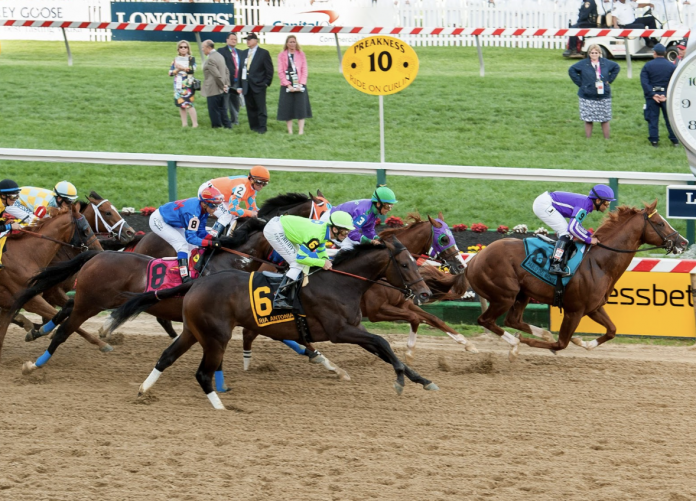 Sports are an integral part of human life. Many people at the mention of this word imagine soccer, hockey, or basketball, but not everyone will think of rare and less popular sports. The equestrian sport attracts fewer people, but that does not make it uninteresting.

Equestrian sport participates in forming and reproducing a healthy, creative, and physically active generation and organizes the prerequisites for creating the country’s labor and defense potential. Furthermore, it prepares high-class athletes to enhance the country’s international prestige. Find out more about horse racing and other entertainment-like slots online at this link.

The most critical functions determine the impact of equestrian sport on the life of society it performs in the system of socio-economic development and reproduction.

Development of equestrian sports objectively determines the outcome of cattle breeding (horse breeding and other ancillary industries), meat and dairy industry, medicine (including animal therapy in general and hippotherapy in particular), construction (development and placement of facilities and institutions of equestrian sports), improvement of educational and training process in educational institutions of all levels, development of tourism and entertainment industry.

We will break down the most popular equestrian sports. We will be based on recent surveys of equestrian school students.

Dressage is the ultimate riding school, which shows grace, control, understanding of the rider, and the animal’s appearance. Dressage is preferred by 50% of students. This type of training, on the face of it, is the most beautiful, gentle, and easy of all.

Show jumping is overcoming obstacles on a specific route. Forty-two percent of respondents want to do it. Jumping and flying give the rider a sense of freedom and ease.

Triathlon is an equestrian sport consisting of dressage riding, field trials or cross country, overcoming obstacles, or show jumping. Triathlon is the choice of 17% of respondents.

If you can’t decide on one direction, consider a triathlon. It’s the best fit: classes allow students to develop in different directions.

The world of equestrian sports: types of competitions

The horse has been a faithful partner of man for centuries. This beautiful animal has been used for transportation, work, and entertainment. Various mechanisms have been invented for travel and labor, and equestrian sports allow us to demonstrate strength and gracefulness.

The concept of equestrian sports includes games of various kinds in which people and horses participate. Riding, in this case, is a close interaction between an animal and a man, the ability to feel each other.

In equestrian sport, there are two main types – riding in harness and horseback riding. In the first case, the horse is in the role of drought. Competitions include dressage, demonstration in overcoming obstacles, races, and more.

Types of movements in equestrian sports

Equestrian sports are good for your health.

There are several groups in equestrian sports: classical equestrian sports included in the program of the Olympic Games: dressage or high school riding, overcoming obstacles, or show jumping, and triathlon; national equestrian games spread among many nations, especially in the Caucasus and Central Asia; running and racing on the racetrack; steeplechase, with equestrian skiing; horse hunting.

One of the critical areas of equestrian sport is paralympic horseback riding. However, there is also a unique therapeutic riding – hippotherapy.

Hippotherapy is a type of animal therapy that uses horseback riding and interaction with horses as its main therapeutic effect on people. The goal and purpose of hippotherapy are to help people achieve psychological and motor independence and to develop their ability to adapt to new, changing circumstances.

Various factors determine the successful use of hippotherapy. First of all, the horse is susceptible to many human emotional reactions. The words that a human being speaks to a horse are not as crucial as the intonation of the person saying them. Horses are influenced by a person’s gestures, gait, and appearance. Horses are pretty predictable, so a well-trained horse gives the rider a sense of stability and confidence. This feeling is the basis for removing various childhood fears, especially in children with visual perception disorders. In addition, the relief of fears is strongly influenced by the rider’s trust in the horse, believing it will help him cope with his insurmountable difficulties.

When riding a horse, a person has to be guided by a different frame of reference and constantly be forced to look for an equilibrium position. The therapeutic effect of riding lies in developing new skills that allow the individual to adapt to a changing environment. This condition corresponds roughly to a person’s life moment when he learned to sit, hold his head, stand, and walk. Such interaction with the horse removes the child’s awkwardness associated with the nature of diseases such as cerebral palsy or autism. All of the child’s movements become adequate and necessary, which removes the fear of clumsiness and reduces muscle tension.

The successful application of hippotherapy is conditioned by carefully considering the patient’s specific problems and an individual approach, including various limitations and contraindications.

Nowadays, agricultural producers are focused on the development of the livestock industry, including horse breeding, which, in turn, helps to create jobs, and the use of new technologies allows them to operate profitably on livestock and horse farms. And it is an equestrian sport that draws attention to