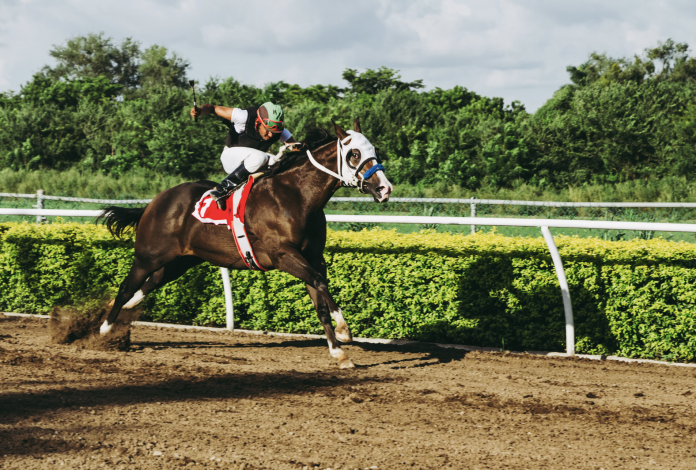 If you’re new to horse racing, the whole thing might seem a bit daunting and complicated at first. However, once you get the hang of things, you’ll see that it’s actually quite simple.

Horse races are organized and conducted by race tracks. There are many different types of race tracks, but the most common ones are flat tracks and steeplechase tracks. We will dive into the basics of horse racing in this article.

There are three main types of horse races: sprints, middle-distance races, and long-distance races. Sprint races are the shortest type of race, with a distance of around 1200 meters.

In order to be able to participate in a race, each horse has to carry a certain amount of weight. This weight is called the “jockey weight”, and it includes the weight of the jockey and any equipment they might be using.

The jockeys themselves are specially trained athletes who know how to control and ride horses at high speeds. They use whips during the race to make the horse go faster.

Horse races usually last for less than two minutes, but they can sometimes last even less than one minute if it’s a short sprint race.

The interesting history of horse racing

Horse racing is one of the oldest sports in the world, with a history that dates back thousands of years. The sport has evolved over time, but its basic premise remains the same: to see who can run the fastest.

Horse racing was first popularized in ancient Greece, where it was used as a way to settle disputes between cities. The first recorded race took place in 648 BC, and it was won by a chariot pulled by four horses.

The sport then spread to Rome, where it became a popular spectator sport. Roman horse races were often brutal affairs, with riders often being killed or injured. This led to the sport being banned by Emperor Constantine in AD 325.

Horse racing then spread to England, where it became hugely popular among the nobility. The first recorded English horse race took place in 1174, and the sport has been a part of English culture ever since.

Today, horse racing is enjoyed all over the world, with some of the most famous races taking place in France, America, and Japan.

How do people bet on horse races?

There are a few different ways that people can bet on horse races. The most common way is to bet on the winner of the race. This is called a winning bet.

People can also bet on which horse will come in second place, called a place bet. Another type of bet is called an exacta, where people have to pick the first and second-place horses in the correct order.

If you are interested in betting on horse races, you should study the sport first. You should also remember to play moderately and consider your actions. Never gamble more than you can afford to because losing all your money is always possible.