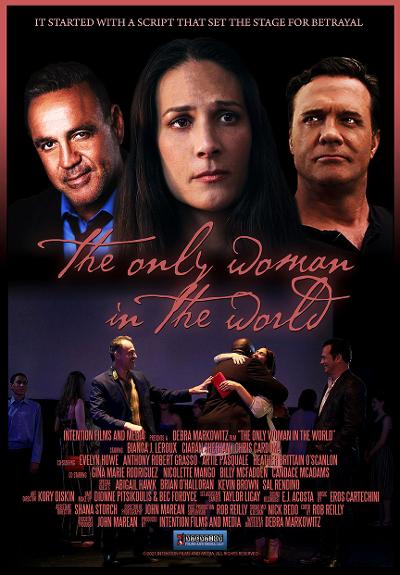 Once a film is completed, most make their rounds at film festivals. At these events, you’re meeting people in the industry who want to improve their art. Festivals feature panels consisting of actors, directors, and producers who talk about their experiences. They also share how you can improve your film—including locations, and working with animals.

Lately, horses have been coming up more often due to the rise in western films. With English riders, there are TV shows on and off major TV channels. The Long Island International Film Expo in New York is one of many who has thousands of people from all over the world attend.

Working alongside an international film Expo brings more opportunities to have your barn in a film, as Debra Markowitz, writer/director/casting director and co-creator of the Long Island International Film Expo, explains.

The Long Island International Film Expo, also known as LIIFE, is entering its 26th year on July 19 – 23, 2023. Debra is President of the Long Island Film-TV Foundation, the 501(c)3 not-for-profit group that runs LIIFE. John Marean, her husband was the technical director for about 16 years before he stepped down to hand the position over to filmmaker, Manny Serrano. Debra works freelance as a writer/director, casting director, and producer. John is a director of photography, gaffer, grip, sound recordist, and producer.

LIIFE is a competitive film festival, and although it is not an Academy award qualifier, some of the films that have screened at LIIFE have gone on to win academy awards!

Your Film expo has different panels including the importance of locations. Can you explain to my readers how important that is?

The panels change every year, but last year we offered our long-time screenwriting panel helmed by filmmaker Mitchell Bard. We had our Filmmakers Breakfast panel which had a cross-section of filmmakers from the current year’s festival. Our Legalities and Liabilities panel featured entertainment attorneys Marc Jacobson and Michael Prywes. For the first time, we presented a live reading of the screenwriting winner.

There’s generally someone in attendance to guide filmmakers to potential locations which can be used during the festival. I had been the Nassau County Film Commissioner for 33 years before I left in 2020 to concentrate on my filmmaking career.

You recently started some films which feature horses. How important is it to you to get the right horses and barn for your film?

As Film Commissioner, I set up many film shoots at both Sands Point Preserve and Old Bethpage Restoration Village, a Nassau County-owned property. We had to be careful about any new horses being brought in for filming to make sure that they had the proper handler, and that the horses were healthy so our horses stayed healthy.

One of the largest film shoots we set up, and one of my last as Nassau County Film Commissioner were the sets for filming the television series, The Gilded Age. The contract, when I left, was for three years. They built their sets in the Armory Museum portion of Old Bethpage Village Restoration, and if you’ve seen the sets, they’re amazing. This period piece uses horses and carriages, and Old Bethpage Village Restoration was the perfect place for this setting. Many people think filmmakers only need English and western riders, but carriages and barns are also needed.

I understand you and John are both big animal lovers?

Many years ago, John was background in a short-lived TV show called Running Wilde with Will Arnett and Keri Russell as he was formerly part of the Medieval Reenactment group called MSR. Besides live steel demonstrations and fencing, he also helped out with the horse team. The horses then were kept at the barn at Sands Point Preserve. Since Running Wilde was filmed at Sands Point Preserve, it was a perfect match for the television show!

Our lives also revolve around our rescue dog, Gracie. She is the fourth in our long line of rescue dogs. So yes, we are animal lovers.

Does it make it easier for the director if there are riders boarding at the stable to fill in scenes?

Many times the film company comes with their own cast, crew and riders. However, if there are riders boarding there they could easily be called on as well. As with the television show, Running Wilde, they used who we had available. It does make it easier.

Many films are seen all over the world thanks to technology. Barns, riders, and their location that is featured in the film is seen and usually get in the credits.

The film company will often list the location in the credits at the end of the film. I would recommend that the person who owns the location asks for that to happen to be certain.

For more information about the film festival: they can go to www.LongIslandFilm.com

Pearl Running Deer was the first Native American who rode on the circuit in the 80’s-2002. Her trainer was Maurice Honig from the French Equestrian team. She would follow Frank Chapot or Bert De Nemethy teachings. In the 2003-13 she was a high fashion model at the Mercedes Benz Fashion Week in NYC. At the same time, she was working with film directors, as a ”Girl Friday” and continues with the film industry today. Ms. Running Deer teaches riding, coaching at horse shows, and gives clinics.

Getting Medical Help When Hospital Costs are High