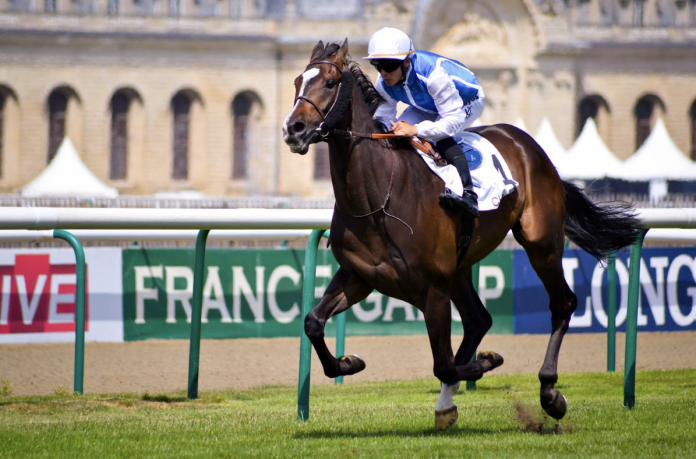 There are numerous horse races, each with its history and culture, and as many as 300 distinct horse breeds worldwide. But first, let’s look at the several forms of horse races most frequently depicted in media and literature.

Flat, steeplechasing, harness, and endurance racing are the most common types of equestrian competitions. While races in the former category take place on flat courses without any obstacles, those in the latter category involve jumps, horses in harness races pull carts, and those in the latter compete over extremely long distances.

Although most people are aware that races run on a flat track, there is a vast world of equestrian competition to explore. Let’s go over the most prominent ones in depth so you can learn about them and decide which racing event would be most interesting for you to observe or participate in.

Humans have used horses as means of transportation for thousands of years. However, horses have also served as warhorses in the past. The warriors also held races between their mounts to show who had the best steeds.

One of the world’s oldest and most widely followed sports can trace its roots back to the early days of horse racing. Flat and steeplechase races, harness races, and endurance racers are just a few of the various types of horse racing out there.

The term “flat racing” refers to equestrian competitions that typically run at speeds of 40 mph (64 kph) or more and cover distances of 1 mile or more. In a steeplechase race, riders must guide their horses over fences and other obstacles without losing control.

Harness racing involves harnessed horses trotting or pacing behind a human driver. Long distances are covered with minimal respite for the rider and horse in endurance riding.

Athletic horses and outstanding champions are a constant across the many variations of horse racing. Several moving parts contribute to the success of a racehorse. If you want your horse to be a winner on the track, you must pay close attention to its genetics, training, diet, and environment.

Ancient cultures from all around the world are credited with recording the sport of horse racing’s humble beginnings. According to historical accounts, horse races were common in Ancient Roman society, frequently held in conjunction with other sporting events. These races’ entertainment and gambling potential has been the subject of speculation thanks to the betting opportunities they presented.

Horses are developed for speed, strength, and stamina for the popular sport of flat-course horse racing, which is held on turf or dirt oval courses.

I bet you’ve always wondered, “What exactly are the different categories of horse races?” The Kentucky Derby and the Preakness Stakes are the most well-known, but there are many others, from the American Oaks to the Santa Anita Handicap, that are just as exciting.

Different types of horse races include the “claiming,” “allowance,” and “stakes” events. The races will be even more thrilling and competitive due to this.

What is a Claiming Race?

Horses entering a claiming race can be purchased (claimed) for a set amount regardless of the event’s outcome. This means that if you stake a claim on a horse, you will be the sole owner of that horse after the race, regardless of the outcome.

If you want to get into Thoroughbred racing but can’t afford to buy a horse outright or wait for its value to improve, consider entering it in a claiming race. They’re entertaining because you can never know the horse’s breed. Like many other outstanding horses, Seabiscuit competed in “claiming” races.

Rules vary by jurisdiction, but in most places, the winner of a claiming race can be claimed by any licensed individual, with a few exceptions (like trainers).

The most common type of horse race in the United States is the claiming race, so if someone else claims the horse you wanted, don’t fret. Each week at most tracks, there are many claiming races.

Be wary of claiming a horse, as some trainers utilize claiming races as a means of dumping horses that have developed physical issues.

What Is An Allowance Horse Race?

Allowance races differ from claiming races in that the horses in them aren’t up for grabs and require certain minimum conditions to be met before they can enter the race. They must fulfill certain conditions, such as winning fewer races or amassing less prize money.

This race is available to horses of any age or gender that have not won two races since December, except for claiming races.

It’s unusual to find such a condition, and the existing ones typically include age or gender limits. “nonwinners of two races, for 3-4-year-old fillies and mares” is a far more typical scenario.

Many believe that the horses participating in allowance races are superior to those in claiming races but inferior to those in stakes races. To learn more about various kinds of races, please continue reading!

The highest level of Thoroughbred horse racing in the United States is called a stakes race. Stakes races sometimes go by the names grade 1 and grade 2 races. Horses aged three and up compete in these events.

Regarding horse racing, the most significant payouts go to the winners of stakes races. An owner’s or trainer’s “stake” is the agreed-upon sum of money that must be put up to run a horse in a particular race.

Two stakes races are held at most tracks each year, with the frequency increasing weekly at some larger venues.

In conclusion, there are several types of horse racing. You can determine which racing type you like to participate in from those mentioned earlier. If you’re ready, you can message an event organizer or a sports betting website through their θυρίδα or give them a phone call to get started.

Airlie Corder is a Junior Rider on the Rise—and Caring for...