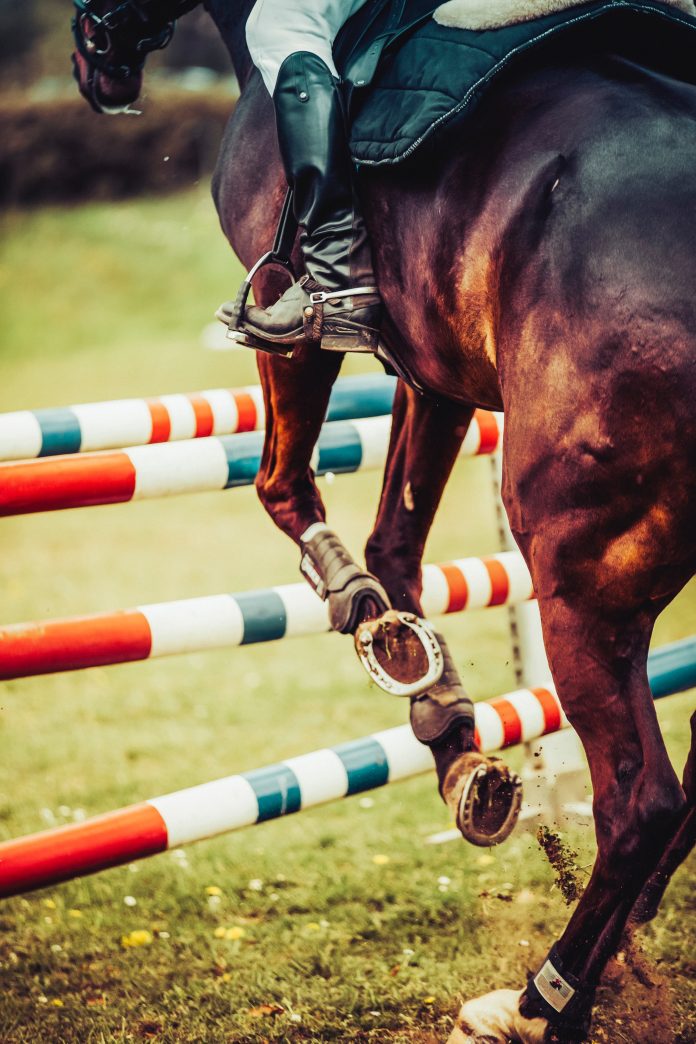 Show jumping has been considered an equestrian event for over a century now. It was introduced to the Olympics in 1900 and since then it has grown in popularity around the world. Over the years, some unforgettable events have taken place in horse high-jump competitions. Let’s look at some of the most memorable ones.

The Puissance is show jumping’s high-jump round. It consists of up to five rounds with the main wall that horses have to clear being raised after each one. During the first round, riders and their horses need to clear three to five obstacles before facing the wall. In later ones, they need only clear one obstacle, a spread jump, which is several fences of different heights placed together.

The world record holder for the Puissance is Franke Sloothaak from Germany. He and his horse, Optiebeurs Golo, cleared a wall 7ft 10 ½in (2.4m) high at a competition in 1991. What makes this feat so remarkable is that it hasn’t been beaten in over three decades.

The highest horse jump in Britain happened way back in 1978. Nick Skelton, who at the time was just 21, managed to clear 7 ft 7in 5/16th (2.32m) with his horse Lastic at the Olympia London International Horse Show. Highlights of his subsequent career include a team gold medal win at the 2012 Olympics and an individual gold medal win at the 2016 Olympics.

One can only imagine the atmosphere of experiencing Skelton’s record live. Any form of entertainment is best experienced live, whether it’s a game of football, poker games like the ones offered at Platin live casino, or in this case, horse high-jumping. Seeing the horse elegantly and effortlessly maneuver and jump is engaging in and of itself, however, watching a horse like Lastic accomplish such a massive record jump must really be a sight to behold live.

The current record for the highest horse jump at the Olympia London International Horse Show is 7ft 5 1/4in (2.26m). This was set back in 1980 by Patric Caron from France.

The Olympia London International Horse Show is held at Olympia London, a large exhibition venue and event space in West Kensington. It’s one of the biggest equestrian events in the UK. As well as show jumping, there’s horse showing, mounted games and dressage. Taking place across seven days in the week before Christmas, roughly 400 horses and ponies take part in it.

The world record for the highest equestrian jump ever is held by Captain Alberto Larraguibel Morales. The Chilean rider was competing at an event in February 1949 when he set the record, which hasn’t been broken since. He and his horse, Huaso (originally named Faithful) managed to clear a height of 8ft 1in (2.47m).

It took three attempts on the day for Morales and his horse to set the record. They apparently spent two years in training prior to the event and their hard work certainly paid off. Their record has stood for 73 years and is one of the sports world’s longest-running records to not be broken. It remains to be seen whether it will be broken anytime soon.

Robert Whitaker – Without a Saddle

Robert Whitaker holds the record for the highest horse jump without a saddle. He and his horse, Casino, managed a height of 6ft 11in (2.12m) at the Stockholm International Horse Show in November 2011. This record, like others mentioned in this article, remains unbroken to this day.

Perhaps Whitaker’s main career highlight is being named the British Open Show Jumping Champion three times in 2003, 2008 and 2009. He currently rides for the British show jumping team and has represented his country at Senior Nations Cup Team events no fewer than 25 times. His father, John Whitaker, is also into show jumping and has won a silver Olympic medal in the sport.

Daniel Bluman is an Olympic-level show rider who is from Israel and was born in Colombia. He started riding horses at the age of 3 and won his first medal when he was 16. Throughout his career, he’s notched up some impressive accolades including 2018 Rider of the Year by L’Annee Hippique and winning the Grand Prix at the Hampton Classic Horse Show in 2017 and 2021.

One of his most memorable events was in Dublin in 2013. He and his horse Clyde had just cleared 7ft 3in (2.20m) doing the Puissance. As he landed, Bluman raised both of his hands instead of holding on and produced an Irish flag, which he then gladly waved about. He didn’t break any records at this event, but he certainly livened up proceedings a bit.

Horses are simply incredible animals. They can be trained very effectively and, as seen from these show jumping events, they can be very athletically gifted. They help make the sport of show jumping exciting to be a part of and enjoyable to watch.

Five Ways to Keep Your Horse in Top Form with the...