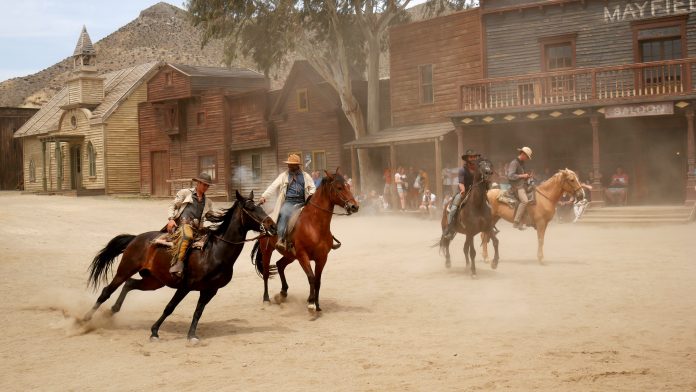 Read about the cowboy lifestyle and culture and how they have been influencing the world. Learn what things around us are inspired by the American West.

How Western Culture Influences the World

Who would have thought that a simple 19th-century worker working cattle on horseback would become a symbol of rugged individualism, freedom, and masculinity in the United States and beyond? Indeed, history has its bizarre turns. Anyway, that’s kind of a given that cowboy culture and Western lifestyle have been influencing the world’s culture tremendously, but how exactly? Today, everything is so mixed up that many don’t notice how many things were inspired by cowboy aesthetics. So what are these things exactly? Before we answer this question, let’s briefly tackle how cowboys emerged in the first place.

Many of us know that the cowboy is a descendant of the vaquero, a Hispanic cattle worker with excellent herding, roping, and riding skills. However, cowboy culture can trace its roots to many other cultures besides the Spanish. Before the beginning of the colonization of the Americas, horseback cattle handling was developing in Ireland, Scotland, and Arabian countries, from where it was exported to Spain and Portugal. And as we know, people from these countries were among the first American settlers.

During the Age of Exploration in the late 15th through 16th centuries, horses were introduced to Central America by Spanish and Portuguese colonists. Naturally, so did various horseback cattle handling techniques. The Spanish began building raches and hiring Indigenous Americans, whom they taught these skills. In particular, the a la jineta riding style allowed for a more precise and mobile way to move around the saddle, thanks to the shorter stirrups. Generally, this riding style was faster and more agile than a la brida, common with European heavy cavalry, and was used by hunters and light cavalry.

By the 1700s, refined from the Spanish horse riding tradition and the unique talents of Native Americans, vaquero riding skills and lifestyle became stand-alone phenomena. Vaqueros were migrating from Mexico City to present-day Texas, Arizona, and New Mexico. There they met Scots, Irish, and African Americans who were moving west for a new life after the Revolutionary War.

People with many different backgrounds and traditions worked side-by-side, and gradually their cultural features and vaquero lifestyle blended into the image of the cowboy we know today. Interestingly, the term cowboy is believed to be used to refer to African Americans since being called “boy” stems from slavery and the plantation era of the South; white cowboys were called cowhands.

As you see, initially, the cowboy had many faces. However, the 20th century created a homogenous image of the cowboy as a white American man. It was romanticized and heroized because the world was a crazy place during the first half of the 1900s. So American citizens, caught in the rush of the Industrial Revolution, were craving strong, ingenious, free characters who would gloriously reflect the luster of the national history and identity of the United States.

The cowboy culture bred the Western genre in cinema, literature, poetry, music, and dance. It spawned a rich vocabulary, gave recreation and sports that arose from cowboy working practices, and created distinctive clothing.

Thanks to globalization, the world discovered cowboy culture and began adopting it. So what things around us are inspired by the American cowboy?

Once created for maximum comfort in the saddle, functionality, and efficiency, western wear, cowboy boots, and cowboy hats have been adapted for 21st-century boys and girls who might have never been riding a horse, not to mention owning one or working at a ranch. Actually, diversification into more styles and colors began in the 40-50ss with the golden age of Western movies. Posters with Marilyn Monroe wearing cowboy boots, Ronald Reagan in his Stetson hat, and so on; cowboy clothing was on-trend coast to coast.

Today, you can keep it simple and dress close to traditional cowboys. Men can go with a sophisticated Stetson, a plaid shirt with a patterned or flared yoke, relaxed jeans supported by a belt with a catchy buckle, and classic western boots. Women can pick a prairie dress and some gorgeous Corral boots with elaborate decorations. Or, if you want to be in the limelight, you may want to choose something intricately-designed, like western-inspired clothing/boots/accessories from Calvin Klein, Dior, Isabel Marant, Louis Vuitton, and other big-name fashion brands.

The Western movie as a film genre originated in the early 1910s and was enormously popular through the silent-film era until around 1927. However, advancements in technologies prompted major Hollywood studios to switch to other genres and themes, leaving the Western to smaller studios. By the 1930s, low-budget Western series and movies flooded the market and were widely regarded as a “pulp” genre until dramatically revived in 1939 with the release of some of the best western movies of all time, like Stagecoach starring John Wayne, Dodge City, Union Pacific, Jesse James, and others. It was the year when the golden age of the Western began.

As for international influence, the image of a wandering cowboy has had a huge impact on Japanese motion pictures. In particular, the Western helped to shape the samurai genre and was very inspirational for one of the greatest Japanese directors, Akira Kurosawa.

If there’s the Western, there also is something of the opposite kind, right? The Ostern was a soviet film genre, usually set on the steppes or Asian parts of the USSR that imitated the American West. The plot revolved around the Russian Revolution, the Civil War (White Sun of the Desert, 1970), or the post-Civil War period (At Home among Strangers, 1974).

Western elements were also embedded into science-fiction movies, series, and anime (Cowboy Bebop, Star Trek, Mad Max). Today, the Western is very much alive as well, though mostly set in the U.S. Some examples of the new Western movies and series include Breaking Bad, Justified, Too Old to Die Young, and Joe Pickett.

As with pretty much everything else in cowboy culture, western music originated as a music genre mixing Mexican, Scottish, Irish, and English folk music. It celebrated the image and the lifestyle of a working cowboy living around western prairies and the Rocky Mountains. However, as the cowboy was gradually transforming from a simple working guy to a romantic, heroic, glamorized figure, western cowboy music was transforming into what’s now known as country music. Country music kept the core elements of the sound, such as folk harmonies and string instruments, but the lyrics became quite the opposite of what they were before.

After a period of immense popularity, rock and roll began dominating the scales in the 1960s, so traditional country music got off-trend. However, it found its way into the mainstream through country rock, popularized by Bob Dylan, Nitty Gritty Dirt Band, Buffalo Springfield, and many more.

So, from that time on, country music was influenced by rock, hip-hop, pop, alternative, and other genres. We can see country elements in songs of Pink, Beyonce, Alicia Keys, Lady Gaga, Justin Timberlake, Carrie Underwood, Taylor Swift, Miley Cyrus, Chris Young, Lil Nas X (“Old Town Road”), and many other artists popular all around the world. Outside the U.S., country music and its subgenres are favored in major English-speaking countries, Mexico, Latin America, and Japan.

When will another shock occur at the Kentucky Derby?