Home Off Topic 2023 Pegasus World Cup: List of Contenders to Watch Out 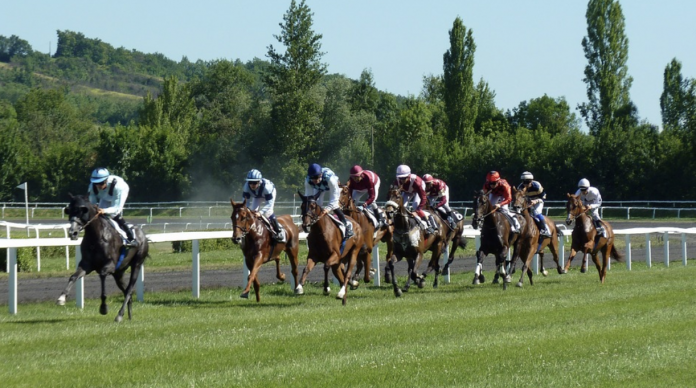 The Pegasus World Cup by Baccarat is a newly founded invitational American thoroughbred horse race. The first race first took place in January 2017 and has been one of the most anticipated horse racing events every new year. It has quickly established itself as the leading lifestyle event and the luxury sport of South Florida.

The new season of the Pegasus World Cup will take place on January 28 (Saturday) at Gulfstream Park Racing and Casino. If you’re planning to participate in horse race bettings or casually watch the whole event, here’s a list of possible horses you can expect during the race.

Cyberknife is a three-year-old colt that was born in 2019. He first started participating in various competitive racing in 2022 Lecomte for Grade 3 horses. Although Cyberknife finished in sixth place, he easily devoured his following racing competitions for Alwoc and the 2022 Arkansas Derby (G1).

A few of Cyberknife’s recent wins are in 2022 Travers Stakes (G1), where he finished in 2nd place; 2022 Pennsylvania Derby (G1), where he completed in third place; and 2022 Breeders’ Cup Dirt Mile (G1), one of the most prestigious horse racing event, where he placed in second place. In 2023, fans have speculated that Cyberknife will participate in the 2023 Pegasus World Cup (G1).

White Abarrio has been racing from 2021 to 2022. This three-year-old colt has already raced in various racing fields, such as Churchill Downs, Monmouth Park, and Gulfstream Park. One of the biggest horse racing stakes he participated in was the 2022 Florida Derby in April, where he finished first.

Charge It has also run in a few graded stakes at Belmont Park and Gulfstream Park. So far, he participated in five starts, and he won two of them. While he placed second twice, he was in 17th place for his Kentucky Derby attempt.

However, failure didn’t hold him back as he raced back to the top for his most recent stakes win at 2022 Dwyer (G3), where he finished as the winner. He is also rumored to run for the Pegasus World Cup, and fans can look forward to his appearance if nothing happens.

Simplification has the third highest rating with 7.20, just behind Cyberknife and White Abarrio. He’s also one of the colts that have the possibility of appearing for the Pegasus World Cup 2023. He started racing from 2021 to 2022 and has already appeared in twelve, where he won three of them, placed second once, and finished third place three times.

One of his significant wins was in the 2022 Fountain of Youth (G2), where he placed first. Unfortunately, Simplification only finished seventh place in the 2022 Breeders’ Cup Dirt Mile. Nonetheless, this doesn’t change the fact that he has caught the attention of some horse race fans.

Cody’s wish is a four-year-old colt, one of the horses with the most wins on this list. He has won seven of his 11 starts and never fell out of the top three. This colt has participated in several huge events, such as the 2022 Breeders’ Cup Dirt Mile, where he was in first place.

Out of all the horses on this list, Brooklyn Strong is one of the oldest horses to be anticipated to participate in the 2022 Pegasus World Cup. This gelding has been racing from 2020 to 2022 and has already been in 14 starts.

Unfortunately, he didn’t have any significant wins in his six starts in 2022, but he was in third place for four races (Claim, 2022 Saginaw, 2022 Evan Shipman, and 2022 Greenwood Cup). Nonetheless, fans can look forward to Brooklyn Strong in the tracks of Gulfstream Park.

Informative is a currently active five-year-old horse who has been running since 2019. With his rich history of races, he’s already participated in 36. In his five years and 36 starts, he has won four races, placed second in three others, and three more races in third place.

A few of his significant runs were in 2022 Philip H. Iselin (G3) and 2021 Salvator Mile. It seems like the 2023 Pegasus World Cup will be Informative’s first time, and his long-time fans are looking forward to what he’s going to present.

You can start your new year with a bang with the 2023 Pegasus World Cup. If you’ve been a horse racing fan for a long time, you’ll understand how a new set of horses brings in new surprises every year. Thus, you can look forward to more in the next year with these above-mentioned possible candidates. Don’t forget to secure tickets and lock your eye on your favourite horses.

Cool Cat: Overview of One of the Most Popular American Casino