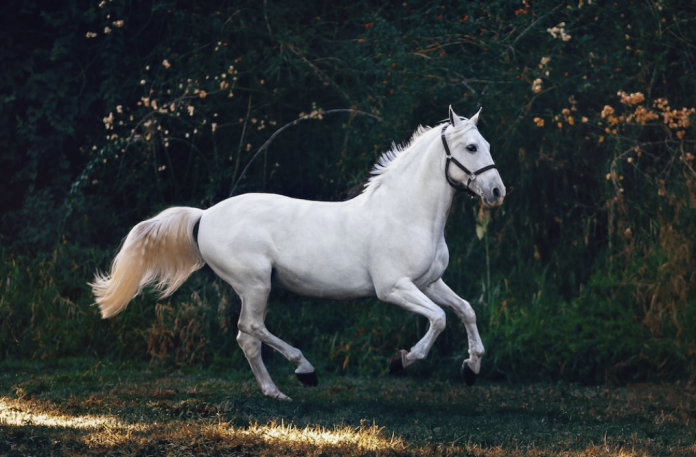 If you are an avid Netflix watcher and horse lover, you’ve found the right place! Finding good horse movies or shows can be time-consuming, so let us do the job for you.

Below are 8 great equestrian shows currently on Netflix that we’ve chosen as the most likely to satisfy your wild heart and give you just the kick you need to saddle up your four-legged friend.

This family comedy-drama TV series is based on the book series, Heartland, by Lauren Brooke. It debuted in Canada on October 14, 2007, and aired its last season in 2022. Two sisters live on their Alberta-based ranch, with their widowed grandfather. The series shows the family’s adventures and life experiences, both good and bad.

Where is the Heartland filming location? Can you go horseback riding in Heartland too? There’s a big Heartland following on the net – start streaming, so you can join the conversations.

This British drama series starts when 15-year-old Zoe leaves LA and travels to an island off the coast of England where her mother grew up. She soon finds her summer vacation to be anything but ordinary when she creates a friendship with a horse named Raven. This series is a must for any horse lover.

This is a Canadian children’s TV series with just 20 episodes. The Ponysitter’s Club is based on the book by Victoria Carson. It’s about Skye and her group of friends who rescue abused horses and ponies and raise them on her ranch.

How to Be a Cowboy is a reality series about Dale Brisby, a champion rodeo competitor and the owner of Radiator Ranch in Texas. Dale’s fame began with his high-following YouTube series, Rodeo Time.

5. My Heroes Were Cowboys

This documentary is about Robin Wilshire’s life. He immigrated to the United States at a young age and immediately fell in love with tales of cowboys. He decided he wanted to be a horse trainer. Though there weren’t many horse training schools in America, that didn’t stop him.

This film, based on a true story, is about 19-year-old Amberley Snyder, a rodeo barrel racer whose life is turned upside down after an accident that left her paralyzed from the waist down. Amberley overcomes her greatest struggles to get back on her horse.

Based on the novel Ghetto Cowboy by Greg Neri, this 2020 drama film will move you. 15-year-old Cole is sent to Philadelphia to live with his father for the summer after continuously getting in trouble at school. He ends up spending his day with a community of black riders at a stable, where he helps care for and maintain the horses.

This 2017 German drama is about a 17-year-old girl with a congenital heart condition. Despite her illness, she is recruited by a racehorse trainer to be his neck prospective jockey. She overcomes every challenge and dives into each crazy and dangerous adventure. This one is a bit emotional, so be prepared!

Choose a series or movie from this list of equestrian favorites. Whether you’re into romance, comedy, or adventure, we’ve picked 8 great choices that are sure to give any horse lover a hankering to get out and ride.

So, book a night in with a friend, grab your tub of popcorn, snacks, and drinks, and sit back on your couch while you watch the movie or show of your choice.