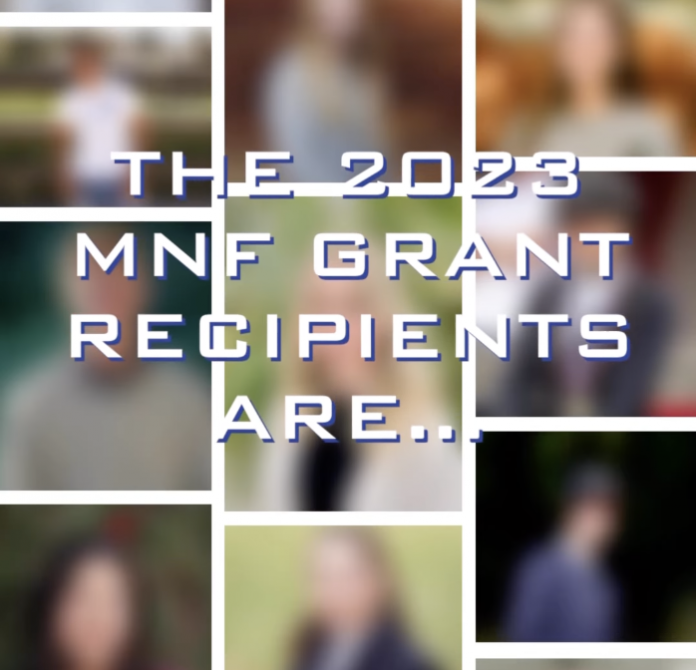 In 2015, West Palms Events established the Michael Nyuis Grant Program to provide young riders with financial support to lessen the burden of entry and show fees. Applicants submit a brief application with a summary of their equestrian experience and two videos, one explaining why they should receive the grant and one showcasing their riding skills.

The 2023 judging committee included Thunderbird Show Park President Jane Tidball, US Equestrian Team member Mavis Spencer, professional horseman Matt Archer, and West Palms Events CEO Dale Harvey. “This year’s group of candidates was truly exceptional,” Harvey said. “It was a tough decision to narrow it down to just 16 recipients, but we believe those selected are among the most deserving and have a bright future in our sport. We have no doubt that they will make a positive impact in the equestrian community with the opportunities given to them.”

“I grew up in the northern part of Canada, and there weren’t many opportunities available to me,” he added. “I could not have done it without all the people who were willing to help me. It’s truly an honor to be able to pay it forward and help these hardworking young riders achieve their goals.”

The foundation honors Harvey’s nephew, Michael Nyuis. While he was not a participant in equestrian sports, Michael was a true sportsman, and as a young man worked on the ring crew at Thunderbird Showpark in British Columbia. “Michael was a giant in his community,” Harvey said. “He influenced and helped thousands of people in his life, many of them young people. He lived his life giving back and helping others. We named this in his honor for that reason.”

Congratulations to all the 2023 Grant recipients!

TOBI BENEDICT
Hometown: Newport Beach, CA
Age: 19
Goals for 2023: Continue building confidence, mileage, and skills in the 1.20/1.25m division and step into the 1.30m jumpers. I also hope to compete in the hunter ring more and to compete in my first Grand Prix by the end of the year.

ADRINA PLAYER
Hometown: Compton, CA
Age: 16
Goals for 2023: I am extremely grateful that I now have a horse that can allow me to move to a higher level. I want to show in jumper, equitation, and medal classes and jump 1.10m by summer of 2023. I’m looking forward to having an outstanding experience this year.

ZACKO HARDIN
Hometown: New Cuyama, CA
Age: 17
Goals for 2023: My goals are to move into the 1.40m and 1.45m jumpers and compete in a national standard Grand Prix, as well as compete more in the equitation to finish out my final junior year.

ALEXANDRA CREGER
Hometown: Glendale, CA
Age: 15
Goals for 2023: I hope to gain confidence and get consistent in the show ring. I also want to compete in a medal final.

DANIELLA STERNBERG
Hometown: Yorba Linda, CA
Age: 22
Goals for 2023: I am extremely excited to get my young horses exposed to a variety of venues. A big goal is to get my 7 year old into some national standard Grand Prixs by the end of the year and campaign some sales horses in hunter derbies.

JOSLYN KRAMER
Hometown: Calabasas, CA
Age: 14
Goals for 2023: I want to be showing in the 1.10m divisions and doing 3’6 hunter derbies. I’d like to improve on all levels.

LILY GROSZ
Hometown: Huntington Beach, CA
Age: 15
Goals for 2023: I’d like to gain experience in the 3’6 equitation and move into the jumper ring. In addition, I hope to participate in medals such as the Hamel Foundation NHS, THIS National Medal, and other local medal finals.

TARYN MCENTIRE
Hometown: Oceanside, CA
Age: 15
Goals for 2023: Qualify for all the major 3’3 equitation finals, and start competing in the 3’6 equitation. I’d also like to qualify for the Children’s Jumper Championships and Junior Hunter Finals.

NOAH NELSON
Hometown: Santa Barbara, CA
Age: 17
Goals for 2023: I want to qualify for the NAYC at 1.40m, and compete in Maclay Finals.

CHLOE REIFERT
Hometown: Newbury Park, CA
Age: 20
Goals for 2023: I plan to further my knowledge in all aspects of the equestrian world. I hope to move up in the jumper ring, compete in the USEF Talent Search Finals, and step into some hunter classes. I also plan to develop some young horses this year.

MADELINE ANG
Hometown: Arcadia, CA
Age: 17
Goals for 2023: I want to be successful in the 1.10m jumpers and start competing in the 1.20m, get a medal at the USHJA Zone Championships and National Championships, and qualify for a Gold Star Clinic.

MAGGIE DUMRAUF
Hometown: Del Mar, CA
Age: 16
Goals for 2023: Riding and learning on as many horses as possible, be competitive in the 3’3 and 3’6 equitation, compete in local medal finals, and show more frequently.

My Pony Wants to Graze at Shows With His Bridle On....