Home Off Topic A Day in the Life of a Racehorse 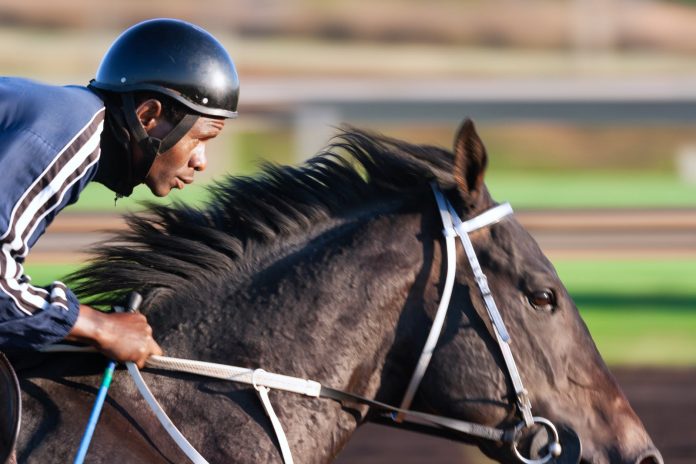 Whilst all of us who are lucky enough to own a horse will know how much work goes into keeping our equine friends well looked after, few could imagine the extra dedication that goes into keeping a horse racing fit.

Racehorses are the athletes of the equine world, and a huge amount of care and attention is required to ensure that they’re in peak physical condition. If you’ve ever wondered what their early life is like, how they take their first steps into racing, or what a day in a racing yard looks like, then we’ve got a treat in store for you.

There are all different kinds of horse racing, some horses run on the flat, others over jumps, and some pull a sulky behind them in harness races. All of them start their training early to give them the biggest head start possible and ensure that when it comes to the time for racing, they’ve got the greatest chance of coming home a winner.

Trainers who enjoy horse betting will have that extra incentive to ready a winner, but it would be fair to say that with the sheer amount of work involved, anyone in the racing industry does it for the love of the animals and the sport.

Getting Ready to Ride

As we mentioned earlier, racehorses have to be started early to give them the best chance on the track. There are races specifically for two and three-year-olds, which, firstly, help horses get used to the sights and sounds of being on a racetrack and secondly, give them the chance to prove themselves against others from their age bracket. These races can hold high prizes and even allow them to qualify for other prestigious races.

Until the age of at least 18 months, no horse will be ridden. Until then all horses will be put out to pasture to develop naturally and have groundwork completed with them to get them used to being handled by their groom, accepting a bridle and saddle, as well as all of the other activities like rug wearing and horse walkers, that a young horse might be expected to get on with.

After all of this groundwork has been completed, a horse will be ‘broken in’ a term that means simply accepting a rider. Training methods vary, but this is usually done slowly and carefully so that the horse has positive associations with having a rider on its back.

Once the horse is working away happily, cantering in groups, trotting out in the open, and can listen to aids, training begins. Horses are very often given a break over the end of winter, to allow what they’ve learned to sink in and ready them for the beginning of the new year and a fresh training regime.

January hits, and when the horse turns two and they are started on faster work. Cantering and small bursts at gallop are usually done with longer stirrups to allow the horse to work on its balance.

As its fitness improves, it will spend longer times cantering, work over inclines to build muscle, and will eventually begin completing two and three-furlong bursts of gallop to get the horse up to peak fitness. Just before they’re ready to run, horses will learn to quietly enter the racing stalls and jump off from a standstill.

Now that the horse is race fit and in regular work, it will slot in with the routine of the other horses on the yard. Whilst all trainers have their own methods, A typical daily routine could look something like this.

Work begins for the stable team at around 5 am, and all of the horses will be given their first feeds of the day (which will usually have been prepared the night before). As feed is given, each horse will be given a quick check over to make sure that they haven’t hurt themselves during the night.

Between 6 am and midday, the stables will be mucked out and any horses who were noted as not quite seeming themselves will have essential checks performed, such as their temperature and hydration levels.

During this time the horses will go out in ‘lots’ or small groups and complete their work for the day. This could include a brisk walk, followed by a harder workout on the gallops and a cool down on the horse walker. It could be a long canter through fields, or a spell on the lunge line, working on a circle. Each horse will have its own routine that will have been meticulously worked out to ensure its fighting fit by race day.

After all horses have cooled down from exercise, their second feed will be given. After horses have finished their second feed, it’s a quiet period in the stables. By 3:30 pm it’s time for the horses to have their stables skipped out (a quick version of a full muck out).

As the grooms go around the stables, they’ll check again that none of the horses have injured themselves and will give each horse a thorough groom. Depending on the weather, the horses will be rugged up and a third feed might be given. By 8 pm all of the horses will be checked and those that require it will be given a fourth feed.

Cool Cat: Overview of One of the Most Popular American Casino