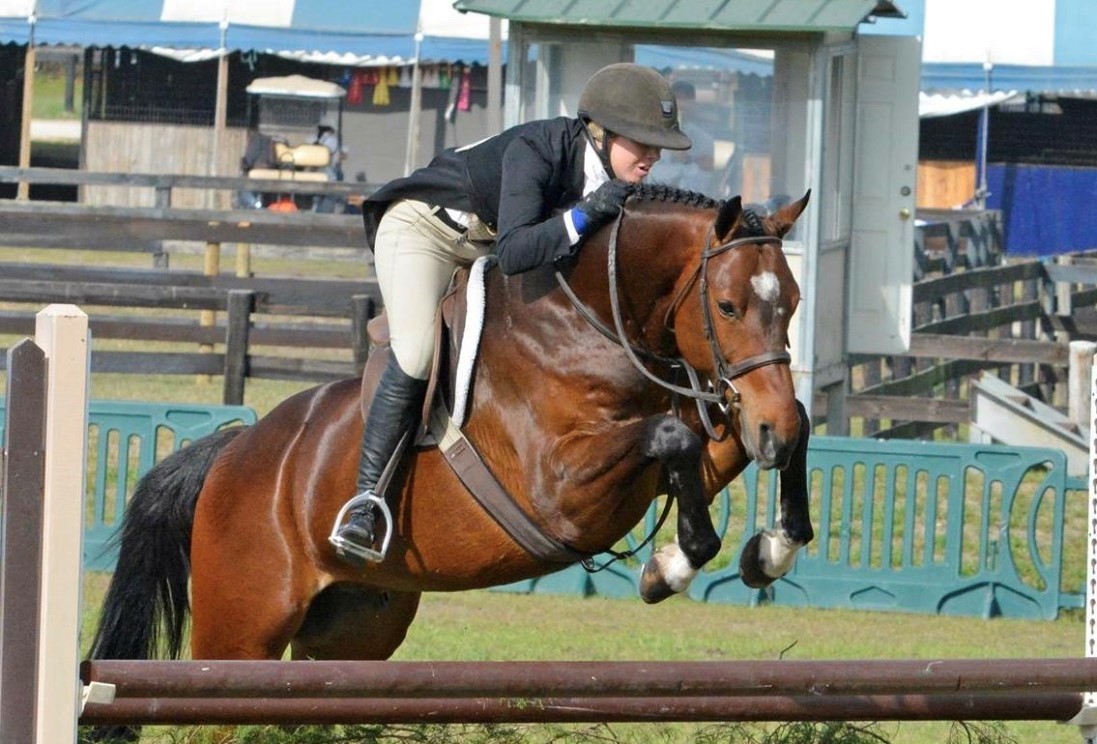 Dorrie Douglas, rider for Mike McCormick’s MTM Farm in Flower Mound, TX is packing her bags to head to Devon, Pennsylvania. Douglas will be competing S&L Farms’ S&L Just A Cobbler in the 3’6” Green Hunter division. MTM Farm will be represented by Douglas and by Tracy Fenney on MTM Fashion and MTM Outbid in the hotly contested division. Douglas, of West Bridgewater, MA, has been competing the beautiful bay seven year old gelding for less than a year. “Sam Edelman bought him in Europe and we were lucky enough to get him last summer as a six year old,” Douglas explains. “ We did him in a few pre-green classes and he has been very successful.” Edelman has a long history of successful show hunters and jumpers, and Cobbler adds to the business magnate’s storied equine roster. In 2016, S&L Just A Cobbler was 6th overall in the Pre-Green Incentive Championships, Reserve Champion at the Capital Challenge Horse Show, and 4th in the Diamond Mills $500,000 Hunter Prix. In his first year in the 3’6” Greens, Cobbler has continued to jump into the winner’s circle in 2017. With numerous Championships and top ten International Hunter Derby placings, the game horse is poised for success at Devon. “Cobbler loves horseshowing and is so serious about jumping,” Douglas explains. “We knew he had the ability, and it has been so much fun to take him from a pre-green horse to jumping the 4’ options. He loves the spooky, high stuff.”

Both Cobbler and Douglas are Devon rookies. Undeterred by this status, Dorrie claims that the pressure is off. “I feel like we have a chance of doing well. I don’t feel like an underdog anymore after last year’s successes. I know I can do well at horse shows like this, and I’m so excited to go!” Last year’s milestone was winning a class at Capital Challenge. This year will hopefully be marked with a Devon blue. Douglas has had a career path of which young equestrians should take note. Daughter of professional trainer and rider, Karen Douglas, Dorrie and her sister were lifelong equestrians. Realizing the essential value of education, Dorrie chose to attend college and graduated from St. Lawrence University in 2009.  At SLU, she rode under coach Mary Drueding to make it IHSA Finals. After graduation, Douglas worked in Seoul, South Korea as an English teacher for two years. ‘I rode and I got an education and some great experience outside of horses. And then I came back. I tell kids that horses are a lifelong opportunity. Horses and horse shows aren’t going anywhere. Go and make sure that this is what you want to do or figure out how to make enough money to show on the weekends.”

Douglas praises the MTM team for the opportunity to ride diverse, talented horses. Mike McCormick and Tracy Fenney have been a formidable duo from the Grand Prix ring to the hunter ring, including winning the 2015 Pre Green Incentive Championship. “Mike and Tracy are so generous and believe in giving other people opportunities. I am so grateful for their support.  Mike is a master on the ground; I learn so much from him.” Douglas also successfully competes MTM Farm’s S&L Elite in the Grand Prix’s, including a win in the 2017 $50,000 HITS Grand Prix in Ocala, FL.

Look for Dorrie Douglas and S&L Just a Cobbler as they walk into the Dixon Oval at The Devon Horse Show, where Champions meet.