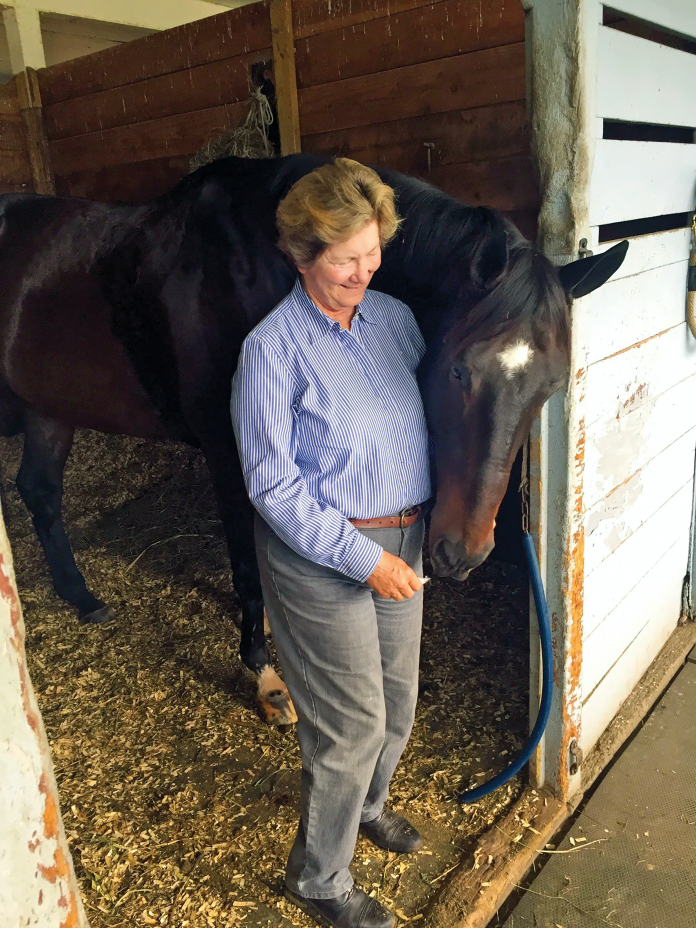 Kip Rosenthal’s lifelong passion for horses began officially at age 10 when she began taking riding lessons once a week from Anne and Frank Grenci at Fox Hill Farms in Pleasantville, NY. She went on to train with Victor Hugo-Vidal at Cedar Lodge Farm in North Stamford, CT. Under Hugo-Vidal, she rode her own Goodboy Dee to the 1966 and 1967 American Horse Shows Association Small Junior Horse of the Year titles.

Rosenthal finished her Junior years with George Morris who guided her successfully to numerous championships in the Equitation and Jumper Divisions. With her partner, Rome Dome, she won the AHSA National Junior Jumper Horse of the Year title in 1968. Then they moved up into the open divisions and competed as a member of the UU Equestrian Team. At Bennett College she worked with Carol Molony and Jim Fallon. Before turning professional, she also trained with Bert deNemethy, Dave Kelley, and Frances Rowe.

In 1977 she became the senior trainer at the Ox Ridge Hunt Club in Darien, CT, where her interest in training and judging further developed.

Her passion for Sports Psychology began when she befriended Dale Hueber, a learning disabilities specialist and reading consultant. Rosenthal went back to school and earned her bachelor’s degree in psychology, two master’s degrees in education and psychology, and a Ph.D. in psychology from Fordham University in New York. She developed her own sports psychology system, wrote articles for various publications, and she published a book, Kip’s Tips, in 2020.

In 1985, Rosenthal opened her own training business Benchmark Farm, first at Cedar Lodge Farm and later at Coker Farm in Bedford, NY.  Her students won several national equitation finals and multiple Horse of the Year awards. As an “R” judge, she also officiated at many major events. She also served in governance as an active committee and task force participant. Rosenthal held a special interest in the EAP (Emerging Athletes Program), where she served as an honored clinician for regional and national sessions for many years.

Despite failing health, she continued her life’s work until close to the end. Rosenthal is survived by her sister Jo Michaels, brother-in-law Jerry, and nieces Lauren and Abby.

Kip Rosenthal’s legacy in the horse world will live on with a memorial trophy in her name.

Trophy to be presented to the junior rider accumulating the most points in the competition year at the following national equitation finals:

Total points to be calculated using the following system for places first through tenth:

*This story was originally published in the September 2021 issue of The Plaid Horse. Click here to read it now and subscribe for issues delivered straight to your door!

From Backyard Ponies to A Shows: Ada Cosby’s Career Proves the...