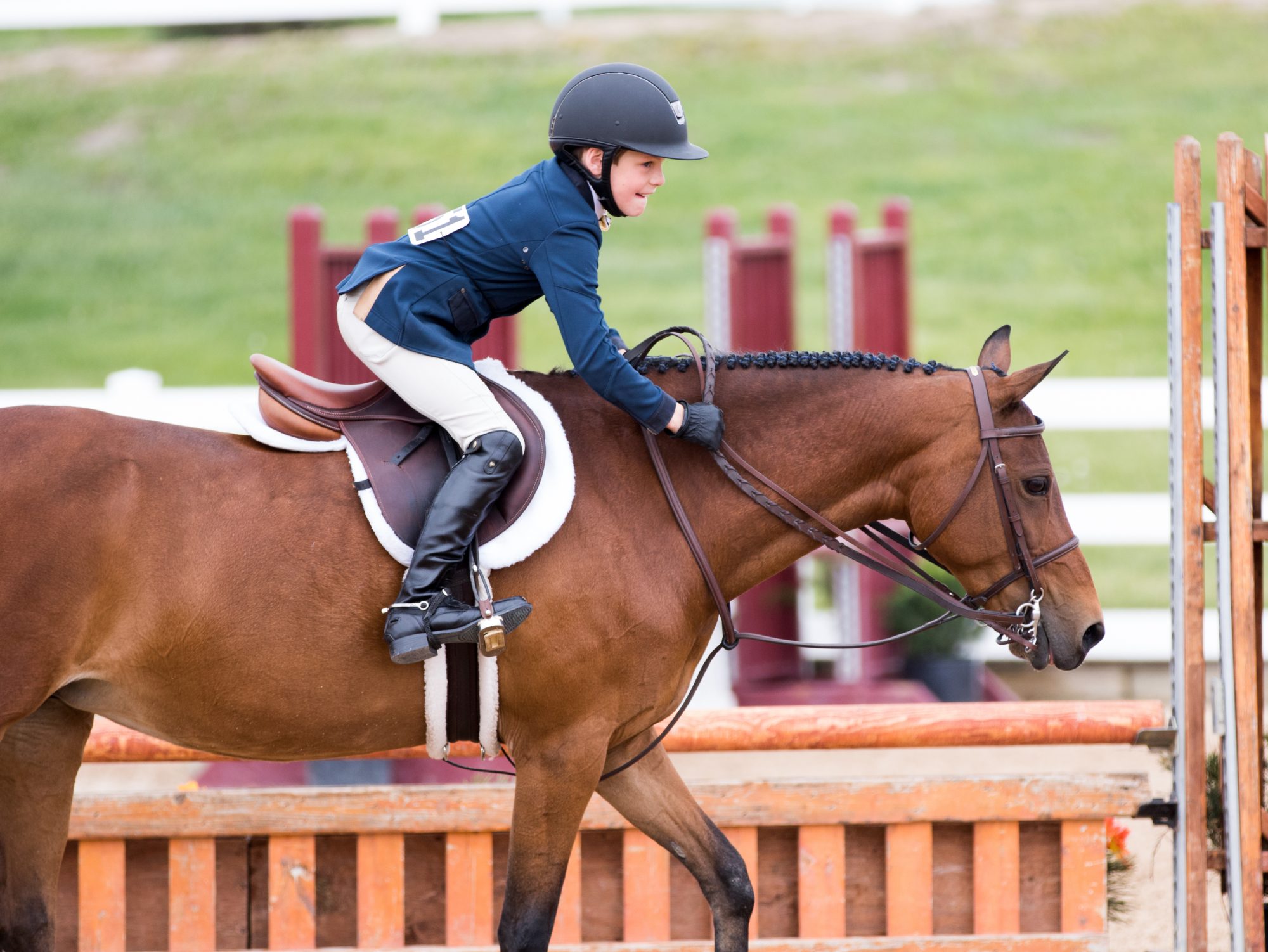 Article and Photos By Mackenzie Shuman

With his impeccable style and charming demeanor, it’s hard to miss young Ryder Richardson at The Colorado Horse Park. However, put him in the ring on one of his two ponies, Mustang Sally or La Luna, and Richardson becomes a fierce competitor. Despite his competitive spirit, Richardson knows how to keep his poise as a gentleman.

The first time I had the pleasure of meeting Richardson, who is 10 and currently home schooled out of Denver, Colorado, he had just finished a few stunning pony hunter rounds on his 14 hand pony, Mustang Sally, or Sally. Noticing the smile on his face, I introduced myself as he put down everything he was carrying to shake my hand. His manners were better than most of the grown men I know

His grace does indeed carry on into the show ring, as Richardson is quick to praise his ponies after each round, whether or not it was a winning round. These days, you can spot him riding Sally in the hunters. This pair has been together for about a year and a half, and have already had tons of success together. While they have experimented in the jumpers, Richardson says that, “Sally just has more of that hunter-y look to her that the judges like, so we are making her into more of a hunter and eq pony.”

On the contrary, Richardson and his other pony, La Luna, or Luna for short, have found their niche in the jumper ring as he says, “she definitely has a little more of a kick to her.” While Luna may be considered a small medium at just 12.3 hands, she sure does make up for it with her huge stride and even bigger heart.

In the pony ring now, Richardson plans on staying there until he ages out, or grows to be big enough for a horse, whichever comes first. While Richardson says that Kent Farrington has a major influence on his riding career, one can easily say that Ryder himself should be considered a great influence on others. Look out for his endearing personality and his spirit in the arena in the ponies at shows throughout the summer.