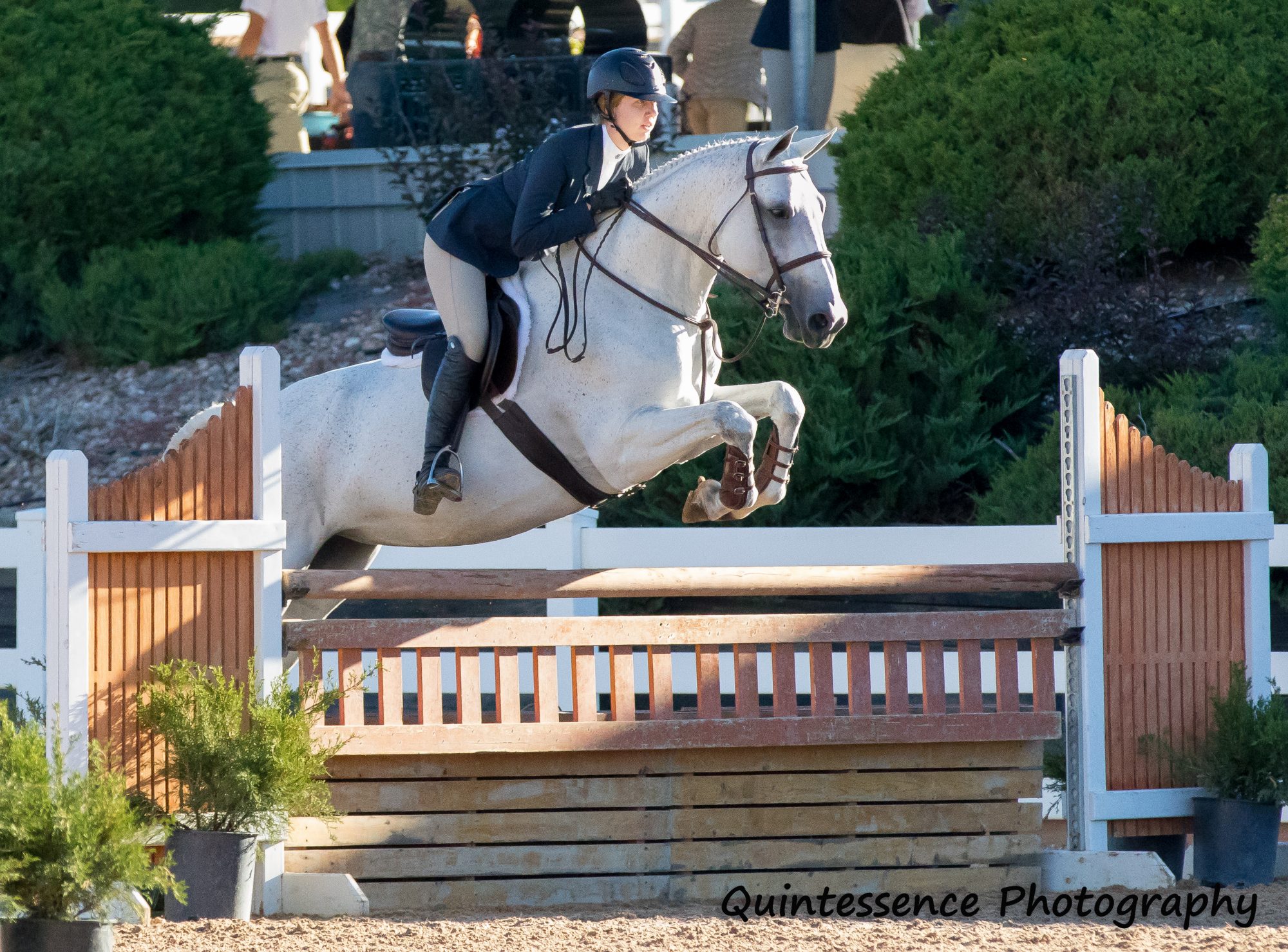 The jumps were set, the horses groomed, the riders ready, the mood tense. Riders from all over Region 6 were ready to compete in the ASPCA Maclay Regionals to claim their spot in the prestigious finals. One rider in particular, Lanie Walkenbach, a 15 year old from Paradise Valley, Arizona, had her sights set on gold and was able to achieve that goal.

After emerging victorious, Walkenbach gave us some insight upon how the course felt, saying that it was “I knew it was going to be a really challenging course, but also kind of a fun one. So I was excited to take on the course and give it my best shot.”

The course, designed by Ken Krome, sure was challenging, consisting of several bending lines and combinations that made all the collection and extension work worth it. Walkenbach said she concentrated on getting the correct number of strides in the bending lines as well as “really making sure my horse was paying attention and listening.” This was key, as the various tight turns came up quick for many horse and rider combinations.

After putting down a stunning over fences rounds, Walkenbach walked into the flat phase ready to go. Knowing they were taking seven riders out of the sixteen that had competed, she knew she could not let her guard down, and that she did not. After the results were announced, she could not stop smiling.

Not only conquering in the Maclay, Walkenbach had a clean sweep in the large junior hunters on her versatile twelve year old mare, Verona. Even as this was her very first time competing in the state of Colorado, and recently recovering from a serious injury, she showed us just how competitive she can be. “It was a bigger show than I thought, I really enjoyed it and it was really fun here,” Walkenbach said. She will continue on to the finals in Kentucky on November 5th, along with Jaden Olsen who placed second, Allison Zimmerman who placed third, Kevin Apicella who placed fourth, Maddie Minnick who placed fifth, Frannie Twohig who placed sixth, and Rylee Shufelt who placed seventh.

On behalf of The Plaid Horse Magazine we wish Lanie Walkenbach along with all of the other qualifiers at the ASPCA Maclay Finals this year the best of luck and the safest of travels. What is a Place Bet in Horse Racing?