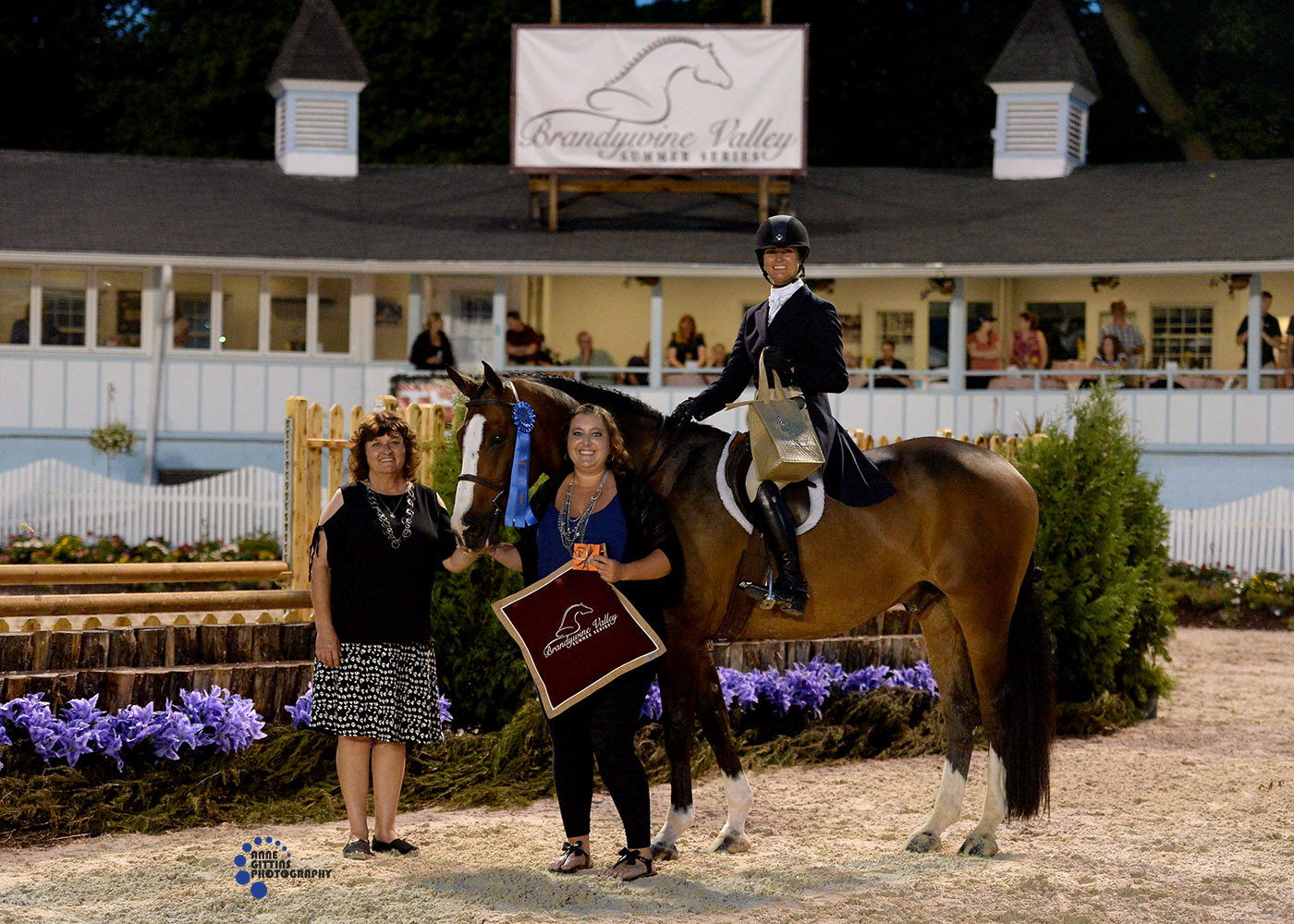 Photo: Julie Oliver on her own Bossa Nova

Devon, PA – July 1, 2017 – Louise Serio’s Derbydown was well represented in the USHJA $5000 Hunter Derby at the 2017 Brandywine Horse Show, finishing in the first, second, and third positions in the hotly contested evening class. Emerging victorious from the large field of accomplished horse and rider combinations was young professional Julie Oliver on her own Bossa Nova.  In second place was amateur rider Autumn Janesky and her Temptation with Christina Serio and Amy Guth’s Czar-Z finishing in third place.

The heavens opened with a proper summer storm late Saturday afternoon, sending horses and humans running for cover and delaying the start of the class. When the skies finally cleared, the Skip Bailey designed derby course impressively adorned the famed Dixon Oval at the Devon Horse Show grounds. Twenty two contested the class, a two round format with the Classic round first followed by the top twelve returning for a Handy round.

Julie Oliver, a trainer at Derbydown, was thrilled with her horse’s performance. Bossa Nova began his career as a pre-green horse under Louise Serio, and continued in the amateur divisions with then owner Amy Guth. Multiple bouts with colic curtailed the horse’s career as   team Derbydown tried to manage the chronic condition. As Oliver explains, “He is very special. He lives out as much as possible; we measure the amount of hay he gets and are exact in the feed that he gets. He is high maintenance!” The lovely bay gelding only shows 5-6 times per year in the National Derbies and 3’3” Performance Hunters. “He is very easy in the ring and never spooks at the jumps. He is so rideable that you can put him wherever you want to the jumps.”

The Derbydown riders led the field in the victory gallop around the Dixon Oval with smiles on their faces as they look forward their next USHJA National Hunter Derby at the Brandywine Horse Show on Saturday, July 8th.

Liz Atkins and Rodeo VDL Come Out On Top in Equifest...