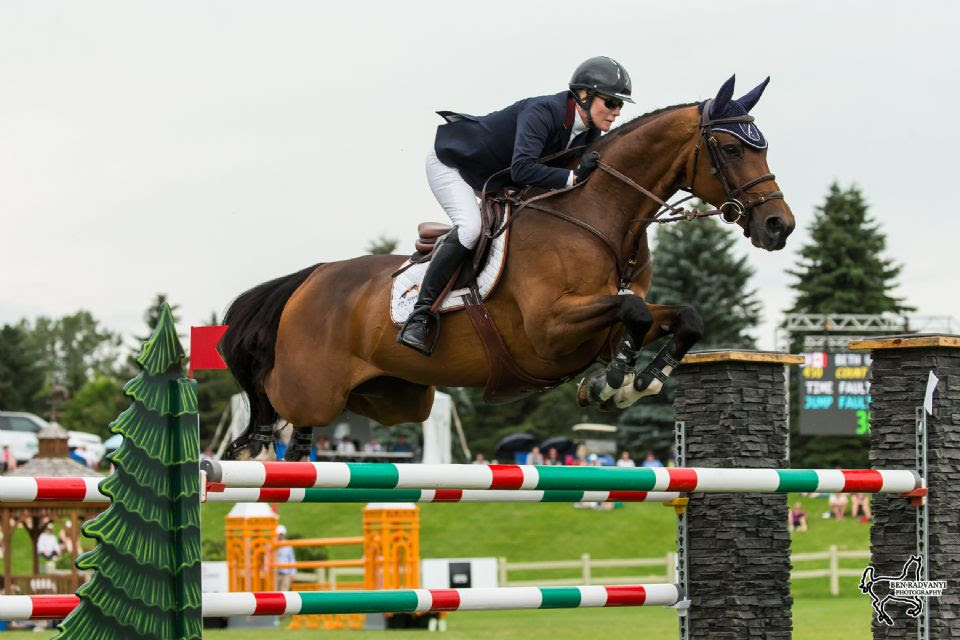 Canadian Olympian Beth Underhill of Schomberg, ON, and Count Me In won the $50,000 Brookstreet Grand Prix on Sunday, July 16, at the Ottawa National Horse Show in Ottawa, ON. Photo by Ben Radvanyi Photography

Ottawa, Ontario – Beth Underhill of Schomberg, ON, won the $50,000 Brookstreet Grand Prix on Sunday, July 16, at the Ottawa National Horse Show held at Wesley Clover Parks in Ottawa, ON.

A large crowd of spectators cheered on the 31 competitors who tackled the track set by 2016 Rio Olympic course designer Guilherme Jorge of Brazil.  Seven of those would jump clear to advance to the tie-breaking jump-off.

When Underhill entered the ring as the final jump-off challenger, the time to beat of 39.93 seconds had been set by Amy Millar of Perth, ON, riding her 2016 Olympic Games partner, Heros.  An Olympian herself, Underhill is no stranger to pressure and rose to the challenge, guiding Count Me In around the shortened jump-off track in a faster time of 39.23 seconds to seal the win.

“I’m fortunate that Count Me In is a very fast horse,” said Underhill of the ten-year-old Hanoverian gelding owned by Sandy Lupton.  “Sometimes he’ll get a little too quick, and he’ll get a little ahead of himself.  I took a couple of calculated risks today.  There was an option to leave out a stride to the combination that I’d seen Amy and Jonathon (Millar) do, but I felt it was going to make my horse get too quick, so I was hoping that by being efficient everywhere else on the track, it would be enough to win.  Fortunately for me, my strategy paid off.”

Amy Millar, 40, settled for second with Heros, a ten-year-old Belgian Warmblood gelding owned by AMMO Investments, while her older brother, Jonathon Millar, 42, took both third and fourth after qualifying two mounts for the jump-off.  With Bonzay, Jonathon Millar, also of Perth, ON, was clear and crossed the timers in a time of 43.52 seconds for third, while Daveau also jumped clear in a slower pace of 48.52 seconds.  Jonathon Millar and Bonzay were recently named to the Canadian Show Jumping Team for the upcoming Nations’ Cup team competition in Samorin, Slovakia, in August. 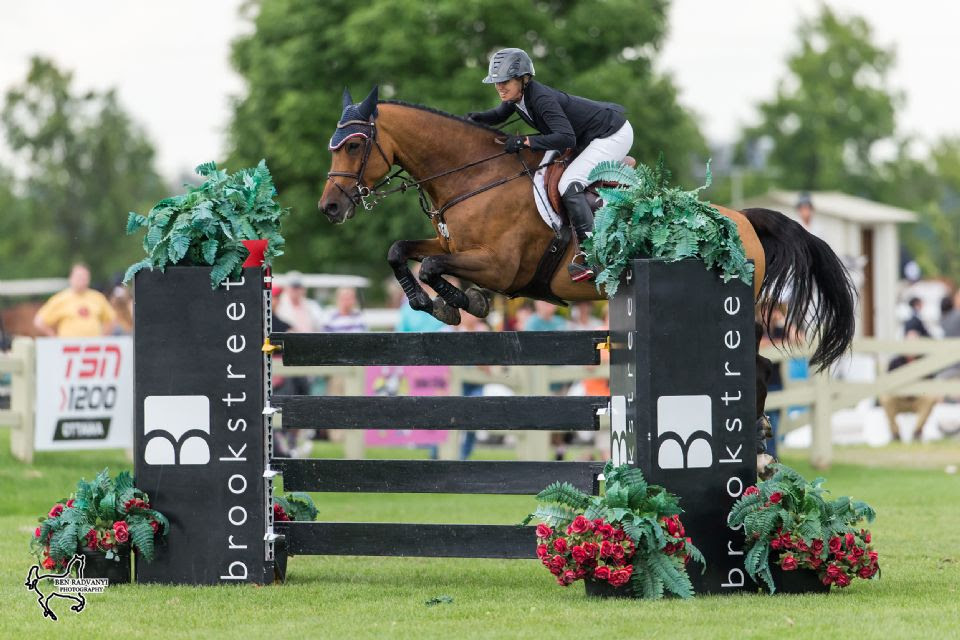 At last year’s event, Underhill won the $100,000 CSI Jumper Classic during the Ottawa International Horse Show, and she was happy to make a return trip to the winner’s circle at Wesley Clover Parks to hoist the Brookstreet Grand Prix trophy.

“I love the atmosphere, and it’s a beautifully-run show,” said Underhill, 54.  “I thought that the management team did a fabulous job.  As riders and competitors, we come here because we know it’s going to be top-shelf, we’re going to see our friends, and we’re going to hang out at the Brookstreet Hotel.  I just love Ottawa; it’s always a premiere event on my schedule every year.”

Beth Underhill is presented with the $50,000 Brookstreet Hotel Grand Prix trophy by Nyle Kelly,
General Manager of the Brookstreet Hotel, and Amber Marshall, star of the CBC’s Heartland.
Photo by Ben Radvanyi Photography

Family-friendly ‘Celebration of the Horse’ activities will also take place from 10 a.m. to 4 p.m. on July 21, 22 and 23, offering a kids’ zone with bouncy castles and slides, face painting, balloon and glitter artists, children’s jumps, demonstrations, and many more activities.

Admission is $5 a day at the gate, with children aged three and under admitted free.  Weekly passes are also available for $20.

For more information on the Ottawa National Horse Show and CSI3* Ottawa International Horse Shows, visitwww.wesleycloverparks.com.  Be sure to keep up with all the action by following Wesley Clover Parks on Facebook here.

The Government of Ontario has generously provided funding support for the Ottawa National and CSI3* Ottawa International Horse Shows.