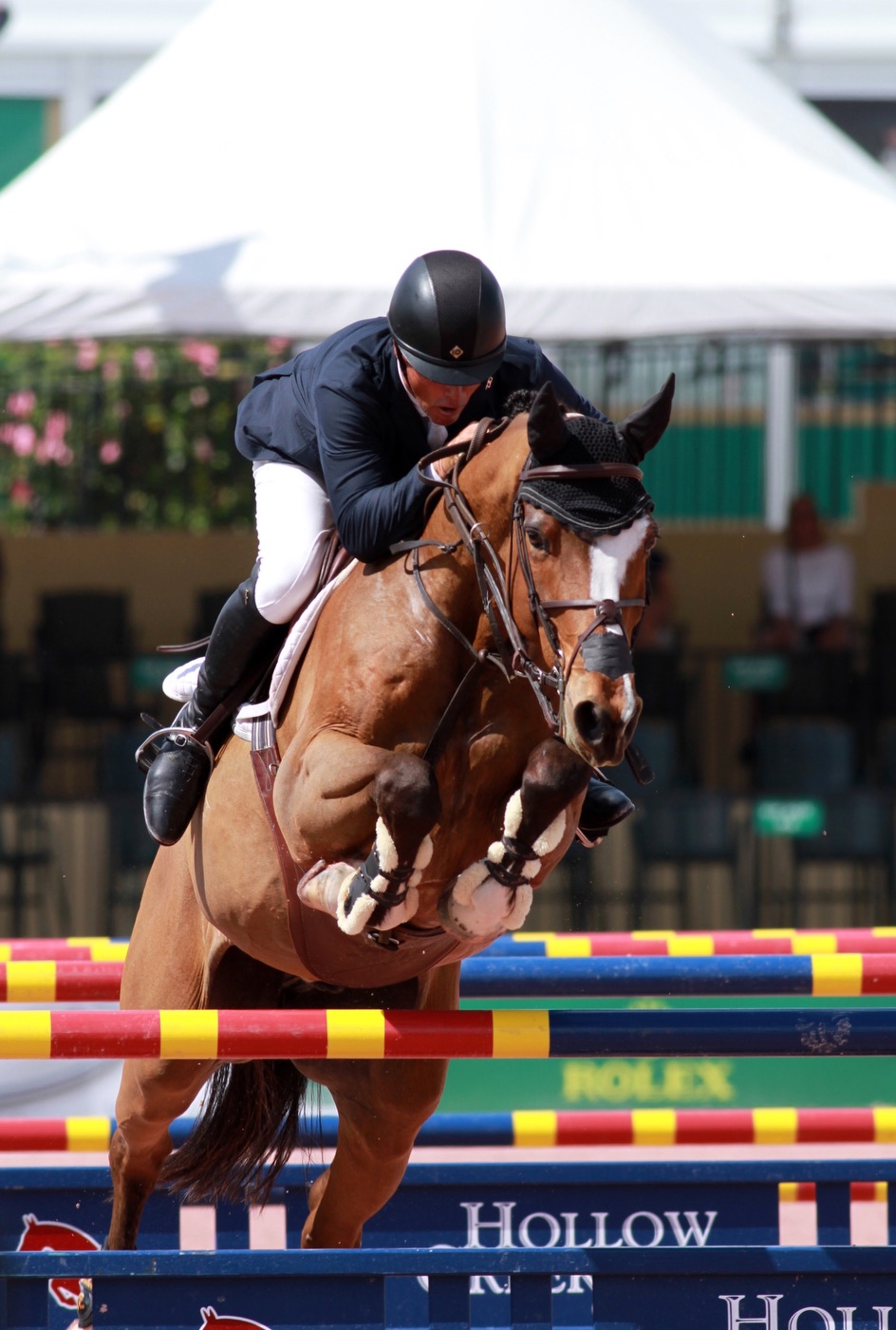 A great deal is riding on the outcome of the $1 Million that features a confirmed 40 horse-and-rider pairs, based on the AIG Million Rider Rankings. If all goes as planned, Minikus and his former Dutch Warmblood partner that he says is “real careful” will be celebrating and galloping all the way to the bank.

Minikus was offered the ride on Valinski S and jumped at the opportunity to add the $1 Million to his busy show agenda, hoping to make quick work of the competition and add a second win to his resume. A rider with over 130 Grand Prix trips to his credit, Minikus won the $1 Million at HITS Saugerties in 2014 on the famous mare Quality Girl, and has earned several more top 10 finishes in the event.

“I am feeling pretty good about it!” exclaimed the USET veteran, when asked for his thoughts about jumping in the hotly contested class. Banking on his history and previous successes with Valinski, along with a quick tune-up in the show ring this past weekend, Minikus has high hopes that the gifted jumper will be at the top of his game on Saturday, March 18, and help them top the leaderboard.

While Todd made the cross-country trip from east to west coast in order to prepare for the Thermal, California Grand Prix, his talented “Team Minikus” riders kept the wins coming at the Winter Equestrian Festival in Wellington, Florida. During week nine, adult amateur student Stefani Green who hails from New Jersey with her horse Wender R to compete with Team Minikus, took first in both the $1,500 Adult Jumper 36 & O 1.10m class and the $10,000 Adult Jumper 36 & O Classic 1.15m class; she claimed the overall division championship as well. “It felt great; it was a good win!” Green exclaimed.

“Todd has been teaching me how to ride efficiently and be a better rider, and to just let my horse do his job,” said Green, who loves Wender R’s scope and natural ability. “It was a great season and it culminated with some great wins.”

“I can’t say enough about Todd,” she added. “He is a great trainer and great person, and certainly knows how to bring out the best in not only his riders but also the horses.”

Several more Team Minikus riders are excelling during this show season in Wellington. Erin Schiller rode both Fredastaire and Casanova, bringing home a notable seventh place finish out of 34 riders aboard Casanova in the $1,500 Adult Jumper 18-35 1.10m class. Tori Corts finished second with Chellini among a packed field of 57 riders in the $1,500 Med. Am. Owner Jumper 1.30m class. And Catherine Wachtell battled it out in several very large classes including the High Am. Owner Jumper 1.40m and 1.45m with her partner Indy Van De Roten.

“The girls have being doing great the past couple of weeks. They are trying hard and doing a good job,” Minikus confirmed.

Thrilled to watch the success of his students as they grow and develop, Minikus will continue to coach his jumper riders and their mounts throughout the 2018 Winter Equestrian Festival, which concludes at the end of March.

When not competing nationally and internationally, Minikus offers sales and training services at his home base in Wellington. An FEI Nations Cup veteran and two-time U.S. Pan American Games Team Bronze Medalist, Minikus was also named Equestrian of the Year in 2014.

Fellow rivals and spectators alike can expect to see more of Team Minikus during the remaining weeks of competition at the Palm Beach International Equestrian Center. For updates and to follow all the excitement surrounding Team Minikus, check the official Facebook page and Instagram @Todd_Minikus, or visit www.ToddMinikusShowJumping.com.