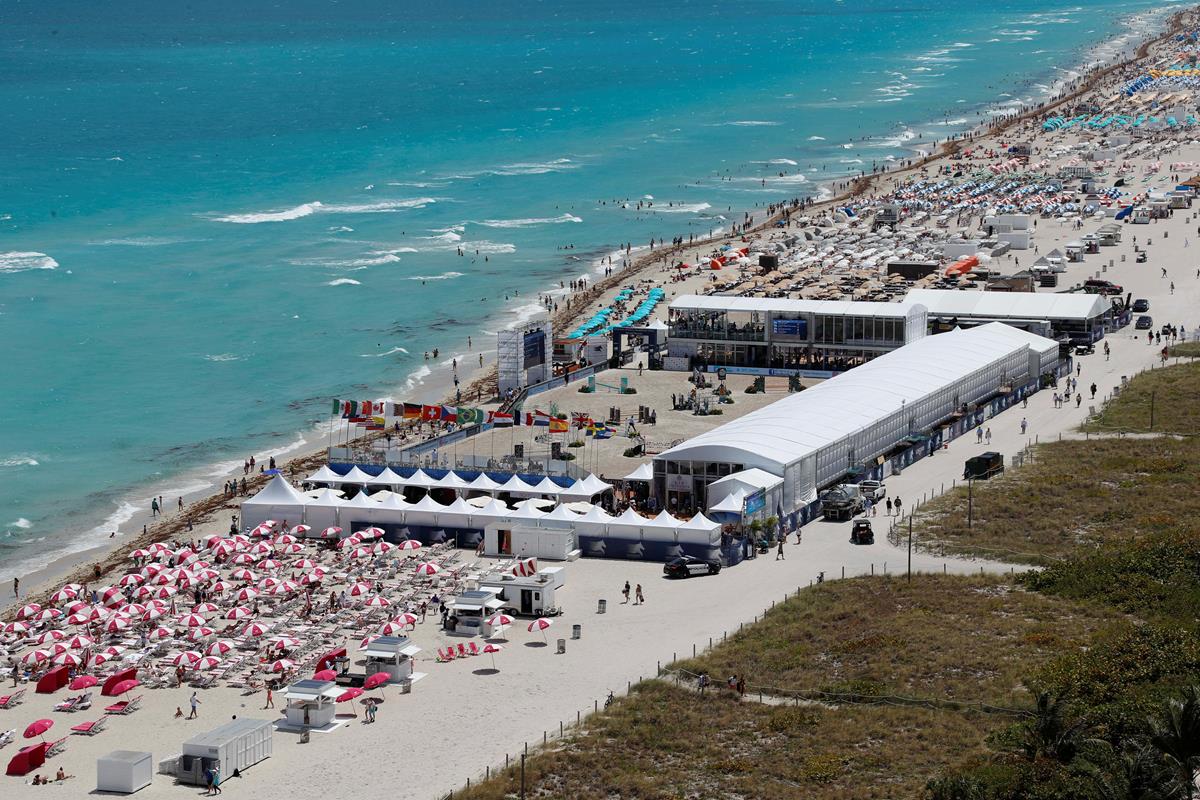 Above: Photo by LGCT / Stefano Grasso

The ground-breaking venue of Miami Beach will see a tantalising line up of the stars of show jumping as top sport plays out over three days on the shores of the Atlantic Ocean.

The venue on America’s East Coast is one of the most spectacular in the sport and sets a dazzling stage for the second leg of the 2018 circuit from 5 – 7 April with free entry for spectators each day.

Fresh from his LGCT Grand Prix of Mexico City win and back in action this week will be Olympic Gold Medallist Scott Brash (GBR), with the British star also winning the inaugural LGCT Miami Beach back in 2015. He’ll be hoping to carry through the momentum of his recent success, however will face the challenges of previous Miami Beach winners Edwina Tops-Alexander (AUS) and Jerome Guery (BEL), who won in 2016 and 2017 respectively.

American fans will have plenty to cheer for with an exciting line-up of home heroes. Laura Kraut (USA), Jessica Springsteen (USA), Margie Goldstein-Engle (USA), Beezie Madden (USA), Jennifer Gates (USA), Georgina Bloomberg (USA) and Lauren Hough (USA) will all be looking for a home turf win, and an extra boost from their home fans as they compete against the top international riders in show jumping.

With just three points difference in the overall LGCT ranking, Brash will want to widen the gap to the high-calibre field behind in his quest for a third LGCT title. Hot on his heels will be Alberto Zorzi (ITA), Daniel Deusser (GER) and Eric Lamaze (CAN) – all within seven points of Brash and hungry to knock the two-time LGCT Champion off the top of the rankings, propelling themselves into the lead as the 2018 season picks up pace.

With the world’s best riding just metres from the Atlantic ocean, the second leg of the Championship promises an edge-of-the-seat weekend of top sport. The game-changing venue of LGCT Miami Beach has become one of the most spectacular show jumping destinations in the world, with fans flocking to the sands to see their heroes up close, and hundred of thousands more tuning in on the website live streaming. From all over the world, riders and horses have flown into the high profile US destination, with the American stop on the 16-leg Championship undoubtably one of the most highly sought-after.

As well as winning the 300,000 euro LGCT Grand Prix, riders are also fighting for a golden ticket to the GC Prague Play Offs, where each individual winner will earn a place in the Longines Global Champions Super Grand Prix – the ultimate face off in December where the season’s winning riders will battle for the lion’s share of 1.25 million euros.

So far, Scott Brash (GBR) is the only rider to secure his place in the final showdown, but who will join him after this weekend in Miami Beach?

Tune in via GC TV and on FB Live to watch all the drama unfold. For a full schedule, please click here.