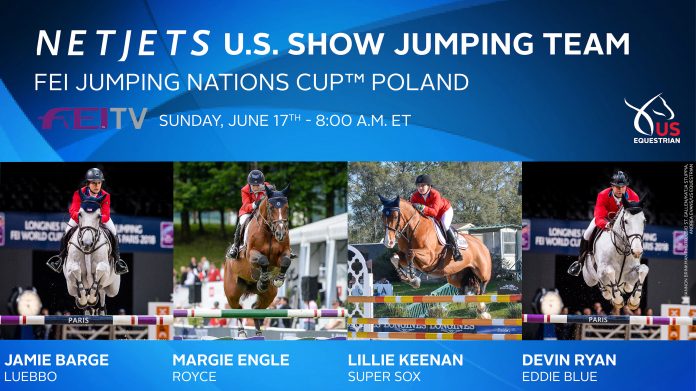 Ryan and Eddie Blue finished third in the $250,000 Sapphire Grand Prix of Devon at The Devon Horse Show.

Competition will be held at the Hipodrom Sopot on Sunday, June 17, at 8 a.m. ET and will be streamed live on FEI TV.