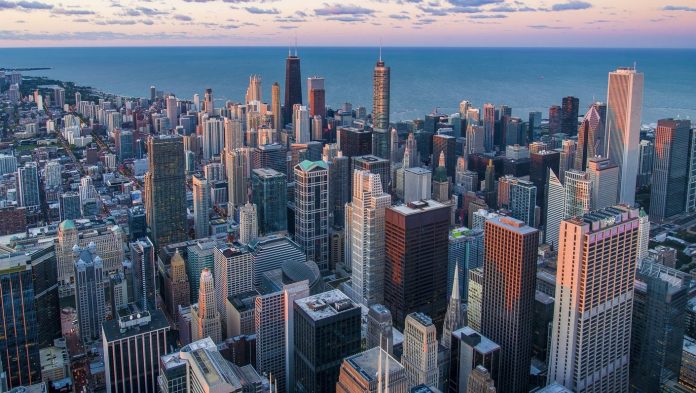 On the back of a horse, I learned what it felt like when fear took reason hostage. I knew how fear could send my body (and the bodies of my horse-riding friends) into chemically induced chaos. I learned how it felt to clench my teeth, and feel my thighs chatter against the leather of my seat.

From up on a horse or at the end of the lead rope, I had to create a tiny lexicon of coping mechanisms. I learned little ways to seek reason, even when the chemicals took over.

The first week of October, I started a game called “count the cops.” Entering my Chicago neighborhood, I would start scanning my leafy streets dappled by streetlights.  Two cops in an SUV, one in an unmarked car, two more on street corner, three more biking down the path past the sand dunes at the park near where I parked my car. The game was a modification of one I had learned that helped nervous riders and nervous horses. “Sing the ABC’s,” a friend taught me. She learned it after getting thrown over a jump, and sang it through anxious tears as she got back on to count her strides. I passed it along to another friend as she fought through her own set of shakes on a cold afternoon.

Singing forces breathing.  It forces the rider to find rhythm, to unclench—let nervous tears fall.  Come off around a narrow turn?  Stick your feet back in your stirrups and start singing. Nervous about violence in your neighborhood? Count the cops.

At the end of the first week playing this game,  I went up to a group of investigators in bulletproof vests were parked nearby. “Hey guys,” I said, “Can one of you walk me home? I live in the building around the corner.”

Thumbs hanging onto the edges of his vest, the officer who walked with me chatted about my commute to the suburbs for work. We talked about the weather and the neighborhood. “I have been with the force in the city 20 years, and Rodgers Park is not like anything else. Everyone lives together, rich, poor, black, white, immigrant, local. They even live next to each other.”

“Yeah, its great right?  That and Lake,” I said lifting my chin toward Lake Michigan. I could still just barely hear it roaring nearby. I thought about a friend of mine who lives up the street. She is black, I am white, and this is one of those rare places in the country where both of feel like we belong.

I tried to smile to the officer, but babbled about being scared. When I started the counting game, two people had been killed in my neighborhood. Killed by the same gun, two days apart.  One an older gay man walking his dogs, the other a young Orthodox Jew, playing Pokémon Go in the park. It wasn’t a drive by, an altercation, or a robbery. Their wallets still in their pockets.

“You know, they died quickly,” the officer said. “We are also here now. You are safe.”

I know he was trying to make me feel better, and was grateful for the effort and the walk home. Still, it was strange that the fact that these men died quickly was where my escort found comfort. This fact that they didn’t suffer was where he looked for reason, because it was the only bit of reason he had.

As equestrians, we are the interpreters of reason. We are the ones who must explain that the lamppost, the garbage can, this yellow reflective sharp corner sign on a country road, is no reason to panic. We are the ones to teach horses that they, the prey animals, are not going to be eaten by the things in front of them.

We often do crazy things to desensitize our horses to such objects. We make them touch their noses to swaying vinyl banners for motor oil that sent them sky high. We guide them over puddles that left them locked kneed with terror. Over and over and over. We teach them that the best way to conquer fear is to look it in the face. We teach our horses that they are allowed to be afraid of it once, but then take a look, understand, learn. A horse should learn to look to their rider for reason, Yet, the best equestrians teach a horse to reason for themselves.

I once knew a woman who could quiet almost any horse. She would climb on and something in her hands and her seat and her spirit settled it. I do not have her gift. I am the opposite. High energy, my seat pulses are almost electric, I love to go, go, go.

The second shooting was on my street at about 10:30 at night. I had just gotten home from a riding lesson an hour before, parking my car in the parking lot next to where the man died. I went inside, graded papers and then remembered at around 11:00 that I left a dirty Tupperware in the passenger seat. I walked outside, and saw the street pulsing from lighting and rain. Squad cars covering the area; police tape blocked the parking lot.

Fear began to sizzle under my skin. “Maybe it’s time to move,” my aunt said on the phone with when I walked back inside.

I answered before I could think, “No, this is my home.”

The next morning, I watched the news footage of the body bag rolling up the sidewalk and down the turnaround 100 feet from my building.  I went out again for the Tupperware. Once outside, my feet went searching for the spot where it had happened. I walked past the bits of crimes scene tape, and over the pavement, back and forth. There was still the beautiful park with the tall native grass. At first, I thought I was walking over the spot out of morbid curiosity, but I now realize that it was my equestrian training. If I kept walking over it, maybe I would no longer be afraid.

The bravery of equestrians is worth marveling. I have seen a hundred-pound woman load an angry stallion in a trailer as he struck out his front hooves. I have seen an old cowboy dust off his wranglers and get back up after getting knocked to the ground by a horse blowing through a gate. I would be the first to tell you that I am not a partially brave rider, but even I have stayed on after my share of bucks and close calls.

We teach our horses, and ourselves, to not be fearful, because fear robs us of everything that matters.  A horse that is afraid loses the rhythm in their trot during their dressage test. A horse that is fearful refuses the bigger jump. A rider that is afraid can’t problem solve a complex reining pattern, or notice the little things that could make or break their performance. We, like horses, lose ourselves in fear.

Fear made me forget that everything is always more complicated than our flight or fight response.   It made me forget that my blue eyes, red hair and the decal on the back of my car of a horse and rider clearing a fence are all signifiers that I can seek comfort seeing law enforcement when others cannot. It made me forget that I live in a neighborhood of 50,000 people in two square miles and that statistically it is unlikely that I will get shot on my street corner, even though my nerves are still frayed when I get out of the car.

I haven’t told most of my equestrian friends about the shooting. The words catch and snarl when I try to speak like a fairy stirrup in a mare’s mane on a windy day. On the one hand, I want the comfort of these practical, good-humored people. On the other, filtering through their fear-based, knee jerk reactions sounds exhausting. Many of the horse enthusiasts, breeders, trainers, and owners have told me that they hate cities. They hate the crime, the noise and the traffic. “How can you live there?” They say.

I understand them. Sometimes I miss being able to leave my keys in the front seat when I pull into the drive. I miss the rhythm of a life punctuated by feeding times and farrier calls. I miss watching the sky churn with weather and season unmarked by row after row of buildings.  But I know that part of why some horsemen and women don’t like cities is because of a deep seeded, often unspoken fear of people who aren’t like them.

In a city, I am confronted by people who do not look, sound, talk or even think like I do. While this is sometimes true in the small towns, suburbs and even in the countryside, it is more of choice of who we interact with.  In a crowded city, we don’t have that choice.  Even if you work in the safest skyscraper downtown and you have a private car pick you up at the front of a building, a homeless man walking past in the rear-view mirror may shake up your view.

A trainer recently told me that good balance is key to calming a spooky horse. She explained that we should think about it as if we were carrying a child out of a burning building. “If they are balanced on our backs, we will stay calm, keep them safe and get out. If they are not, we worry about them falling off and panic about our own safety.” This is the same for a horse. Maybe this is the same of all fear. If we face it with balance, we will overcome it with fewer scars.

In a way, they both smell of home.

Gretchen Lida is an essayist and an equestrian. Her work has appeared in The Washington Post, The Rumpus, the Los Angeles Review of Books, Horse Network and many others. She lives in Chicago, and is still a Colorado native.

The inaugural $2500 Equestrian Voices Creative Writing Contest celebrated stories written by and for horse lovers from all over the world. We were inundated with amazing narratives about triumph, loss and the deep emotional experience that is being with an amazing horse. To learn more about the 2019 contest, visit theplaidhorse.com/write.

How Horse Trainers Can Save Thousands on Their Taxes