Home Blogs Barn Lounge How the Wrong Trainer Can Kill Your Confidence: A Cautionary Tale 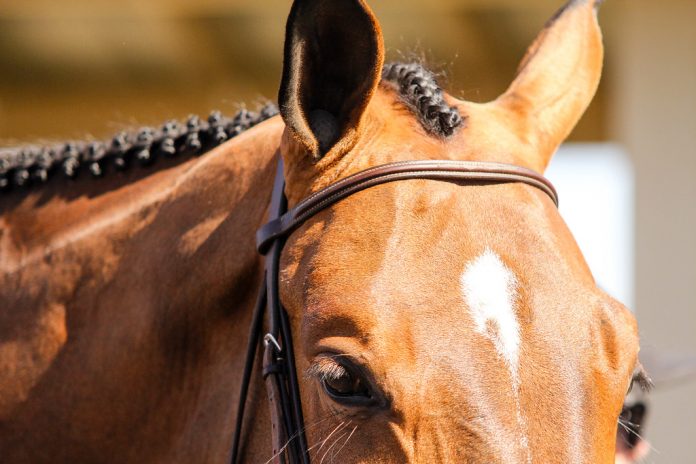 BY A REGRETFUL AMATEUR

There wasn’t one specific comment that did me in. There were years of comments. I had been at a medium-sized show barn for about 5 years. The facilities were beautiful. The horses always looked well turned out, shiny, muscular, and lovely. The barn offered full service to their clients, so if I was running late from work, not a problem. My horse would be ready and waiting for my lesson.

I grew up riding and showing. Riding has always been second nature to me, and was my calm. It took my mind off of everyday stresses and brought me joy. I was so excited to start showing on the A circuit again as a young advertising professional. I had spent much of my young life horse showing before I left for college and started my career. I was ready to do that again after getting my sea legs back in the local circuit.

Growing up, we rode whatever we could. I sat on lots of animals and was always confident in my ability. I would get the normal show nerves, but I was still the type that couldn’t wait until it was my turn to go in the ring. I loved when I would get to jump the bigger jumps in a lesson. I worked hard at riding and spent most of my time at the barn. The horse that keeps stopping?  Sign me up—I wanted to be the one to change that. Short strided? Oh, got it, I’ll believe in the forward ride with all my heart. I was scrappy and gutsy.

Then I started taking lessons at the new barn. They found me a nice horse to get back into the 2’6 hunters, with plans to work up to the Adult Amateurs, and maybe even beyond. He was kind to me over fences. If I asked for one too long, he would just chip out. If I saw nothing, he would keep the pace until something showed up. We were having success and I was back in a normal spot for myself, holding my own, happy to get even a brown ribbon in a competitive field. I was feeling like myself back in my younger days.

But something started to change. When I moved on to my next lease, I was told over and over how amazing this mare was, what she had won in her day, and how she makes ‘Even so-and-so look like they can ride’. That was the first red flag. Unfortunately, I didn’t notice until it was far too late.

To me, the mare simply sounded like a dream horse. It didn’t occur to me to wonder why I needed an animal known for making people who ‘couldn’t ride’ look like they weren’t that awful (we are all amateurs, after all, aren’t we?). This was the type of negativity embedded in the barn culture. But I was so focused on working my way up the corporate ladder and riding in my spare time that I didn’t look too closely at the trainer who was teaching me. Didn’t really hear the types of comments that were made.

That junior who was incredibly successful at our barn? “Oh, she’s awful. She’s lucky that horse gets her around a course.” Once, the horse stopped for apparently no reason in the show ring and there was lots of sympathy to her face, but unkind words behind her back. Unkindness from the professional. Notice that word I used? Professional. A person we go to for help, and in front of whom we should be able to make mistakes. This trainer appeared to be cheering everyone on, while in the background, they were just catty, tearing their riders down. I overheard this trainer say more than once that if it weren’t for a fancy horse or pony, one of our riders would never get a jog or pin in good company. This was a grown adult, being paid (quite a bit) in a luxury sport, who apparently needed to feel superior to their own clientele.

I watched another rider qualify for some rather impressive finals. Didn’t matter, she was a terrible rider also. I watched my adult friends who tried hard but just made mistakes get eye rolls from the trainer. What was even the point in trying when they just “sucked?” I don’t even like when I hear children use the word “suck,” let alone an adult I’m paying for their expertise.

Then at the horse shows, there was the show prep (so much show prep), lunging, pro rides, and God knows what else. We were made to feel like we couldn’t work with our horses ourselves. To be fair, for some horse and rider pairs, pro rides were absolutely a necessity. But this was not necessarily true across the board, and it only underscored the lack of confidence our hired professional had in us.

The cumulative effect of hearing all of this negative commentary was that I started to lose heart. What came next was a dash of fear. If the trainer spoke like this about my fellow riders, she must be saying the same about me. Over the course of my time riding at this barn, I went from a young adult rider feeling that I rode pretty well, to someone who began doubting my abilities on a daily basis.

This was a classic case of a toxic relationship where the problem is them—it’s not you. I didn’t lose heart in the sport that I love for any reason other than this trainer. They were the problem. Not me. But by the time I realized that, it was far too late to undo the damage.

I’m at a new barn now, but the damage has been done, and the negative commentary, along with all that excessive prep, has left its mark on me. Warming up at a recent show, I froze. Was my horse lunged enough? Was she going to be wild and dump me? I mean, she had never done anything like it before, but thanks to the countless horror stories and scenarios I was told about, I’d become convinced it was just a matter of time.

At the old barn, I was told I shouldn’t ever have to ride through anything because that is what the pros do. That simply killed my confidence. And not just mine, but other clients as well. I moved on to my new barn, and from the outside I still came across as competitive, capable, accurate to the fences, and having a great time. But on the inside, I was paralyzed. All of the things said about every other client over the years added up. My brain couldn’t function like it used to. I no longer trusted anything I rode.

My new trainer could tell right off the bat how little confidence I had left. I told them I could not handle hearing horror stories because they’d send my anxiety into overdrive. I went from having my sights set on getting back to the 3’3/3’6 ring when I started at that first barn, to allowing the fear and doubt to overtake my thoughts. I wish I’d recognized it and left that toxic environment sooner. Or spoken up.

In the end, I failed to see how I needed to clarify to a grown adult that acting like a middle schooler is in bad form. It’s now been a while since I left, and I’m just starting to get my groove back. It’s never too late, but it could have been much, much easier if I would have opened my eyes and believed what I saw and heard from the start.

If any of this resonates with my fellow amateur riders, writing this blog post will have been worth it. There is so much negativity, cattiness, and insecurity in some corners of the horse world, and it can be hard to identify unless you know what to look for. Find yourself a barn and a trainer where you feel supported and encouraged. And you can get back in touch, even if just for a moment here and there, with that brave, horse-loving kid who felt confident in the irons. No one should take that away from you.

10 Times We Said Yes to That Mane

The Plight of the American Show Horse Breeder