Home Blogs How to Stop Procrastinating: Tips & Tricks for Students 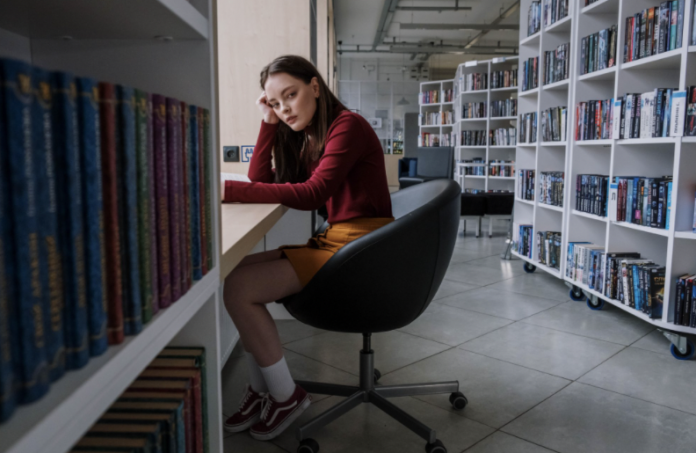 Sadly, the advice on how to stop procrastinating is usually given by people who are not prone to procrastination. Hence the all-too-common: “look for motivation,” “organize your time,” and “turn off the notifications on your phone. Alas, as our experience shows, such advice for procrastinators is completely useless.

Procrastination is, in simple terms, putting things off. It can manifest itself in everyday life (not washing dishes until there are no clean plates), in work (turning a project in the last days before vacation), and, of course, in school. Who hasn’t prepared for a test on the last night, or urgently closed all the debts from September before the session began? That’s right.

It is worth noting, however, that simply quitting your studies and catching up the night before an exam is just plain laziness and slacking off. The procrastinator remembers the impending deadlines, thinks about things, suffers from the fact that they are not done, and is almost ready to take them on, but constantly something prevents him. The closer X Day comes, the more he blames himself for the lost time, which is often the condition that prevents him from getting down to the task at all.

To find out how to stop procrastinating, it is necessary to understand the reason why you have this procrastination in the first place. There are many of them, but there are a few most common.

Lack of importance and urgency.

Many things don’t need to be done here and now – they just need to be done “someday.” At home, it’s like sorting out your old baby stuff or putting your pantry in order. At school – to sign up in the library (like a need, and like there is the Internet), to rewrite an old test (the final score will be higher, and maybe not, if the teacher changes his mind), to change the supervisor (I like the other more, but this is not so bad), to buy essay online cheap (or to write it by yourself).  In other words:

If at least one of these points is wrong (control can be rewritten only until the credit week, and the assigned supervisor is sure to fail at the defense), procrastination is unlikely to appear in all its horrifying glory.

Only an assessment of the big picture can help. If there is a vague case hanging over you, you have to sit down and think about why you have it in the first place. What would change in your life if it were done? How much good will it do you, and what will it do? With the right questions, you can change the goal to a more specific one. For example, not “I’m going to take up foreign languages someday,” but “to go to Europe on the next vacation, I need to enroll in an additional course in a foreign language. As you can see – the purpose, term, and reason for the action are clearly stated.

It would seem that if you want to do everything perfectly, you will work all your free time. But much more often such an approach makes a person simply abandon the case halfway through – if a person realizes that he or she will not be able to do it as well as he or she would like. And the problem here is not only in the “either perfect or nothing at all” – often a person simply transfers the negative emotions of a poorly completed task onto himself or herself.

To stop procrastinating, you must learn not to take negativity personally. Of course, it’s easy to advise such things, but I know what I’m talking about. Low achievement, little experience with some things, mistakes in doing them all have no bearing on the kind of person you are. Everyone has the right to make mistakes, to do something wrong or of insufficient quality, and that’s perfectly normal. Once you can accept that for yourself, the urge to quit in the middle will diminish. After all, some things are worth doing, not to get ahead of the competition, but just to be happy and have a good time.

Yes, that happens, too. Some people need the threat hanging over them vitally. They are the ones who prepare for exams in a couple of days and pass it with flying colors. This kind of procrastination, on the contrary, makes the whole will into a fist and puts off all but the most important things – but only when the deadline comes.

Listen to yourself. If you work better on the last night and still produce excellent results, why burden yourself with trying to get things done in advance? Generations of students have shown that such procrastination has no negative effect on grades. And since it does, start studying at a time that is comfortable for you.

It’s not clear how to start or continue.

Even if you have more or less defined the task, you may be trapped by the fear of the unknown, the unpleasant emotions of failure, the fear that you will complete the task incorrectly. In the end, just the anxiety that you will go the wrong way and have to start all over again. One manifestation is doing minor tasks instead of major ones (e.g., picking out clothes for a diploma defense, rather than preparing a speech and checking out a graduation project). They’re easier, they’re known, they definitely won’t be a problem.

What to do about it.

Just remember that you have to go through it. Set aside a little more time to do it, don’t blame yourself for losing all your efficiency for the first few hours. If you have someone to ask, by all means, do it! There is no shame in asking your elders for information. Also, by the way, there’s nothing wrong with overdoing it at first, correcting mistakes, and feeling out the right way. Everything happens the first time, and that’s perfectly normal.

Reluctance to get to work.

This includes low motivation, boredom, a complete lack of interest in the process, and the availability of more pleasant and useful activities. In general, everything that usually people try to reproach procrastinators. People prone to this type of procrastination, firmly convinced that they will get down to work, even allocate time for it. Just a little later. And a little later. And also… oops, it’s evening! Well, tomorrow then. Sometime around lunchtime. No, better before dinner…

What to do about it.

To start with, it’s a good idea to calm yourself down a bit. Those who just put things off are, after all, a little more successful than those who are just afraid to get down to it and do not think about deadlines. At least they set aside time to work, and therefore have time to do at least something.

And to deal with that, you have to go back to the first tips. Don’t forget to assess the situation as a whole, to make sure there is still plenty of time and opportunity. Try to find additional, more satisfying reasons to do the things you need to do.

Why Are MIT45 Kratom Capsules Popular?