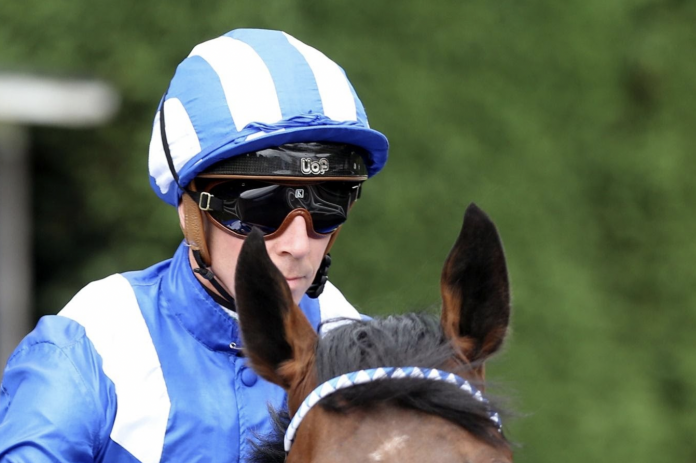 The onus was on two jockeys heading into the iconic British Champions Day at Ascot last month — Oisin Murphy and William Buick. The former started the day with a slender lead over Charlie Appleby’s number one rider in the British Jockeys’ Championship, and while Buick threatened to turn things around with a victory aboard Creative Force in the Sprint Stakes, it proved too little too late and Murphy was crowned the Champion Jockey for the third time in a row.

However, while those two jockeys had their own personal battle going on in the traditional season-ending meeting, Jim Crowley wasn’t prepared to sit back and allow them to make all the headlines on British Champions Day. Instead, he stole the spotlight somewhat, becoming the first ever jockey to land three winners in the same renewal of the prestigious meeting.

British Champions Day hasn’t always been the best meeting for the 43-year-old. In fact, he went into this year’s meeting with just two winning rides from 22 attempts. That is what made his amazing, unprecedented 215/1 treble, which not many punters could have predicted in the Betdaq horse racing tips, all the sweeter.

Crowley’s first winner of the meeting came in the third race of British Champions Day — the Fillies & Mares Stakes. In the saddle of Eshaada, the jockey caused the biggest upset of the day. Travelling strongly and chasing the leaders, the 16/1 shot was pushed along two furlongs out and soon led. She faced a strong challenge from Albaflora in the final furlong, but Crowley and Eshaada just held on to win the one-mile, four-furlong race by a shorthead.

There were back-to-back victories for the jockey and trainer William Haggas as Baaeed beat the favourite Palace Pier over the line in the Queen Elizabeth II Stakes. Boasting a narrow lead going into the final furlong, the unbeaten three-year-old was pressed hard by John Gosden’s market leader, but he had enough in the tank to ensure he kept on well in the closing stages and won by a neck.

Palace Pier has since been retired to stud, with Gosden criticising Frankie Dettori’s ride in the multi-time Group 1 winners saddle, while Buick faring no better than seventh in the saddle of Master Of The Seas meant Murphy was finally crowned Champion Jockey after a nervy wait.

Crowley’s third victory of the day came in the Balmoral Handicap — the final race of the British Champions meeting. It wasn’t the best of starts from Aldaary and he was forced to race on the far side in midfield. But he started to make good headway when the field merged two furlongs out and was soon in the lead. The three-year-old went on to win by a length and a half despite drifting left inside the closing stages.

All three winning riders were in the unmistakable blue and white silks of the successful Shadwell Stud, and Crowley dedicated his amazing hattrick to the late Sheikh Hamdan al-Maktoum, who set up the operation in the 1980s. “I know Sheikh Hamdan will be looking down, smiling, and I owe him everything,” Crowley said. “He gave me this opportunity, he chose me to be his jockey. Although he’s not here to see it, it’s nice to be able to repay him.”